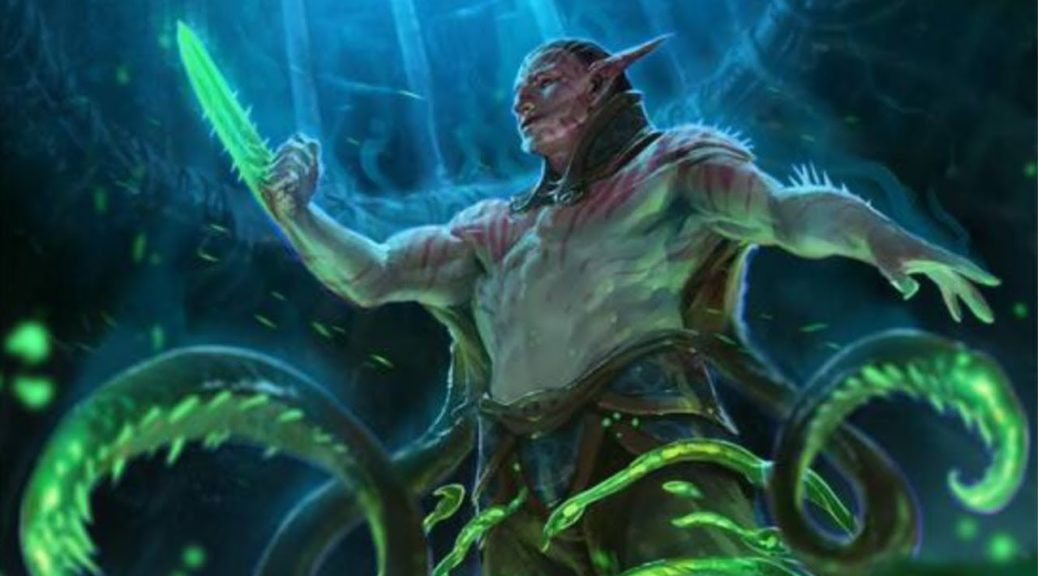 Today I want to talk about a commander that has far less impact than another but is an interesting case study in cumulative effects. If a commander isn’t as splashy as others but demands finite resources already in use, will enough people build the new deck while keeping the old deck together that a deck with lower individual demand can surpass another deck due to the nature of cumulative demand? Can we even measure that? We can try!

It’s no surprise that this flappy girl is flapping into the top spot in decklists. It’s powerful, obvious and gives Boros something it never had – tools to deal with usually falling way behind in card advantage. The numbers bear this out.

Second place for the week before the card even comes out is pretty strong, I think you’ll agree with me there. However, there’s a commander that didn’t even make the list, coming it fewer than Alesha’s paltry 37 lists this week that I think is more of the same and therefore isn’t as exciting but which could be a real boost to cards that already spiked once.

Roalesk’s 8 entries aren’t setting the world on fire, but with a few unique twists on the classic Simic “Here’s some +1/+1 counters for your creatures, you ugly idiots” scheme that we’re all used to, this could be a deck people build and, more importantly, don’t cannibalize their other decks to do it. If there are cards that are in a greater variety of decks that are very different and less likely to be torn apart, isn’t that information worth having, also?

We can’t really quantify how many people aren’t tearing their decks apart, but what we can do is see how many copies of a given card they’d need if they built every similar deck. Do people do this? Yes. I have Vorel, Pir and Toothy, Kydele//Thrasios and I’m building Roalesk. I also have Riku and Maelstrom Wanderer. You know how many FNM Coiling Oracles that is? A lot. Me needing one Aurelia’s Fury ever is good to know but me needing 5 copies of Inexorable Tide is worth looking into as well.

This is the first in a series where I start to set the record straight about EDHREC data. As the person who was the first one to use the data in MTG Finance analysis articles and also the person who feels compelled to clean up the mess when other writers use the data irresponsibly or capriciously. I’m not going into a ton of depth today but I will say that anyone who says “This card is in 4,000 decks on EDHREC” and leaves that out there like it means something probably don’t know what they’re doing, they just saw me work for 5 years developing an analytical method and summarized it as “say how many decks a card is in” which is flattering because at least they’re thinking of me. The raw number is almost meaningless on its own and I’m going to spend the rest of this series talking about how much more analysis goes into my picks than that throwaway bit of ex post facto justification.

If someone is a lunatic like me, how many decks are going to run their staples? I’m going to look at the Simic decks someone may have and if they have more than one, cards they’ll need spare copies of if they want to build Roalesk.

Q: What about people who proxy cards and keep one copy, jamming it only in the deck they’re playing at the time?

Q: What about people who take their decks apart?

Q: Why are you doing this if you can’t quantify it?

A: Do you think the number of people who will buy a new Doubling Season for Roalesk if they already have Pir and Toothy built is 0?

A: Are we good here?

Q: That wasn’t an answer, that was a question?

Before I get into the stuff that’s in every Simic counters deck, I want to throw a few Roalesk-specific cards in so it’s enough like a normal article that you’re still glad you’re a Pro Trader getting this early.

Looking at CK prices, this is down from its all-time high, and wouldn’t you know it, that peak was when they printed Commander Anthology 2. Anthology really undermined the confidence in the price and it’s beginning to recover, especially buylist price with a potential arbitrage opportunity happening recently. Blade is a really good Roalesk card because the Legend rule gives you a ton of proliferate triggers and the ETB triggers are pretty sexy, too. In short, Roalesk is the best Blade of Selves deck in history. These aren’t going to be easy at all to reprint and if they dodge a printing in Commander 2020, which I think is likely, this is a $15 card. Easy double-up here at least if you can scoop the $5 copies.

Roalesk is the best Blade of Selves deck ever which makes it the best Sage of Hours deck since Ezuri. Are you going to take Ezuri, a different deck that has its own unique quirks, apart to build this? You might, but I’m not going to and this demand could be cumulative if enough people don’t. Even if it’s 1% of Roalesk builders, it’s still more powerful than people using Aurelia’s Fury for the first and last time, and those people buying Fury are less likely to buy multiple copies for future decks the way Simic players have begun to become conditioned to.

I need to learn to have more faith in my picks that take a minute to get there. I used to look at the price of Regal Behemoth when it was like $1 every few weeks and it wasn’t moving and I said “I guess I missed on this one” and that was dumb. Behemoth got there. This will, too. After all IT’S IN 9307 DECKS ON EDHREC!!!!!!!111eleven

Now that I’ve written what amounts to an entire article, I need to quickly get to my thesis before your eyes glaze over.

When you look at a card on EDHREC, if you’re not sure what to look for, it’s easy to fixate on the number at the top of the page –

And ignore the numbers lower down on the same page.

It’s important to look at how the copies are distributed and whether someone is likely to take apart an old deck to make a new one. Someone who has a copy of Doubling Season in Pir and Toothy might just take that whole deck apart to build Roalesk but someone with doubling season in Rhys is unlikely to scrap the Rhys deck to build Atraxa. If a new deck is functionally different from the old one, the odds that someone will buy a second copy rather than repurposing the one they already have goes up.

Also, there is a bit of an age bias here. Players have had much longer to build Rhys than they have Roalesk so newer decks won’t show up on the top. It’s been a pretty long time since anyone built a new Marath deck, for example. The best bet if you’re going to look at the cumulative effect on similar decks is to manually go to each commander’s page. It takes a minute but it is worth it to gather the data we need.

Here’s Pir and Toothy and 118 more decks, almost half of the ones in the database.

A lot of these decks are pretty similar in build and it’s likely a lot of them were torn apart when a newer, more exciting +1/+1 counter commander came along.

Our experience with Doubling Season has shown us that there is quite a bit of demand across a lot of very similar decks and it pales in comparison to the demand from just Atraxa. If someone tears apart Experiment Kraj to build Roalesk, you’re not creating new demand for Doubling Season, but who’s tearing apart Atraxa for Roalesk? Or Trostani?

Doubling Season is a card that is more likely to experience renewed demands from the printing of Roalesk because a lot of Doubling Season’s copies are not in Simic decks. The opposite kind of card? How about the card I clicked on to get a list of all of the Simic +1/+1 counter decks because I knew it would be in all of them?

That’s right. I am talking about this buffy boi.

In 7,411 decks, you can see the distribution above if you zoom in. If you’re reading this on a phone like a lunatic, I’ll tell you that while Atraxa is #1 and the combined pile of Ezuri runs half as many copies but the rest of the decks are all pretty close in number. Master Biomancer is going in basically every Roalesk deck if the person is smart, but is anyone going to leave a very similar deck together to make Roalesk? They’re not tearing apart Animar or The Mimeoplasm, but Ezuri and Momir Vig are less safe. Bear that in mind when you look at the number of decks a card is in and think you get to stop there.

That does it for me this week. I’ll try and do another hybrid “Here’s how I used EDHREC for this new commander” and “Everyone else is using EDHREC data wrong” article. Join me, won’t you?