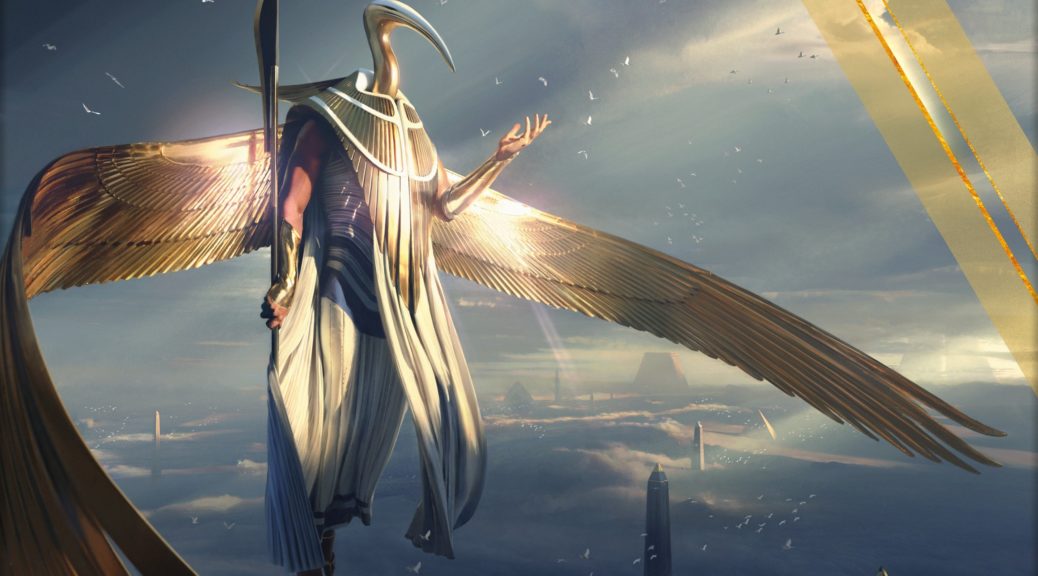 The thing that makes Kefnet so special is that it’s a blue card and it is the kind of deck that tryhards, wannabe tryhards and the one guy who loves to rule his casual meta with an iron fist. Magic players love Blue, not just because card drawing and permission and extra turns are great but also because they usually aren’t that athletic and see themselves as having superior intellect. If your first impulse on reading that is to write a stern comment in the comments section, you’re proving my point. If your impulse is to fight me, good luck, I’ll defeat you with my superior intellect.

Since Kefnet is climbing the ranks of the decks built on EDHREC as well as climbing  the ranks of priciest card (second only to Bolas and behind the Japanese alternate art walkers) in an insane set, what is going on with this deck and is there any money to be made?