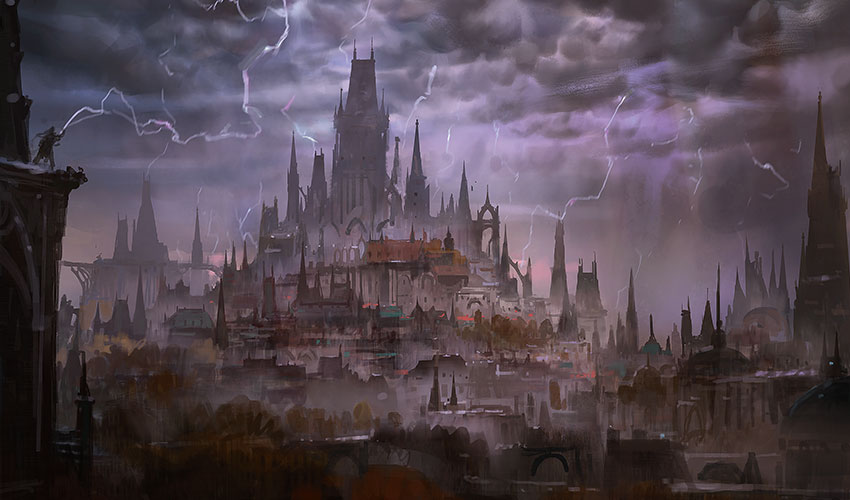 One of my guiding principles in buying, trading, and selling cards has been the belief that attention and new things can really distract us from potential profit.

For instance, right now we’re all loving the new Standard format and Modern Horizons is making things go absolutely bananas. This is wonderful, because there’s a lot to look at and some profit to be made.

I want to look at the last two sets especially, because they have more than a year remaining in Standard. There’s two characteristics that have to be true for me to want to buy a card at this point:

First of all, I have to be content with the card as a long-term hold. It’s entirely possible that none of these hit and I’m stuck with copies for a long while. This is tricky for me, because generally, I like foils a lot more for long-term holds, but being able to put them in the long term box and move on with my life is important.

Second, I have to believe that the card does something relatively unique in Standard. This can mean good removal, or a planeswalker that’s being held down by the current environment. To put it another way: What might be better when Ixalan/Rivals/Dominaria/Magic 2019 rotate out in four months?

One pitfall I want to avoid: A great selection of cards was added to the Challenger decks this year, so I want to stay away from stuff like Conclave Tribunal (easy $2 uncommon) or Experimental Frenzy (buy the foils!) so that’s ruling out a few cards right away.

March of the Multitudes ($4 nonfoil/$9 foil)

A banner mythic and the quintessential ‘win more in Commander’ card, I love a relatively low buy-in point. The foil multiplier is lower than I would have expected, but I have a big sticking point: Finale of Glory. Being an instant is a very good thing, and Convoke basically means you’ll double the number of creatures in play, but Finale is just better when you get to it. The creatures are bigger, and should 12 mana be hit, it’s hard to imagine the game’s not over.

If March falls to a dollar or so I’ll get in but the price is a bit too high for me right now.

That’s a really low foil price compared to the original price, and I have to admit that I’m surprised to see that this isn’t seeing any Modern play at this point. This is not a good Commander card, so what I’m asking myself is “What deck wants this at rotation?” Mono-Red is basically gone when rotation hits, but losing the low-curve threats might open up a little more midrange in red, and that’s when this can shine.

I’m in for a couple of playsets, hoping for the spike to $10 by Christmas.

There’s an infinite combo in Standard, and it’s convoluted as heck. You need Ral, Storm Conduit in play, and two of these, or Ral used his -2, and you’ve got an instant on the stack plus one Expansion in hand. Basically you’re copying the copy spell infinitely, and dealing that damage with Ral.

I also like picking up Ral in the $2 range, because any deck that wants to combo off will want four of each of these. Explosion will always be Standard-legal with Wilderness Reclamation, which is a nice fallback position. Someone’s going to spike a big tournament with this wacky combo deck, and I want to be ready to sell the pieces of that deck.

Fiery Cannonade is good, but this is better and right now, we’ve got nearly-perfect mana for any color combination. We have all ten shocks and all ten checklands, which makes some decks run no basics at all. Jeskai Superfriends did very well the last two weeks, and this is one of the cheapest cards.

Even a minor bump will pay off quite nicely.

We’ve seen some decks trying very very hard with this card, and I always appreciate those willing to go the extra mile to get ten Shocks on the stack.

It looks like the red and white aggro decks will lose most of their good cards at rotation, so a janky combo card like this might be exactly what’s ordered. Plus, lots of decks have some random enchantment hate due to Search for Azcanta, and if TYS stays in play it’s going to be quite difficult to lose.

This is also great long-term, as being able to get 5+ Time Warp on the stack is exactly what Commander decks are looking for.

The good news is that this is a mythic card that is pretty cheap. The bad news is that as a legend, very rarely will the full four copies make it into a deck. Even the Selesnya Tokens lists would only run three.

However, picking up the foils at $5 is a pretty easy grab. Long-term, this has too many abilities not to be Commander-relevant and the foils will offer a much higher rate of return when they hit.

Right now, we have the mana to make three-color decks pretty easy. When Dominaria and Ixalan rotate in October, we lose the checklands, and I don’t know if we’ll get replacements in Magic 2020.

Control decks are also going to have Dovin’s Veto (an $8 promo right now, trade for them as soon as someone wins it at your FNM) and Sinister Sabotage as possibilities. What these decks want most, though, is a way to have the counterspell do something to help them win while keeping card parity.

I like Ionize best, because there’s a lot more copies of Absorb out there. Losing Teferi, Hero of Dominaria is a huge blow, though, and I wish I knew which flavor of control deck will be the go-to after rotation.