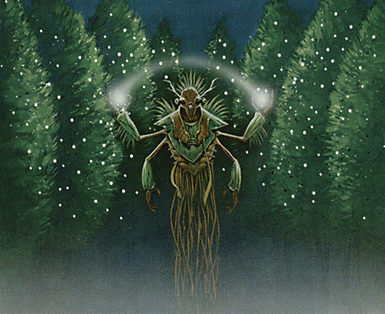 This puts you in black but it’s also pretty hilarious to dome everyone for 10 and then burn them out with spells. This also gives you access to spells like Exsanguinate which get better when you have a ton of verse counters. Of all the cards to pair with Aria, which may or may not be a thing, this is the most hilarious and is already trending up, albeit minimally.

A lot of these effects are good paired with Wrenn which isn’t going to be a new EDH deck, but could be in Modern and also could get people to dust off Mina and Denn or Angry Omnath. 2 mana ‘walkers are historically bad but this doesn’t appear to be in that camp. I also like Strip Mine and Wasteland right now.