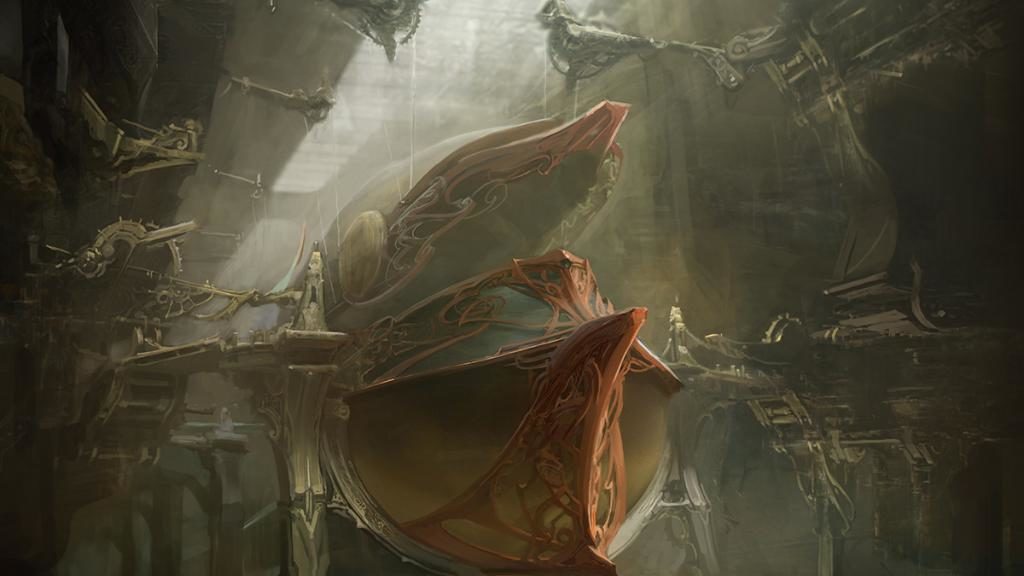 I’m not here to tell you how to feel about Oathbreaker. Is it a silly thing or is it a real thing? I don’t know. Is it Brawl which failed despite support from WotC or is it Tiny Leaders which failed all on its own? Oathbreaker proponents swear it’s the future, but they said that about formats in the past.

Either Oathbreaker is the new frontier or it’s the new Frontier. It’s actually not up to me to decide. I deride Tiny Leaders for being a wacky thing no one cared about long enough for it to sustain itself but the thing is, I recgonized there was short-term money to be made in that format and I loaded up on Sunforger and made that money. I regret nothing. Whether or not we ever build a Oathbreaker deck of our own or the format takes off long-term, there is short-term money to be made.

WE BUILT A SCRAPER!

EDHREC is now in the beta of OathbreakerREC which will possibly outlive the format, we’ll see. It’s a trove of information already and to the extent that things here are actionable, they’re worth looking into for sure. Let’s look at the front page, shall we?

We include both the Oathbreaker and the signature spell together, making it easy to browse visually. You can click in the upper right hand corner to browse by name if you want, but I like the pictures because seeing the images and names together helps me remember. Clicking on any given one takes you to the deck just like with an EDH deck on EDHREC. It’s the same thing but with 60 cards and Sol Ring is banned.

A few things popped out at me just doing a cursory glance at this page and I am happy to share them.

Of the 18 top decks, only one signature spell is repeated.

Triumph sees fringe EDH play but is pretty pushed in this format where it’s quite easy to make sure you have a Nissa planeswalker in play because you always have access to one.

Here are the EDHREC stats.

And here are the stats from the burgeoning Oathbreaker section. 1.3% of the decks isn’t exactly melting faces, but I don’t know what an impressive percentage would be. I DO know that this is in multiple decks and that means if either one takes off (I assume this is a solveable format like Tiny Leaders was) then there is real upside.

Could the price on the foil copy climbing even as more packs get opened (I mean, War of the Spark was 5 expansion sets ago, we’re already on to Core 2020) be due in part to Oathbreaker? I don’t know how high this gets on the basis of that set and I don’t think you buy in at $2.50 under any circumstances, but we’re working a process here, letting the data talk to us. The data said “Here’s a thing!’ but it seems like we’re late to the party. We won’t always be!

Let’s look at a card that has crossover appeal with EDH.

Windfall has much stronger EDH adoption due to decks like Nekusar and The Locust God.

It’s $7 too high a buy-in? What is the ceiling on a card like this? Will they continue to do sets like Modern Horizons and avoid printing cards that would be too good in Modern? If so, Windfall likely doesn’t get reprinted again anytime soon. But for a $7 buy-in, you’re looking for it to hit like $15 before you’re happy. $15 for an uncommon? It’s possible and it’s already doubled from around $4 to around high $7.

Compared to something like Nissa’s Triumph, this seems a lot more like the power level we expect to see in the format. Once you stick Wrenn and Six, say on turn 2, you can cast Crop Rotation for G and then again for 2G to get Dark Depths and Thespians’ Stage. I think that’s how this works. In any case, Crop Rotation is busted.

A $200 buy-in seems pretty reasonable to me given the fact that Crop Rotation could be reprinted in a Masters-esque set any minute. Yikes.

The $6 Crop Rotation from the Nissa vs. Ob Nixilis deck makes me want to look at the value of the rest of it. Looks like this, $4 Nissa, $3 Ob Nixilis and the fourth most expensive card is… Wood Elves. That’s not great, but there are 2 decks and if you add up all the nickels and dimes, you get about $28 in value. I think some of the cards in that deck can rebound given cards like Leechridden Swamp, Smallpox, Cloudthresher and Abudance being basically free right now. eBay doesn’t have the decks under $25, but it’s always worth looking when one card in a Duel deck spikes. If you can still find Izzet vs. Golgari for sticker price, you double up, for example.

I think all of us predicted what the number one deck would be.

Moonmist bumped when they printed a (terrible) Werewolf Commander, could it be due for another bump?

Probably some money to be made here, second spikes and all that. The foil plummeted from $6 to $2 but is hanging around $4 now. I think if this does catch on, it goes to $8 or $10 fairly easily. Let’s look at the rest of the deck.

There’s no money to be made, here. It’s all dumb tribal wolf stuff with rares and uncommon from the post-mythic era that 60 card casual, EDH and Oathbreaker combined will labor to move up.

So far our foray into Oathbreaker is looking pretty fruitless.

The one deck I do think benefits from the format the most is a degenerate Saheeli deck.

Thoughtcast makes the deck very consistent, playing a mana rock makes a 1/1 creature and enough of those creatures allows you to reduce the commander tax on Thoughtcast because it has Affinity. If I were to build an Oathbreaker deck, this is the one I’d build. These 5 cards speak for themselves so they won’t get a paragraph. Here’s 5,000 words to end the article.