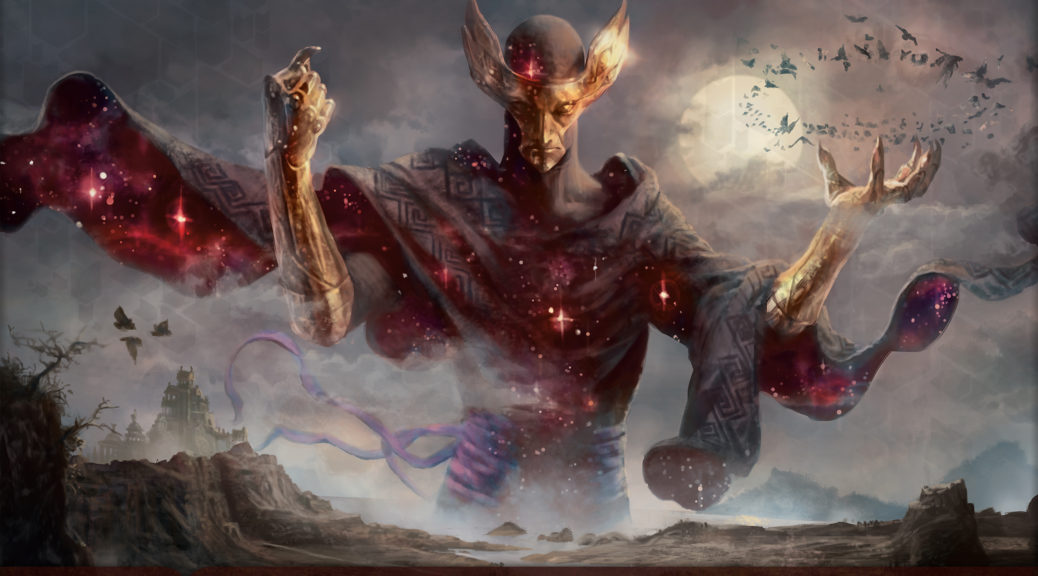 You know what I don’t talk much about? The prices of commanders themselves. If you go back through all 3 or 4 years I’ve been doing this column, one thing that sticks out right away is that I duck that issue a lot. On one hand, I think the price of the commander is a little tougher to figure out and I like to do easy things. Am I doing a disservice to people by pointing out easier and more likely specs? From the standpoint of you wanting to hear about specs, I am not. If that’s what you’re after, a spec is a spec regardless of the type of cards it’s on. However, I’m sure a non-zero number of my readers (and most of my podcast listeners) are also looking for advice about how to play the game cheaper, and knowing if and when to buy commanders is a useful part of that, so I’m going to crunch some numbers today.

The precipitation of this topic was a well-known member of the community messaging me privately to ask about Morophon as a spec. This is the type of question I typically try and duck but I’ve been writing about EDH finance for quite a long time and it’s probably a question I should be able to answer. Some commanders are worth a lot of money. Some are not. They are printed in Commander sets, supplemental sets, as foils only, as box-topper promos only, reprinted in Commander anthologies or regular sets or as judge promos. There are a lot of variables, but isn’t that true of anything? Don’t we know which cards (like Eternal Witness) will shrug off a reprint and which cards (like Gilded Lotus) won’t? We should be able to figure out whether Morophon is a good spec at its current price, even if it means talking about a LOT of variables.

The number of total eligible commanders keeps changing so I will just say that at the time I wrote this, there were about 1,000 commanders on EDHREC and that puts this just outside the top 10%. It’s early – Morophon has only been legal for about 3 months, so climbing to the 90th percentile for commanders in that period of time is pretty impressive. It’s around $5 as a mythic, which means it has a higher upside than some other commanders which are non-mythic rare. $5 is a fairly reasonable buy-in.

This is a catch-all commander for tribes without a tribe, which helps it considerably. As new tribes get added without commanders, a certain number of new players will pick up Morophon to helm those decks. Morophon is also more reprintable than some set-specific commanders, and that’s a factor as well. Finally, Morophon has foils and non-foils, which isn’t always the case for commanders. There’s a reason for this.

This is a little hard to see, but it’s a snapshot of the top commanders over the last 2 years. Of these 21, 13 are from a commander precon and of those 13, only 2 (Animar and Kess) have a non-foil option. So far, the commander in 21st has 3 times as many decks as Morophon.

Is $5 too cheap for Morophon? Of these 21 top all-time commanders, 9 are worth $5 or less. Of those 9, 6 have been reprinted outside of a Commander Anthology (I’m not convinced Commander Anthology affects prices a ton). The remaining 3 at $5 and under with no reprints are Nekusar, Lord Windgrace and Gishath. Nekusar has a judge promo, Lord Windgrace is a year old in the least valuable Commander 2018 deck and Gishath is basically hanging on with only EDH demand. I think Gishath is the only interesting card on that list. There aren’t too many cards like Morophon in the Top 21, which is fine.

Gishath’s Gishgraph looks like the card is going to grow a bit. It hasn’t rotated yet but it is also not really being buoyed much by Standard and looks to be picking up. Casual players love big, dumb dinosaurs and while I am really shocked to see Gishath in the Top 20, the numbers appear to be telling the truth.

With the most popular commanders not having a lot in common with Morophon, maybe we should look at commanders with about as many decks.

Is Morophon the second coming of Sliver Overlord or is it a placeholder commander in 5 color decks? People building 5 color decks now have a lot of options for their placeholder – it’s not all Karona and Cromat. Najeela is perfect for aggressive builds and Golos has actual good abilities. Jodah can cast your spells. Morophon is incerasingly going to get sidelined by better and better 5 color commanders and every tribe that never had a commander and gets one chips away at his utility. The two cards closest to how much use Morophon sees now are Niv-Mizzet and Horde of Notions.

Kinda too soon to tell, here. People are still drafting WAR and every card in that set is $3, even the uncommons.

Horde of Notions is from a much “better” set in terms of value since boxes of Lorwyn are a mortgage payment and it was trash before its 2015 reprinting. Pre-dating the mythic era and still being dirt tells a sad tale about Morophon if it continues to hover in the same number of decks as Horde. One thing I will say about Horde is that a lot of Horde decks were built before EDHREC can scrape them and Morophon has been built a lot more, lately. Another thing I will say is that Elementals just got a ton of sick new cards and no one is building Horde, so it means once people sort of forget about Morophon, he likely stays forgotten. It’s cool to be able to give your Squirrels +1/+1 and make them G cheaper, but I think once you compare Morophon to cards with similar demand, the picture is pretty bleak.

So how do we evaluate new commanders? I think we should run down a list of questions to find the cards to compare the new commander to and test it out.

Once you find the right card to look at, just check price trajectory and you should get a sense for what’s up. Let’s look at an old commander and a new one.

Just non-foils – only the face card got a foil that year.

Mythic, but that matters less for precon cards

Yes, but there was a commander anthology (didn’t do much to Meren’s price so probably didn’t here, either).

We have a lot of graphical data for Mazirek and while there was some interest around the time they printed a bunch of new Golgari cards in the new Ravnica sets, ultimately interest has tapered back down. This is likely $5ish forever while its deckmate, Meren, flirted with $20. If I didn’t have the graph to look at, I’d likely conclude that $5 was appropriate for this card. If I had to pick a card to compare Mazirek to, I’d go with Taigam.

Taigam is in about as many decks, is overshadowed by better commanders in its precon and is the same price now. Could we predict Taigam’s price trajectory based on Mazirek?

Would this seeming to work out on a card I selected fairly randomly work on a newer card whose graph won’t help us out much, which is our situation with Morophon? What about a card that’s new enough to be standard legal?

Eh, it has a set-specific mechanic and isn’t used enough to be a judge promo. This would be tough.

Not to people who like her for flavor reasons and anything that draws this many cards in the colors artifact players want would likely be a mistake to print (not that they won’t – look at Chulane).

Before I cheat and peak at her graph, I imagine her price was around $3-$5 then dipped and is pretty flat right now. I also think the foils are roughly the same graph shape.

Except for the part about the price being flat now, I was pretty close. The price is in flux but it’s all within a buck so who knows? The foils are a different story.

I would not have guessed $8-$10 on the 55th-most-built commander on the site. I personally think EDH foil demand is overstated and that large volumes are tough to move (which is why I think they’re fine for one person but not an entire readership so I don’t recommend them) but I am also a little surprised. I think it goes up from $10 over the next year or two but I also don’t want to run out and snipe all of the $8 copies on TCG Player. This is sort of confounding, which is why I stick to cards that Jhoira decks made go up in price and ignored Jhoira herself.

If we want to pick out a historical card to compare Jhoira to, we can try to estimate what the price trajectory will look like over a longer timeframe. I have a good pick for this.

That’s a hot price-tag for a card a few years older. What were the past few years like?

Could we expect Jhoira to shoot up in a year or two like Xenagos? Let’s check one more thing, first.

Xenagod isn’t the perfect comparison for Jhoira because it’s in 3 times as many decks (for now) as an inclusion. If you’re dealing with a commander, don’t just check the number of decks it’s helming, you have to check how many copies are in use.

That’s better. What does the future potentially have in store for Jhoira?

Are we right, here? We might be, we might not be. But we at least have some criteria to narrow our search to cards that are good corollaries and checking their price trajectory.

I likely continue to ignore commanders in favor of the cards they make go up, but now if someone asks me the question, I have a method for trying to answer them, and now you do, too. That does it for me this week, tune in next week where I’ll have actual specs. Until next time!