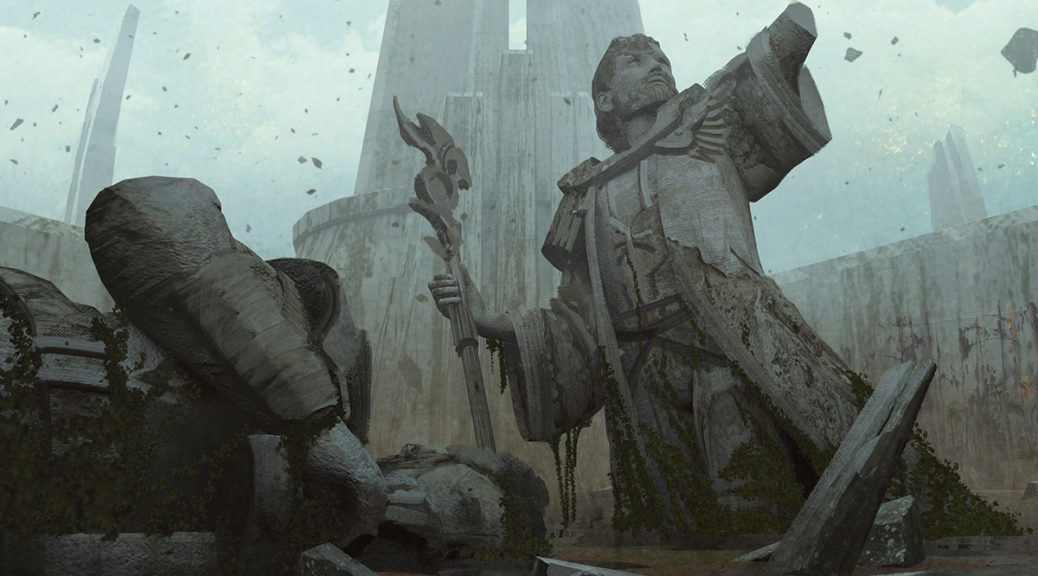 Now that Standard has returned to something approaching normalcy with the removal of Oko and crew, this weekend’s Mythic Championship looked great. Deck diversity abound (at least as far as Standard is concerned) which is all anyone wants. Simic Flash, Jeskai Fires, GB Adventures, Simic Trade Binder, etc. Get ready to start riding the rollercoaster, because Wizards is watching. The cycle is going to be 1. Print cards that are almost assuredly busted, 2. Let those cards either prove to be fair or, more likely, slowly take over Standard 3. Finally ban the card after it’s become entirely oppressive 4. Reap the reward of people being excited that Standard doesn’t suck any longer. Imagine that in a “10 20 goto 10” joke format if necessary.

Cavaliers, while having been slow to start, are making a foothold in Standard. Cavalier of Thorns, the green Cavalier, was beating people up in Simic Ramp at the MC, and Cavalier of Flames and Gales are both a big part of Jeskai Fires. There’s no question the Cavaliers pack a big punch. That’s to be expected, since they’re five-drop mythics that have deep color requirements. No question they’re intended to be titans redux, if not a little more fair.

Ok, what’s my point. Well, back in the days of the original titans, they each had their moment, and it was a different time for each. Frost Titan specifically stands out in memory, as it was the cheapest of the group, until people realized that it was the Titan that beat the other titans, and the price soared. Over time, each Titan found a home and became a staple. Just because it doesn’t land immediately, it doesn’t mean that shifting formats and new cards won’t make one a staple.

Looking at this pattern from several years ago, I find myself wondering about Cavalier of Dawn. There’s no question the enter play ability is potent. Beast Within was a key card during its own Standard, and continues to see sporadic play in various other 60-card formats, and is a staple in EDH. With the rise in Planeswalkers, especially lower on the curve, this is an even more potent effect. Nice Oko idiot. Here have an elephant. The general way to evaluate an effect like this is “if there’s no good target for the ability, you’re already winning.” Even the death trigger is useful, since we know Banishing Light is returning in Theros from the leaks several weeks back. Cavalier returning a Banishing Light that got destroyed a few turns prior on death will be helpful.

Of course, right now the card is completely unplayed, which makes this purely speculative. Can we buy Cavalier of Dawn based solely on the fact that the other Cavaliers are good? No, probably not. There’s more here though. We also saw the Elspeth Planeswalker from those Theros leaks, and that card also looks like it’s going to be legitimate. Playing Elspeth on four and then Cavalier on five is going to be a hell of a whammy. That also puts you in a position to be playing devotion as well. White wasn’t the color you went to for devotion in the first Theros, but that could change this time around.

All of this makes Cavalier of Dawn a highly speculative pick, but I like the way the pieces are falling into place. Buying in playsets you’ll pay about $2.50 a copy today. I’m not recommending you start adding them to your cart, but you’ll want to pay close attention to the card as Theros creeps up on us.

We started with Standard, now we’re doing Pioneer, and we’ll finish the week with EDH.

Creeping Chill should be familiar to anyone that’s played Modern. Milling the card domes for three, and in a strategy that’s putting plenty of cardboard in the graveyard, you’re looking at 9 to 12 damage for free in a game. It’s become a common sight in Modern strategies, although you’d be forgiven for not knowing that at this point, because who is looking at Modern lists?

A recent Pioneer league saw Dredge manage 5-0, and in the main deck, four copies of Chill. That got my attention, because so far the archetype has been relatively quiet in Pioneer, but that is highly unlikely to be the case for long. Wizards can’t stay away from the graveyard for too many sets in a row, and in fact, in Theros alone we know we’re getting a mechanic that returns cards to the battlefield, and supporting pieces to go along with it. If Dredge doesn’t have the tools to make itself a serious part of Pioneer today,  it’s only a matter of time.

As graveyard strategies do more work in Pioneer, I expect Creeping Chill to be a mainstay. It’s good enough for many Modern lists, and there’s certainly more room for it in Pioneer lists. Furthermore, as a card that isn’t EDH-oriented and was recently printed, it’s going to be a long while before we see another copy, especially foils.

There are only about 40 vendors on TCG right now, and there’s no inventory walls to speak of. A few players looking to fill up their collection are going to quickly tax the available inventory, and then these will be another annoyingly expensive foil uncommon.

I didn’t expect it when she was printed, but Shalai has become one of the most popular creatures in Commander, period. She’s a top 20 popular creature over both the last two months and the last two years — and remember, she was printed less than two years ago. Giving most of your permanents hexproof is big game in EDH. While that sort of lock isn’t quite as airtight in EDH as it might be in Pioneer or Standard, it’s still a monstrously powerful effect. Add in the mana sink, which gives your board a permanent boost when you’ve got excess mana, and plays into the +1/+1 counters theme that’s so popular, and it makes sense that Shalai is seeing so much play. Hindsight, etc. etc.

Flip over to the foil inventory and things look good. Again, about 40 vendors have stock, and nobody has much that’d deep. ChannelFireball, one of the parties notorious for having a block and slowing price gains, is only holding seven copies. Other than that, it’s primarily one-ofs all the way down. Ok, I admit there’s a guy with 13 copies listed — although they’re at $16. Given that Shalai keeps putting up numbers over and over, these should pay off in 2020.[/hide]