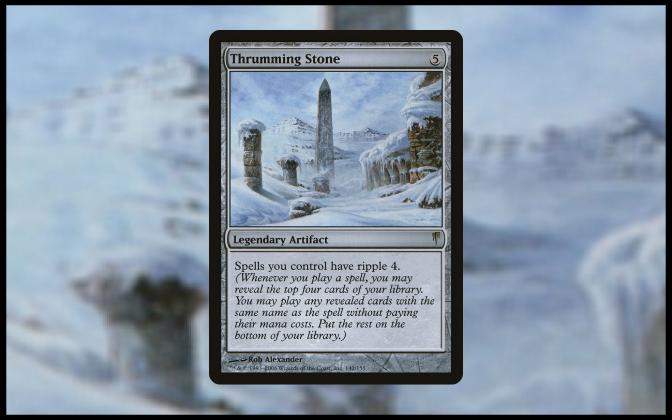 I’m supposed to write 2,000 words, though, so I’m only half done. What could this mean for us financially?

Persistent Petitioners is a card that has its rules text printed on it and since I posted a pic of the card, you can read all of the rules text. If you’re using a screen reader for some reason, that’s cool, thanks for patronizing our website. Persistent Petitioners taps for 1 to mill a player for 1, you can tap 4 untapped advisers to mill someone for 12 and, most importantly, there is no cap on the number of petitioners you can play in a deck. That rule has extended to EDH so you can play more than one copy, and lots of players do. The plan is to get a lot of these in play and mill everyone out, which can happen quickly. You only need 7 or 8 activations per player, fewer if they’re drawing greedily, and it’s easy to untap your side (though it was easier with Paradox Engine – R.I.P. in Peace, Doxy Boi).

While it makes sense that a card that needs to be purchased 30 cards at a time is selling well, I think it’s significant that no card sold better than this. 60 card casual players are helping this out a lot, it’s not just EDH, but I think it’s worth revisiting this card since I wrote about it when it was first spoiled. I’ll walk you through how I use EDHREC to look at what matters, while I’m at it since I basically show everyone how to do it one time and then never come back to it later and you could get lost if you haven’t read everything I’ve written the last 5 years. Let’s get going.

The $1.50 to $2 block seems a little cheap for this card. There aren’t collector boosters in this set which means everyone needed to come by their foils honestly. Since people foiling the deck would need to buy about 20 or 30 copies at a time, all of TCG Player’s inventory would be gone in about 2 decks’ worth if more people decided to pursue the deck, and at merely double the cost, it’s almost not worth it not to buy foil.

Petitioner is very difficult to reprint, the rest of the decks it’s in are usually pretty cheap and we have foils of similar cards to look at.

Rats has multiple foils printings versus just the one for Petitioners. Petitioners themselves might not be the worst buy right off the bat, especially in foil, which isn’t something I typically advocate. Let’s look at EDHREC for some more clues.

To get started, it’s as easy as typing the name of the card into the search bar.

That takes you to the page with some stats about the card. Since it’s not legendary, there’s no option to toggle between the card viewed as a commander or viewed as part of the 99, so just scroll down.

Below that is a list of all of the commanders that run the card. It’s ranked by percentage of elgibile decks that run it rather than raw number of inclusions, which I think is more instructive. 0.005% of Atraxa decks could run a card and have 10 instances of a card that’s in 100% of 9 decks. Sorting by percentage tells you the likelihood a deck runs a card, not which commander has more decks in the database. Both numbers matter, though, so note that while a higher percentage of Arcum Dagson decks run the card, it occurs more often in Grand Arbiter decks. Let’s look at both of those and Kami of the Crescent Moon for ideas.

Kami used to be much more expensive than it is and thanks to a Conspiracy printing, it’s more affordable. The advantages to Kami for your Petitioners deck is you draw more fodder and you subtly mill them by depleting their library in a way they don’t mind at first. Giving them stuff to beat you with isn’t terribly competitive, but this deck isn’t that.

Looking at Kami of the Crescent Moon first (as a commander, not as a card), we see that it got some new cards that pertain to milling. Folio is one of the best mill cards ever created and if that made someone look into how to mill in EDH, that would bring them to the same pages we’re on and working backwards, we can figure out what else they might buy.

One last trick – Let’s take another look at the top part of the page.

There are so many Petitioners builds of this deck, it’s listed under themes. Clicking that link takes you to a different page with cards specific to Petitioners builds. That’s going to be where we’ll find our specs.

Finally, let’s use our trick from a few weeks ago where we click the “layout button” on the right side,

change the lists to text and import the lists into a program to compare all 3 to see if there are common themes.

Vannifar hype from a year ago is dying down but I am 100% a buyer on these when they bottom out and it appears they have. The overall trend is down but the price is fluctuating pretty rapidly. I like the other art better but as a spec, you can’t go wrong with this card.

Stone’s decline is another trend to watch. Petitioners made it spike last year and it’s unlikely the same card does it again but this spikes a lot as a result of a new card with the unlimited inclusion ability and it never goes back down to where it was. This is also a reprint candidate in a way Petitioners is not, not to mention Intruder Alarm.

Looking at cards in 2 of the 3 lists gives me more hits.

This is not a bulk rare and Standard clearly has nothing to do with it. Looping Petitioners or just playing every one you draw is an excellent source of “chip” mill.

This tanked after Petitioner hype died down but I think it could go back up as the result of something else. I doubt Petitioner makes this go up again, though, but it’s worth keeping track of unique, powerful, tribal effects.

Petitioner didn’t even cause the biggest spike in this card’s history so there’s no reason to think other cards couldn’t do it again. As this tanks, I’m ready to pounce.

All in all I think this analysis took me 15 minutes. Once you get better and don’t have to follow a guide to do it, you’ll be able to check quickly when you see an interesting tweet. I saw some cards that are likely to spike again as the result of a card with an ability like Petitioners’ being printed and having a gameplan ready for that rather than trying to figure out a whole decklist on the fly when you should be buying cards is what separates the quick from the dead. Be quick because you did the figuring out work ahead of time. That’s it for me. Until next year!