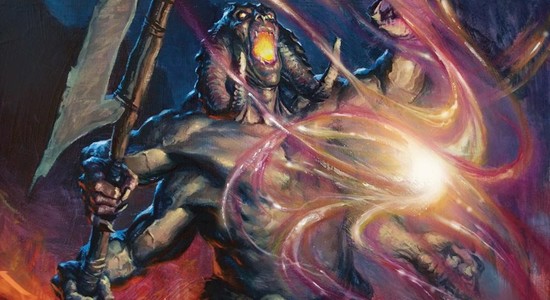 You want to make money? Buy Reserved List cards. You can say something that’s like, literally not even close to true but sounds good to pretend it’s not 100% about people using their unemployment and Covid bucks windfalls to try and invest and move the market now that 75% of the copies that used to be listed are taken down because stores aren’t shipping. Here’s a list of phrases you can use that sound convincing enough that you can pretend these aren’t lazy specs.

That last one sounds like me, doesn’t it!? The truth is we haven’t seen much evidence that the new commanders are doing much organically. It’s obvious (to me, anyway) to buy wheels when they print a bunch of decks that have bad wheels in them and cards they synergize with, but no one has Commander 2020 cards. Do you think that has an effect on people building? I do!

It seems pretty clear that people are preferentially building decks with cards they have, or updating the old ones. Most sites EDHREC scrapes, if not all of them, have all of the new cards in their database so they’re eligible for being built around. People are not super inclined right now. So while Wheel of Fortune, Echo of Eons and other wheels were obvious to people who spec like I do and while I wrote about all of those cards, we will have to wait to see where the price ends up and whether Xyris even gets built as much as I had figured. Currently more people are putting finishing touches on Chulane, a deck that basically has a “right answer” for how to build it.

Instead of speccing like I normally do, I wanted to show you all something that seems like a more productive way to spend our money. Since card supply on TCG Player is down with so many stores shutting down temporarily, competition for cards is high and drives prices nuts. I don’t want to touch singles right now. Am I saying that because I tried to order 16 Concordant Crossroads at $10 each and the seller turned out to be a TCG Player account that only had that card listed across 2 stores, never had the cards, never sent them and wasted my time having to get a refund, only for me to watch those $18 copies I could have gotten instead go to $40? No. Yes and no. The point is, I am getting unreliable or incomplete data from EDHREC and will do so until people can get their Commander 2020 decks. The TCG Player thing is unrelated to my pivot to a new spec strategy for the time being, I just wanted to point out that I was a month ahead of the Concordant Crossroads spike and I could have $120 worth of copies more than I do now and those things feel bad.

Here’s something that prices going up is making me notice that we should all pay attention to, though, and that’s when the high price of a single makes cards free, mitigating future losses from prices going back down, and the fact that hidden reprints exist.

How many times has Smothering Tithe been printed? This is an open book quiz. Use the internet if you want, check for the answer. Dennis Hopper isn’t actually waiting on the other end of the phone, he died. While you’re looking up how many times Smothering Tithe was printed, I’ll talk briefly about Dennis Hopper’s commitment to cinema, starting with the 1986 David Lynch film “Blue Velvet” and if there’s time, I’ll briefly discuss his crowning achievement, the 1993 adaptation of the Nintendo video game “Super Mario Brothers” in which he played oh you’re done already. How did you do it? TCG Player or Channel Fireball or something and click “all versions?”

You’re right. It was a trick question. Here I was thinking I was going to trip you up because Tithe was in Throne Promo packs and most people don’t remember that. The cards look similar, so my trick question was designed to catch people who weren’t smart enough to look it up and see there are two printings.

It’s actually 3 copies. You forgot about the Brawl decks.

The Brawl deck version is identical to the version from the set. Since it looks identical and doesn’t have a different set symbol or anything, people who are paid to classify the cards (people like me) would rather not create a new category and even if they did, it would be impossible to tell which cards came from the set and which came from the Brawl deck. This isn’t like the Stoneforge Mystics everyone used to say were fake because they were from the Event deck (remember that event deck that people played at FNM but couldn’t put Batterskull into?) and looked way different. These are indistinguishable. It’s effectively a reprint that has copies no one is mentally accounting for. Has this extra supply attenuated the price of Smothering Tithe at all?

We have officially reached the point where Tithe is so expensive that it’s efficient to buy a precon it’s in.

Per Market Price on everything but basic lands the way they calculate it on MTG Goldfish, the deck is worth about $50. You could spend $15 on a Tithe or you could spend $25 on a Tithe plus $35 more dollars worth of cards. If Tithe tanks, it would have to go to -$35 like it’s oil futures or something for you to lose money.

Obviously I’m being facetious – you’re not getting $35 out of the rest of the deck. No one will pay you $0.44 for a Bag of Holding and selling it on TCG Player means if they don’t buy anything else, you lose money to fees and a stamp unless you charge like $3 for shipping and no one is paying $3.44 for a Bag of Holding. The rares below $1 will be $0.08 or $0.10 or whatever you can get for bulk rares near you. However, there are strong cards in this deck.

Temple of Silence is in Knights colors and with it being Standard legal for a bit, could go up. Remember, we’re not justifying the current $1.50 price tag for the card because it’s not $1.50 to us, it’s free. All its price increasing does is further mitigate the harm from a reprint of Smothering Tithe that happens before we get out. We have to get $10.01 in value from the rest of the deck in order to do better than we would have if we had just bought copies of Tithe, which will itself continue to climb until it gets a reprinting people notice and will recover even then. Will Temple go up byu $10.01? No, but it doesn’t have to.

Here’s why! There is a $10 bill in the deck already. If you don’t mess around with Watery Grave and just snap sell it for its current $10, you have a $10 subsidy for the deck. Let’s do some math.

The rest of the deck doesn’t have to be great. Even if it’s all nickel picks and bulk rares, it’s a cushion against the price of Tithe dropping. Use the bulk to make lots, keep the rares to make grab bags, speculate on Alela going up. The cards are yours. This is cumbersome to do on a huge scale, but if you’re buying fewer than 100 copies of the deck, it makes more sense than trying to just buy Tithe, and if you buy at that rate, you might be able to go through a wholesaler and pay less than $25 a deck, meaning you do even better.

Have I sold you on the principle? If I have, here is another example of a card that is very high and is with other good cards in a percon that is basically the same price as those cards.

Thrasios is a $50-$60 card. cEDH IS HAVING A MOMENT AFTER ALL. Whether or not you think cEDH is more than a fringe subformat, most cEDH decks are Thrasios and Tymna and with more supply unlikely, the people who play with judge foil Vampiric Tutors and Grim Monoliths aren’t going to balk at a $60 price tag on a dumb card they shouldn’t have printed. Thrasios is basically a $65 card and he’s not done growing. Should you buy Thrasios or do something else?

Can we find another $35 worth of cards in Entropic Uprising?

After that, the rest of the deck is free, including a $6 Yidris, $2 (and climbing) Wheel of Fate, a $5 Chain of Vapor, a $4 (and climbing) Windfall, a $5 Past in Flames, a $5 (and climbing) Reforge the Soul, an $8 Waste Not, a $4 Curtains’ Call, a $7 (and climbing) Chromatic Lantern, a Sol Ring, a Fellwar Stone and a MANABASE WHERE THE MOST EXPENSIVE LAND IS RELIQUARY TOWER. You take that $2 Shadowblood Ridge, you stick it in a binder and you WAIT.

With wheels popping off, Burgeoning recovering from its last printing nicely, Kydele approaching $5 and casual favorites like Consuming Aberration being in the deck. You’ll come out way ahead if you can snag an Uprising for basically $25 more than Thrasios and the cards in it are all nudging upward again thanks to Xyris and friends. Everything old is new again.

There are probably more examples but I am out of time, they aren’t going anywhere and I have to write about something next week. Until then, either do a bunch of work or buy a Gaea’s Cradle, I guess. 2 tax refunds a year and shuttered LGSs are doing a number on us and we’re all trying to keep up. Until next time!