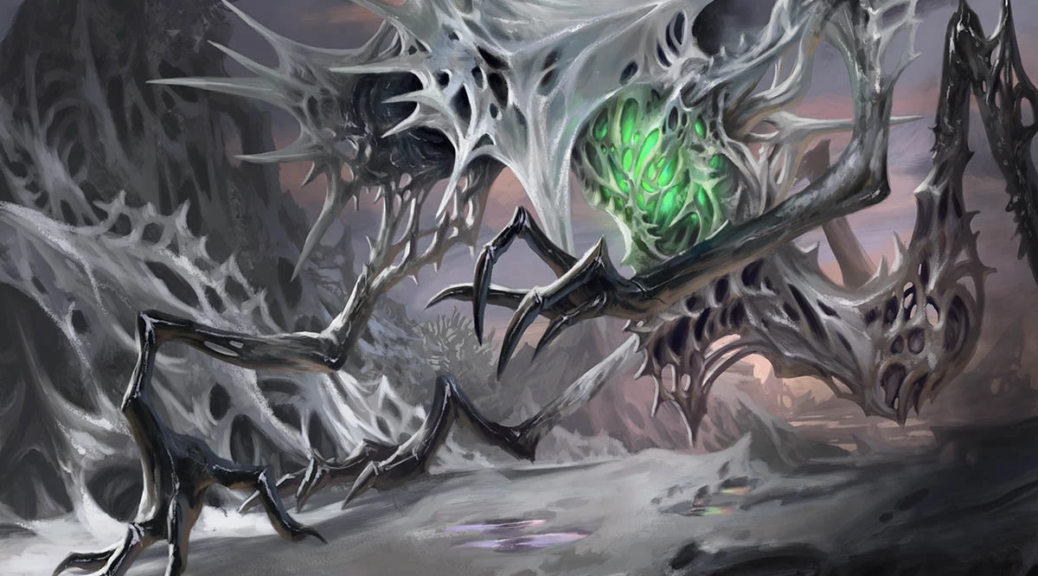 I know I say this all the time, but today I’m going to try something new. I don’t know if it will work and you’re going to get me trying to construct some sort of way to compare two sets released at drastically different times under drastically different circumstances and try to draw some conclusions we can use to make some money from. Sound good? It doesn’t sound… like, ideal to me, but that’s what’s going to happen.

What can we figure out about Core Set 2021 by looking at Core Set 2020 and also just relying on stuff that we know?

There, that’s the thesis statement for this thing we’re doing here. Yes, it seems loose to me, too. That said, Core Set 2021 may have some very ambiguous and confusing pricing based on the myriad factors that made this release very abnormal but it does not have ambiguous adoption numbers – those are pretty clear. Some of them are surprising but I don’t expect them to change drastically enough for me to be able to get out of admitting I was wrong about, for example, Teferi’s Ageless Insight. For the most part, though, there aren’t too many surprises which makes me think the data we have is “stable” (as in not likely to change in proportion as it changes in value – we’ll have more decks playing Garruk’s Uprising in 6 months but the percentage of eligible decks playing it shouldn’t change).

If we can assume the numbers are stable enough, we can try and figure out what the prices should do and see if there are cards we can identify that are good buys at their current price or figure out if there are cards we should watch. Will prices go down as boxes are opened more? Maybe? They certainly should, but boxes are being opened and singles are being introduced to the market very slowly and inefficiently. I don’t think anything in Core Set 2021 will get as cheap as an “equivalent” Core Set 2020 card, but we can at least look at the ratios between the prices in the set and try to make predictions.

Let’s look at the new set, shall we?

Here is the order commander from Core 2020 are being built. No real shockers here because all of them are really bad. I mean, Radha and Vito are fine, I guess, but Vito is boring in the command zone and everyone already has a deck like Radha and they’ll just make Radha and Mina and Denn swap spots.

The cards in the 99 are a little more interesting.

So is $1 on Teferi’s Ageless Insight Showcase versions good? How about $0.50 on Sanctum? Will $15 for Ren and Stimpy hold up? Let’s look at Core Set 2020 and see if we can learn anything.

Maybe it’s because I’ve had an additional year to play with them, but these cards just seem better. I don’t know if the price matters, but I’m certainly interested in the ratio of prices. Is Drakuseth worth twice as much as Seraph and can we say that Terror of the Peaks will be worth twice as much as Mangara? That seems doubtful on all counts. What is interesting is that a lot of the cards used most in EDH were also used a lot in Standard. Will that be the same with Core Set 2021?

Moldervine Reclamation is in quite a few decks. It’s in the same percentage roughly as Veil of Summer, but over the period since Core Set 2020 has been legal, twice as many decks that have Green but no Black have been built as decks with Green and Black both. Does that mean that in a year we’ll see Garruk’s Uprising in twice as many decks as Moldervine Reclamation? If we do, do we think it has any upside?

If you think Garruk’s Uprising has twice the potential of this foil that is now $3 and climbing, does that mean we might want to look at foil Uprising?

Do people want this, the set foil?

Will they want this non-foil showcase version? I hate foils but like premium versions so this would be my preference. But this isn’t the “best” version for people who like to optimize.

Based on the current price of Moldervine Reclamation, I think that Uprising has as much or more potential. The 4 different possible version and 3 versions that feel “premium” complicate matters a lot, but I think if there is no downside to buying the foil Showcase version, you might want to have a diverse portfolio. We don’t know what all of these different showcase versions mean to EDH players and instead of betting on one outcome, cover your bases since the price is so similar for all versions.

Currently it looks like Vito is outperforming Vilis 2 to 1 and while that might not hold, Vito is VERY strong in the 99 and probably about as boring as Vilis in the Command Zone, but it could see more play potentially than does Vilis. Vilis saw play outside of EDH very briefly and maybe Vito will, too. If Vito doesn’t, we’re looking at him merely doubling the inclusions Vilis has, and if that holds, we could see a better price outlook. Let’s look at Vilis’ graph. Fine, ugh, graphs. See? This is why I don’t like to talk about foils, then you always have to talk about foils.

When it got a little play outside of EDH, it hit $6, briefly, after peak supply. Not bad at all.

One thing I will say is that it’s less likely anyone uses Vito outside of EDH in paper because, duh. I think it’s going to have to be EDH that makes this price go. The foil’s buylist price is creeping up a bit but the foil and non-foil are kind of flat. Basically, if you bought some copies at peak supply, you had lots of opportunities to double up on the non-foils, a small window to sextuple up, a small one to triple up, and you may need to hold another year to get more than you paid if you still have them.

Vito is sitting at $4. If we assume the upside is twice as good for Vito, you probably buy at $2 if it ever gets that low and try to sell at $6ish. I don’t think Vito can ever start at $4 and stay above it for long. That said, Vito is the #3 commander in Core 2021 and Vilis is #8 in Core 2020, in case that matters. We’re talking about 362 Vilis decks in the last year – Vito is already at 70 a few weeks in. I expect Vito to be built more. That could give more upside to the foils, which are currently $5 at Strikezone and $10 everywhere else. Hmm.

Things are less promising for the Extended art foils. $13 is a high buy-in indeed, and Vilis needed a lot of help for the foil to even flirt with $15. I am not as bullish on the Extended art foils per se, but I do like non-foil Premium cards so I am targeting the non-foil Extended art copies. This is good in the command zone and the 99 and we have a card played half as much to compare it to directly – seems good to me.

So far Mangara is at the helm of 38 decks…

4? Brutal. Unless Core Set 2021 is opened way, way less than Core Set 2020, we’re over a year away from wanting to even look at these cards as cards. What does foil Yarok look like, though, while we’re asking?

It’s on its way back up but all this card did was lose. Yarok is the #10 ranked Commander over the last 2 years and people are more likely to want a foil of their commander than a card in the 99, where Mangara is 10 times as likely to end up. Pair the fact that there are multiple premium versions of Mangara compared to the one of Yarok and how bad Yarok’s graph looks and I think you will forgive me for not even looking up the price of Extended Art Mangara. OK, fine, I’ll do it.

Mangara won’t be built as much as Yarok and that price took a header and is only now recovering. Do you want to bet that supply issues mean Mangara has upside at its current price? I don’t. I’m not saying I think it will or won’t, I’m saying I am risk-averse in my old age and I have the luxury of opting out, as do you. If you think the graph of a card like Mangara could look healthier than Yarok (Mangara isn’t built as much but it will go in way, way, WAY more 99s than Yarok, a Sultai card because Mangara is splashable) go for it. The $10 non-foils look more inviting than the $30 foils, especially for a non-Commander.

That does it for me this week. I think there may be some more analysis in this same vein (Vito joke) to do next week and I’m just the person to do it. Did you like this kind of article? Let me know in the comments below because I really never know whether I should do experimental formats unless you tell me. Thanks for reading – Until next time!