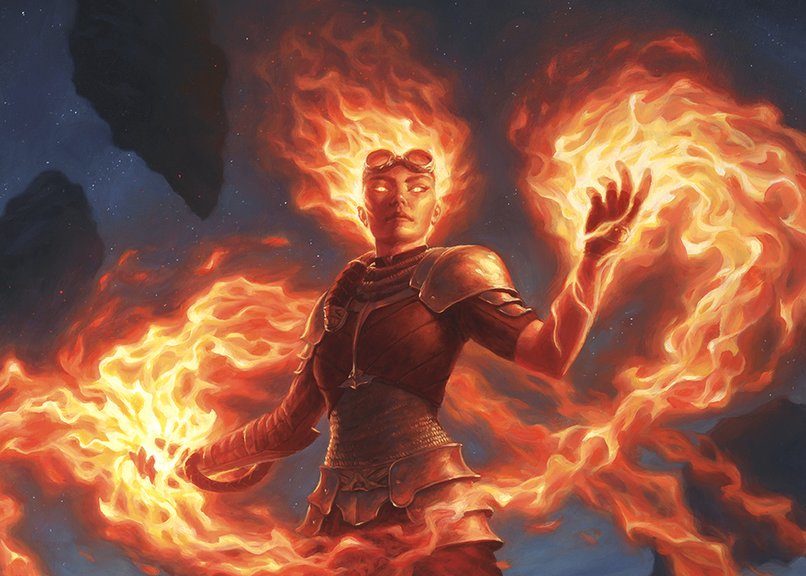 Next week, we should start seeing official previews for Zendikar Rising. There have been some unofficial leaks, but I’ve never believed in those speculations and if I write something here, I want to be confident in it, not building a whole cart of cards based on one grainy image.

Rotation is upon us, and in recent weeks, I’ve gone over all the rotating sets and tried to help you pick what’s underpriced. The last one I’m getting to is Core 2020, the last set before Collector Boosters entered our awareness and the first set with an enhanced foil drop rate. Consequently, you’re not going to see any Extended Art/Showcase/Borderless picks here, just the last gasp of foil vs. nonfoil. Ah, those simpler times.

First of all, we need to talk about how cheap the cards in this set are. They are definitely feeling a bit underpowered compared to the ban-fest that was Throne of Eldraine, but the #6 and #8 cards on the list of ‘what’s worth the price of a pack’ are both uncommons.

Granted, Twinblade Paladin was from a Planeswalker deck, but you get the idea…and let’s start there. The Twinblade cannot be had in foil, but it is a $5 card. It comes down as a 3/3 double strike in Commander, given that it says 25 life and not the more recent templating of ‘five more life than your starting total.’ Then it grows with every bit of incidental lifegain you can throw at it, a pretty solid card but the distribution here is key: You’ve got to open a $15-$20 package to get one of these, and that sets a price ceiling. If you can find the deck for $10, it’s hard to lose money, given that you get a booster pack, but the potential is still there.

If you like to play lifegain decks, I’d get your copy now. The ramp to $10 is not a slow one on TCG, and specs like this absolutely depend on never getting reprinted. Most of the Planeswalker deck exclusives are not this good, and are tied to their specific (crappy) planeswalker, so I’d rate the reprint risk as medium to high. It’s been a while since we had a lifegain-focused Commander deck, and this would be a prime candidate for inclusion.

Veil of Summer ($7 nonfoil/$43 foil) – For a card that got banned from Standard in November, the graph looks remarkably healthy, even as the banhammer hit in Pioneer, Historic, and Modern:

I have to say, this is a Commander card with a healthy dose of Legacy love. More than 14,000 decks play this card, including a boatload of competitive EDH builds too. Wizards knows this card was a mistake, and there’s only 12 NM foils on TCG right now. And this is with the increased foil drop rate! As an extra kick, since it’s uncommon, there’s no prerelease foils out there!

I wouldn’t be shocked if one day we got Secret Lair: Banned and this was one of the cards. I also wouldn’t be shocked if this was a $60 foil in three months. Given that the reprint risk has never been higher, I feel like you should at least get foils for the decks you use. This is one of those ‘they can’t reprint everything’ specs because they really don’t want to reprint a card that’s been banned in so many formats.

Vivien, Arkbow Ranger ($5/$11) – Picking up this version of Vivien is basically placing a bet on the future of Pioneer in paper. There’s a mono-green planeswalker-focused deck that loves going big with Nykthos, Shrine to Nyx, and assorted delightful Karn, the Great Creator targets in the sideboard. If you think Pioneer is going to come back in a big way, this is a card you want to stock up on. Mythic, summer set, it’s a four-of…it checks all the boxes you’d hope for in a big spec.

Has to be said, though, that we’re in an uncertain timeline. If the pandemic were not happening, this would be a lock. But if the pandemic wasn’t happening, this wouldn’t have gotten so cheap in paper. One of the indicators I look for in this regard is that online, she’s nearly 9 tickets. That’s a noticeable gap and it means something is happening online that isn’t happening in paper…yet. I do think Pioneer will be back in person eventually, but the uncertain timeframe has me leery on this.

Lotus Field ($6/$12) – There’s a few fun decks in Modern and Pioneer that will tap and untap this a whole bunch, play Omniscience, and then win with Enter the Infinite/Jace, Wielder of Mysteries. That’s awesome. It’s also in 6k Commander decks online, which is a high enough number that I want to have a few foils in reserve for when they hit $20.

Icon of Ancestry ($1.50/$3) – Go look around at what’s in stock on this and you’ll see that a surprising number of places don’t have this in stock. It’s a tribal enabler, which is good, but it’s also quite likely to be reprinted in a future Commander product. Foils are where you want to be here, and won’t take much to hit $10, given how quickly the ramp goes up into the $6 range for foils on TCGPlayer.

Gargos, Vicious Watcher ($1.50/$4) – Gargos caught a minor bump when Zaxara, the Exemplary came along in Commander 2020:

Yes, Hydras just got all the love with this new Commander but this has a clear place and it’s one of the first cards people will reach for on Hydra builds. I love tribal payoffs, and this is clearly one of them. Plus the buylists offer a pretty safe haven: foils are being bought around $2 in store credit, so time your purchases well and you’re insulated from things going wrong.