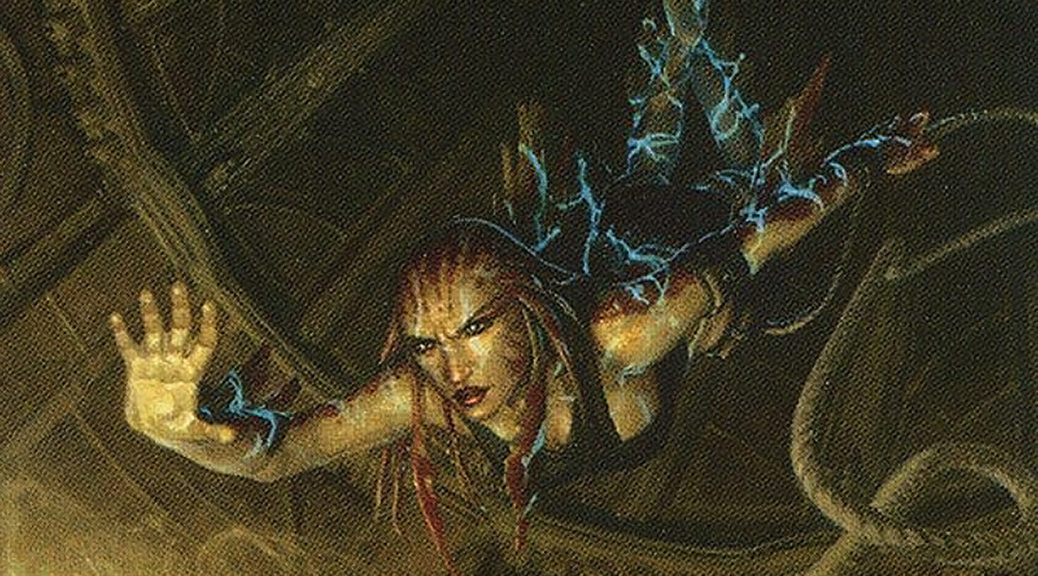 You won’t believe this one simple trick that’s guaranteed to make you money! Vendors hate it!

Clickbait aside, if you’ve been reading my articles for a reasonable length of time, you’ll know that there are always some excellent arbitrage opportunities in flipping cards from Europe to the USA. Sometimes it can be buying cards in bulk at release for longer holds into a buylist, sometimes it can be for quick flips, but either way it tends to work out pretty well. This week I wanted to have a look at a particular set of cards that have consistently been some of the best and safest cards to arbitrage, so read on to find out what I’m talking about…

I’m talking about Judge foils, and the last few years have proven that it’s honestly pretty hard to miss on them. Imperial Seals bought at €85 sold in the US for over $200 within 12 months, and are now closing in on $500. Rhystic Studys and Food Chains bought at €30-40 last year are now selling for $100 in the US, and so on. So what are the best opportunities at the moment?

After Elesh Norn was first released as a Judge foil back in 2014, it wasn’t long before the card shot up and got over $700. It was the only card to ever be printed with Phyrexian text on it, meaning that it was hugely sought after, and being in pretty low supply the market drained quickly. It wasn’t until a reissue in 2017 that the price was brought back down to around $250, and then another reissue in the latter half of 2019 brought it right down under $170.

This was a slightly better pickup a month ago when there were still €110 copies on MKM, but even now at €150, I think it’s still a safe bet. The cheapest NM copy on TCGPlayer is $295, so still a very nice margin there, and there are only 9 NM copies total on TCG – not exactly a lot. By the time you get this from Europe to the US I wouldn’t be surprised to see prices well over $300, so don’t hang around if you want to get in on this one.

No matter how many times Demonic Tutor is printed, in whatever form, it always goes back up. Remember when the UMA printing brought it down to $20? And now it’s $32 again. 67k EDH decks is a LOT, and it doesn’t take many of them wanting the new Judge foil version to push the price up. $107 to $160 isn’t as big a gap as it might seem once you factor in fees and shipping, but I like holding onto this one a little while. I can see it pushing $200 and above within the year, which is much tastier.

The one caveat here is that we might see a reissue of Demonic Tutor in the next wave of Judge promos, so a good plan is either to flip this one relatively soon, or just buy more and dollar-cost-average when the next wave hits. It’s often the case that with a second wave, the price ends up lower than it was from the first wave, but then bounces right back up in 12 months or so. This is exactly what happened with Rhystic Study and Food Chain, but there was still plenty of room to make money on both cards, both before and after the second wave.

Yep, you read that right. $235 difference here, but copies in Europe are draining hard and the €75 ones won’t be around for long. Only 5 listings on TCG ranging from $325 to $800 shows seriously low supply of this card, and major vendors are all out of stock. It’s not the most popular EDH card compared to some other Judge promos, but if you’re playing a Sliver deck then you’re playing this card, and your only options are this one or the Future Sight version, which I think has inferior art.

This is definitely a quick flip target if you can get it, and even if the US price retraces a bit once some more copies hit the market, I can’t see it sinking back down anywhere close to the $90 range. Again, we might see another wave of these promos sent out, but you should be able to flip this long before that happens.

Lastly, if you’re wondering how to go about getting a foothold in EU arbitrage, you can check out my article on it here, and if you’re a Protrader you can also hop into our Discord server and link up with members on the opposite side of the pond from you. Any questions, hit me up on Twitter or in the Discord!