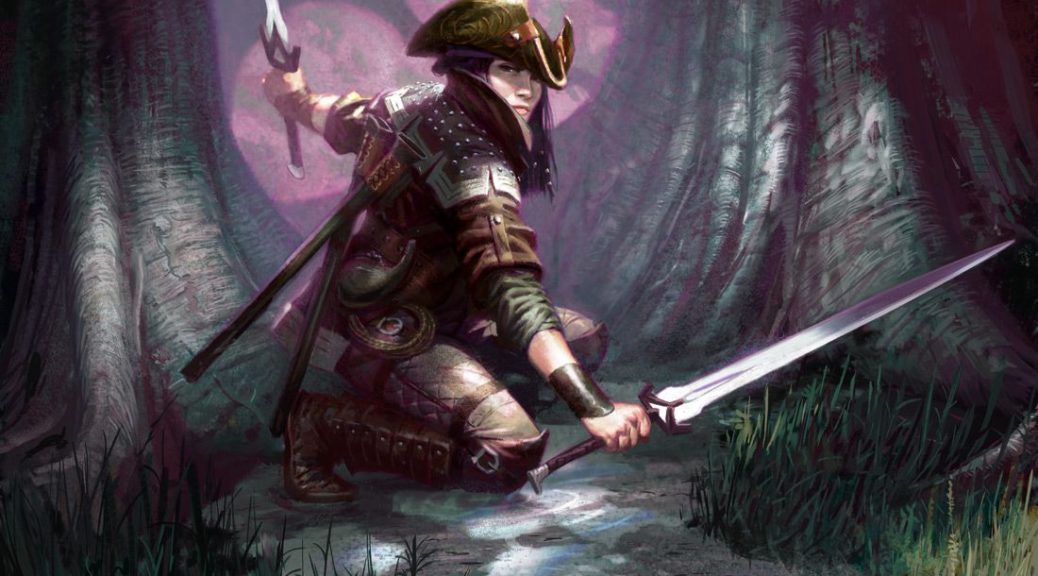 I’m going to do that thing where I compare 3 decklists to see if anything pops out. If you’re new to the series, I’ll explain later. If you’re old to the series, you’ll be happy to know that article you all try to make fun of me for is like 10/10 this week. There are no misses, only longer-term specs. Enjoy buylisting foil Edgewalker for $30 in a week.

EDHREC has some preliminary data from early birds making decks on Archidekt and Moxfield and not TappedOut. If you’re still using TappedOut, stop. Switch to Archidekt or Moxfield or Deckstats or Aetherhub. This data is early, but it does counter a pervasive (unsubstantiated) opinion among finance people who may or may not play EDH that “no one is excited about Omnath and it’s the Cleric card that’s exciting,” something I’ve seen more than once and I’m paraphrasing here. That might be the case later, but for right now, I don’t see much evidence that Omnath is unpopular. In fact,

It would appear that Omnath has some serious juice at the moment. He was anticipated and spoiled a little ahead of some of the rest but he’s being built 28 times as often as Taborax at the moment.

The thing is, it’s somewhat irrelevant whether Omnath is built more than Taborax or any other commander over the next few months. What IS relevant is whether the cards in Omnath go up as a result of how much it is built. cEDH players are somewhat interested in Omnath as they are in any commander that says “When [name] enters the battlefield, draw a card” because they can build Food Chain, which is one of three things they like to do. Looking into cEDH builds seems irrelevant because every card in those decks is already expensive and every deck in those colors is the same. If they have a 5 color Food Chain deck, they don’t get to play Demonic Tutor. If they had a 3 color Food Chain deck, now they get to play Enlightened Tutor. I’m not saying cEDH isn’t fun or valid, but I am saying everything financially relevant is already expensive and won’t go up on the basis of a new commander.

Great, you devoted a whole paragraph to what not to buy. Super great advice, Jason.

Hang on, nerds, I never said I wasn’t going to tell you what to buy, damn. The thing is, I think we’re forgetting something fairly major here, and that is that most of the Green commanders in this set are really samey. There’s a landfall one, a landfall one and a lands one. Will Taborax or Orah or Linvala even get played more than Omnath? Maybe. Will any one commander be built more than the total number of Omnath, Ashaya and Phylath decks? Not likely. That means anything in all 3 decks is bound to matter.

I outlined a process in a previous article a process where I use a list comparison tool to look at 3 lists of cards and spit out which cards are in 2 of the lists or all 3. I think Yasharn is dissimilar enough from the other 3 Green commanders to exclude it for now but boy, the other 3 don’t have a ton of daylight between them beyond differing color identities. I think the best specs will be in all 3 decks because that is bound to be very significant and we might find some cards that aren’t already expensive.

Ashaya looks like it has a bit more consensus on what to include, but if you’ll notice, the more colors, the more cards in the lists. That makes sense, if 84 people are building a 4 color deck, there’s no way there will be as much consensus as with 13 people building a 1-color deck. This will weight the Ashaya cards fairly heavily, but with more Omnath decks, we can sort of call it a wash. Remember, we’re not looking at how much each card is played, merely at which cards are in all 3 decks.

This card is very good and it’s going to be in a lot of good decks going forward, it’s not super likely to get reprinted per se and it keeps getting cheaper. If you’ve played with this walker, you know how absurd it is. I use it in 3 color Omnath and it does work. That emblem wins the game if you get it and tapping Forests for double is absurd. If there were more Ashaya decks, surely Nissa, Who Shakes the World would be in the mix. I like this when it finishes getting cheap, although close to $3 for a useful ‘walker has to be close to the floor if it’s not reprinted.

Card Kingdom wants almost $6 for this card and they’ll get it, trust me, which means that $3.75 on Channel Fireball, a site where their subscribers are given store credit every month and encouraged to use it, won’t last long. It doesn’t take much to clean out their inventory.

So even though this isn’t on all 3 lists, it’s only missing from the deck where it’s the best and I don’t expect it to not start showing up in a mono-Green deck. I like this under $4 a lot and I think it could hit $10 but it definitely hits $8.

This isn’t a good spec, now, I just want you to see how adept Lotus Cobra is at shaking off reprints. It’s never been reprinted in a set with a ton of good cards and Expedition box-topppers, though, but when this price craters, and believe me, it’s going to crater, there might be some money to be made. Cobra is good in a lot of EDH decks and if it’s like a buck, there’s no question there’s upside. It being reprinted at non-mythic rare is a blow, but if you’re not holding any copies, who cares how cheap it gets? Just buy in and you’ll probably be able to buylist them for like $5 in two years.

This card reminds me of another card that never got above $1 for this first year and I was buying copies at the LGS because they were 2 for $1 there and I had store credit. The card never broke $1 on any site and I just sat there waiting and waiting, wondering if I even understood mtg finance anymore. I came up with all sorts of reasons why the price was stagnant and when it finally hit $2, I sold a lot of them for a mere double-up, keeping fewer than $20 copies. Here’s a graph of that card.

Return of the Wildspeaker is doing the same thing Rishkar’s Expertise did and this time I know better than to doubt myself.

Rishkar’s Expertise has been out 3 times as long as Return of the Wildspeaker and is in two times as many decks. Does it logically follow that Return is therefore currently overachieving? No, but it’s worth thinking about in those terms. Can you see Return’s graph doing what Expertise’s graph did? Imagine Throne of Eldraine as a set once it rotates out of Standard. The value has to go somewhere and I think it’s super reasonable to picture a scenario where a version of Return of the Wildspeaker is $9 on Card Kingdom. What can we expect to buylist it for in that case?

It’s hard for me to picture a scenario where Wayward Swordtooth isn’t in Commander Legends. If it’s not, this is a $20 card before there’s even a chance to reprint it. I don’t like paying $15 for a $20 card, so if you can snag those 4 Euro copies on Card Market, go for it.

This was all mono-Green stuff, obviously. Would you like some homework? Read over the list of common cards between Phylath and Omnath and post your favorite spec in the comments section here or in the MTG Price Discord.

That does it for me, everyone. Thanks so much for reading. Until next time!