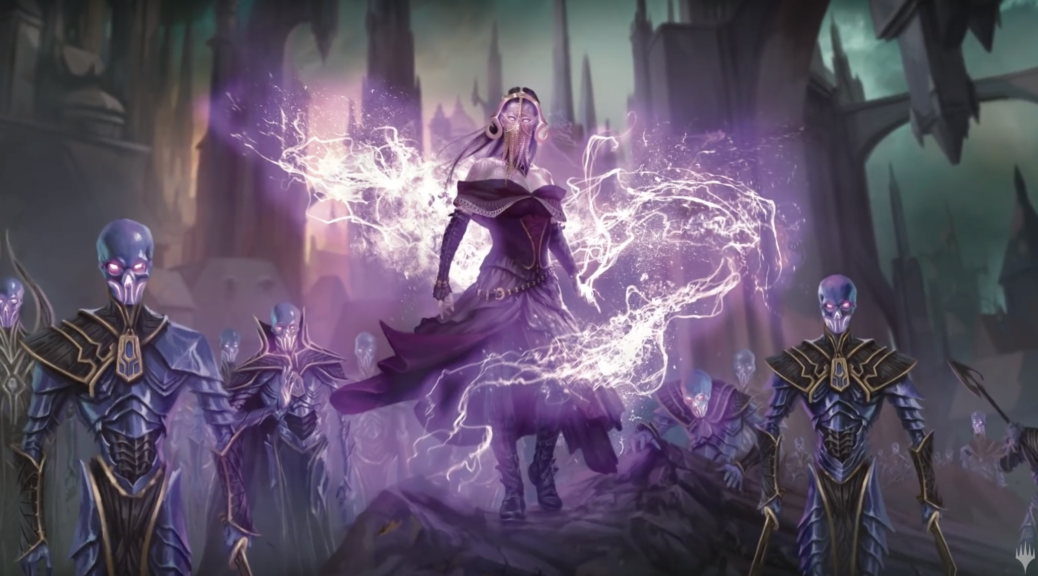 Zendikar Rising has arrived online, and paper versions can be played with this weekend, prerelease style. Vendors have started to get their allocations of cards too, and are cracking them to fulfill presale orders on Sept. 25.

There’s one subset of this experience that has more significance than new cards: The List, that set of 300 reprints that is only available in these Set Boosters. We need to talk about what’s on The List, how the prices will be affected, and what to expect going forward.

First of all, let’s examine MaRo’s words about Set Boosters. I like the concept, it’s for people who like cracking a pack for the experience, for the neat things. Drafting isn’t always conducive to that behavior, and now we have an in-between for the workhorse Draft Booster and the super-bling Collector Booster.

Plus we have a 5% chance of a minigame!

The List represents an extension of the Mystery Booster experiment: how many copies of a card need to enter circulation for the price to actually go down? I’ve written before about the joy of the Mystery experience, and I sold out of the playtest cards too early, but the concept is great. Reprints are good for accessibility.

Mystery Booster: Convention Edition represents a good reference point for this level of reprint. If you’ll recall, there were 14 slots of regular cards and one slot for the Playtest cards. Each of those slots pulled from its own sheet of 121 cards. So to get a Mystery Booster edition of Purphoros, God of the Forge, you’d have to open, on average, 121 packs.

Mystery Booster was first revealed in November 2019, and that engine really got going in the following four months, coming to a screeching halt in March 2020. You can see that the original Theros copies did take a hit, being down about $7 from its high around $23. That’s for a mythic from Theros, and while there’s been a Secret Lair, there hasn’t been a lot of reprint to this and the demand is middling, being in about 18,000 Commander decks online.

Let’s look at a true Commander staple. “Did you pay the one?” is asked by 64k decks online and likely it’s used even more often that than that, causing chaos, eye twitches, and lectures from the table:

Rhystic Study hasn’t flinched at all. Jumpstart hasn’t made a dent either. It’s just going up and will keep going up. Clearly the demand for the card has outpaced this meager increase in supply. It’s quite possible that if Rhystic Study had NOT been in Mystery booster, it would be a $35-$40 card. We can’t know what the price would have been, but a slow increase during the reprint time is a sign of strong demand.

What about weaker demand? Let’s take Recruiter of the Guard, which was a rare in Conspiracy 2, so there’s not a lot out there. It’s in about 9,000 decks online, but can be a very useful combo piece in the right deck:

We see that it was riding high, hitting nearly $30, but the reprint has lowered it to the $14 range, beginning in November when the first Mystery was getting opened.

That makes sense, thinking about the use cases of the cards. If you open a Rhystic, you think, “Hey, I have a Commander deck that can use this! Let’s sleeve it up.” If you open Recruiter, it’s much more narrow in application and you’re more likely to sell/trade it. The effect is more and more noticeable as you go down the list of Mystery Booster cards and cross-reference that with amount of play on EDHREC. Constructed staples (Manamorphose, Path to Exile, etc.) stood a decent chance at recovering until the pandemic shut down paper play, but casual cards are still selling well all over the Internet.

So now that we have an idea of what happens to prices when there’s 1 copy in about every 121 packs (roughly 1 per five boxes), let’s look at Set Boosters and The List.

We get a card from The List 25% of the time. Literally a 1 in 4 chance. Then you have the 1 in 300 chance of getting a specific card. Statistics and probability are not the same as reality, but on average, you’re going to have to open 1200 packs to get one of a certain card from The List. At 30 packs/box, that means 40 boxes. That is roughly nine times less common than Mystery Booster’s rate of giving you a certain card.

Nine times! And this is for a subset of boosters that I’m sure people will draft with, when there’s stores open for drafting and if the boxes all arrive on time!

It’s also worth mentioning that according to BenB over at Star City Games, Wizards put the word out that The List’s frequency would be affected by the rarity of the cards involved. More of the commons, less of the mythics, like usual.

However, the unboxing videos so far do not reflect this, so more data or more clarification is needed. The List is unbalanced, having 35 mythics, 139 rares, 85 uncommons, and 41 commons. That doesn’t reflect price, as Rhystic Study is at common.

My point here is that I’m not worried about The List as a reprint engine, at least for Zendikar Rising. If I had a stack of The Chain Veil in my spec box, I’d still be fine with a hold, or go ahead and sell some. The key, as always, is to look at how popular the card is. The List is going to be more of an exercise in reflecting how people think about a reprint as opposed to adding a meaningful number of cards to a certain supply.

Being on The List means less than being an Invention. Less than an FNM promo. Less than a Buy-a-Box. Less than Mystery Booster. I’m not going to let The List affect me until I see some data otherwise, because the information we’ve been given works out to a very small quantity and therefore shouldn’t affect prices.

This may change going forward. Wizards might decide that this is too incremental, and juice the drop rates, or decrease the number of cards on The List, or add foils to the mix. Can’t predict what they will do in the time of COVID-19. But if you have cards from what is now The List, I wouldn’t panic. You’ll be fine.