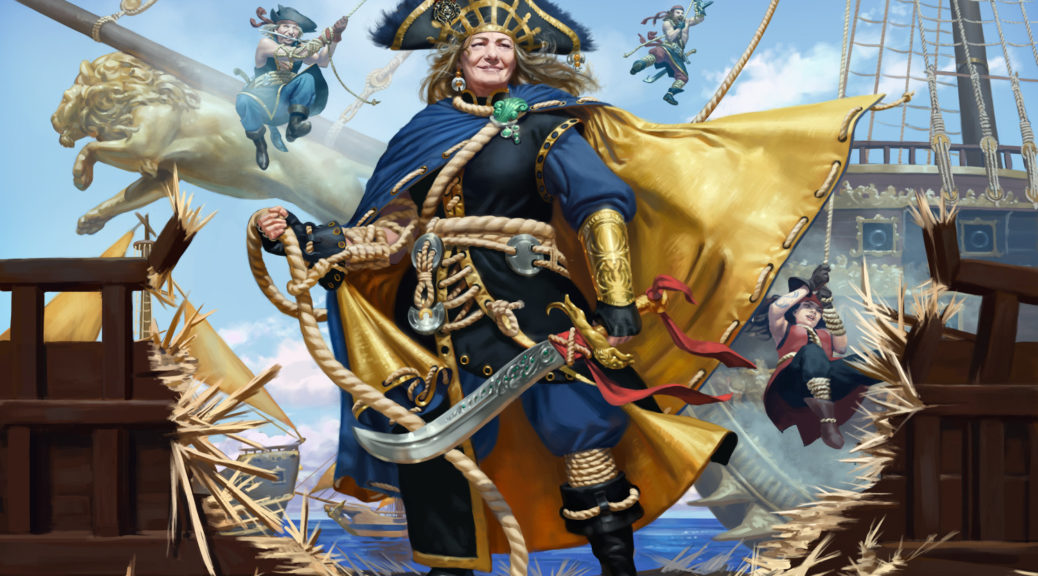 I have talked a lot in the past about how cards that are spread over multiple new decks are more attractive picks to me than “obvious” cards in just one deck. Sure, Final Fortune spiking to $20 makes headlines when the MTG Stocks twitter account posts it for everyone to see, but the stuff that spikes slower attenuates more slowly, also. I have made it clear that I don’t feel bad when we miss “obvious” cards because obvious cards are sometimes wrong despite being obvious. I hate to keep harping on my “Vannifar or Teysa” comparison but it’s one of the most important lessons I’ve learned in evaluating cards when they’re spoiled and you can read all about those lessons here and in a few other articles you could probably find by googling my name. The takeaway is that no one expected Teysa to be the most popular commander in a set with Vannifar spiking cards from Intruder Alarm to Thornbite Staff, but here we are, almost 2 years later and Vannifar was a dud and Teysa is the 12th-most-built deck in the last 2 years. Could some Vannifar specs have had a better chance of paying off if they had multiple decks they belonged to? Let’s test our hypothesis, shall we?

I use a multiple list comparison tool to quickly input the average decks from EDHREC and see which cards overlap. It’s quick and dirty but it helps us sift through a lot of noise very fast and uncover some cards that aren’t as sexy but which will not fall off a cliff when no one actually builds the deck. Obeka is top dog right now, but is it another Vannifar? What if we had cards both Vannifar and Teysa played – you don’t have to pick a winner at that point, you can just buy cards both decks need. Wouldn’t that be something?

Does it matter if Obeka or Araumi is the winner here? I don’t think so – I contend there are cards common between the lists and that not all of them are UB staples. Let’s prove it with a very quick and easy test that you can do yourself whenever you feel like it.

I don’t feel like finding the article where I showed you how I do this so I’ll show you again.

On a commander’s page, there is a place to select the average deck for that commander. It’s not all-inclusive, it’s an average, but the odds aren’t great you’ll miss something because it’s simultaneously played enough to go up in price but little enough not to make the average list. This isn’t perfect but we don’t need perfect, we just want some ideas.

We have 25 overlapping cards. Obviously a lot will be land, mana rocks and other deck staples, but we only need 1 or 2 hits.

BINGO. Do You see it?

We discussed sunnyboi already when we talked about how it was a little redundancy insurance in Obeka but it turns out Araumi likes the idea of keeping those encore tokens around for repeat performances. Sundial has two printings and the price was deflated more than I think was necessary due to a supply of Mystery Boosters that was smaller than people realize. Sundial is a $5-$7 card waiting to happen on the basis of being used in both of the two most popular Commander Legends decks and if you didn’t buy them when I wrote my Obeka article, it’s not too late. Imagine if Vannifar and Teysa both played the same card – except you don’t have to imagine it, it’s real and the card is quite good and quite underpriced. As soon as this sells out on Card Kingdom the next price won’t be below $5, I’m sure of it.

Let’s do some more decks, shall we?

Yarlok and Jared are #3 and #4 respectively, which doesn’t make them Vannifar and Teysa, but it does make them Nikya and whatever is 4th place in that set, I’m not looking it up. Lavinia?

This IS at its floor, how interesting. Like I said, we’re not going to get a ton of hits – there will be 20 cards that overlap if the decks share at least 2 colors and a lot of those will be lands and mana rocks. However, you’ll also likely get a hit or two.

It’s so quick and easy to do this, you can pick any two commanders that share a couple of colors or at least have tangentially-related strategies. Remember, commanders in this set will overlap an co operate a bit more than in an average set because they were designed to be played in Limited. Blim can go in a Ghen deck. This set has partner commanders that can be used in any combination. This is the set to plug in two wacky decks, hit compare…

…and see what happens. Predictably, we got some hits.

This flirted with $10 when it was in Standard and while it’s going to take some work to get there again, 2 decks that make use of pernicious Enchantments like this – Ghen to draw the cards then bin the Pact before it bites and Blim to give it away while cackling like an idiot, help out a ton.

Do we love bulk foils? Probably not. I think Collector Boosters have completely murdered set foils and that’s another article for another day. I don’t like any recent set foils, but it only took a few seconds to pull up the graph so why not just do it?

Sometimes you get hits, sometimes you get a lot of noise an no signal. The important thing to remember is that you will spend a half hour at this and find 10 potential specs and it’s some of the best time you can spend scouring a set. Don’t try and figure out the whole format, let a few simple techniques maximize the time you spend.

That does it for me this week, everyone. Thanks for reading and thanks for the good discussions we’ve been having in the Pro Trader Discord channel. Until next time!