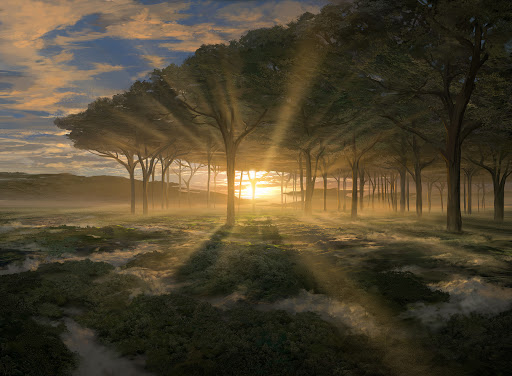 We are hearing about the coronavirus vaccine and the rays of hope are starting to illuminate the future. I’m keenly aware that the virus is still a problem, and it may be super optimistic of me to think this way, but I’m hopeful that things will be back to normal by the end of next summer.

I’m VERY hopeful, because I’m a high school teacher and I would dearly love to be back in school for a fresh new year.

#1: Paper singles for Standard might as well have rotated.

This means that cards from Eldraine, Ikoria, Theros, and Core 2021 are not only a bad idea to pick up, but you should be treating them right now as though they are about to rotate. Between the bannings and the coronavirus, Standard hasn’t been played in person in a while and I wouldn’t expect there would be much to play before rotation hits in late September/early October of 2021.

Last year, when Theros was coming out and we didn’t know what was going to happen in 2020, I picked up a lot of Bonecrusher Giant, Fae of Wishes, and Murderous Riders. Yes, those are good in Pioneer, but looking at the play patterns online, I don’t think that I’m going to have a chance to sell these before they rotate out of Standard. C’est la vie.

Normally, when rotation is nigh, I plan to be out of those cards by Easter, but that’s probably not going to happen this year. I don’t like waiting for cards to fall too far, and here we are. Prices are already super depressed. Start with the best performing decks from this past weekend’s Zendikar Rising Championship.

Lovestruck Beast is a four-of all over the place, in 40% of decks, and is pretty much a bulk rare.

Traditionally speaking, the best time to sell a Standard card is when it is a year old, give or take. Lovestruck should, at the least, be a $2-$3 card. It was trending that way in January, but around March, when things shut down, the price tanked.

It’s this way for most Standard staples: Bonecrusher is a buck, Vivien, Monsters’ Advocate is down to $7 despite being the fourth-most-common card in Standard, and even brand-new, free-to-add-to-a-deck Shatterskull Smashing is a mythic at $8 and falling! These cards should cost a lot more than they do.

One factor to consider is that these are the first sets with Collector Boosters. It’s true that foil Showcase Lovestruck Beast is more expensive at $2, but that’s what I would expect from a card with high Standard play and low Commander play. Compare the stats on The Great Henge, a card I’m pretty high on. Sure, it gets some Standard play (especially because it curves out with Lovestruck) but Commander is driving that boat, with nearly 16,000 decks registering it online.

I’m willing to listen to discussions that with Commander players spending more on chase versions, the regular versions of things will be less sought after and therefore less expensive.

But 40% of Standard decks playing this as a four-of, yet it’s a quarter? No, this is a demand problem that won’t be fixed until the very end of Standard, and I don’t want to hope that there’s a brief window of crazy Standard demand right before rotation.

#2: Plan for the frenzy in Modern, Pioneer, and Standard.

This is absurd. This is a land that has two printings, yes, but it’s also in 65% of the Standard field, averaging more than three copies each. It’s listed in 33k Commander decks online, and is the only fetchland currently legal in Pioneer, and is in more decks than basic Swamps. All of this is fact, and yet it’s $6 online!

Passage got a reprint in Core 21, and that put the price low enough that no one felt it was a barrier to get in. It’ll rotate out next fall, as both Throne and Core 21 will rotate out together. Very clever of Wizards, and I’d expect a Prismatic Vista reprint before we got a Passage reprint. Getting in at $6-7 and then exiting in 12-18 months for $12-15 seems quite reasonable.

Similarly, I’m in favor of getting in on Ugin, the Spirit Dragon. I’d understand if you wanted to wait till closer to rotation, but the lack of paper play means that there’s a big discount already built in:

I admit I’m more hesitant about Modern cards, given that we’re getting Modern Horizons 2 at some point in 2021, but whatever isn’t reprinted in that set, you’ve got a green light from me to go wild. I’m most interested in Force of Negation, because a reprint will either drop that to $20 or a lack thereof will send it heading for $75+. There’s not much room for middle ground there.