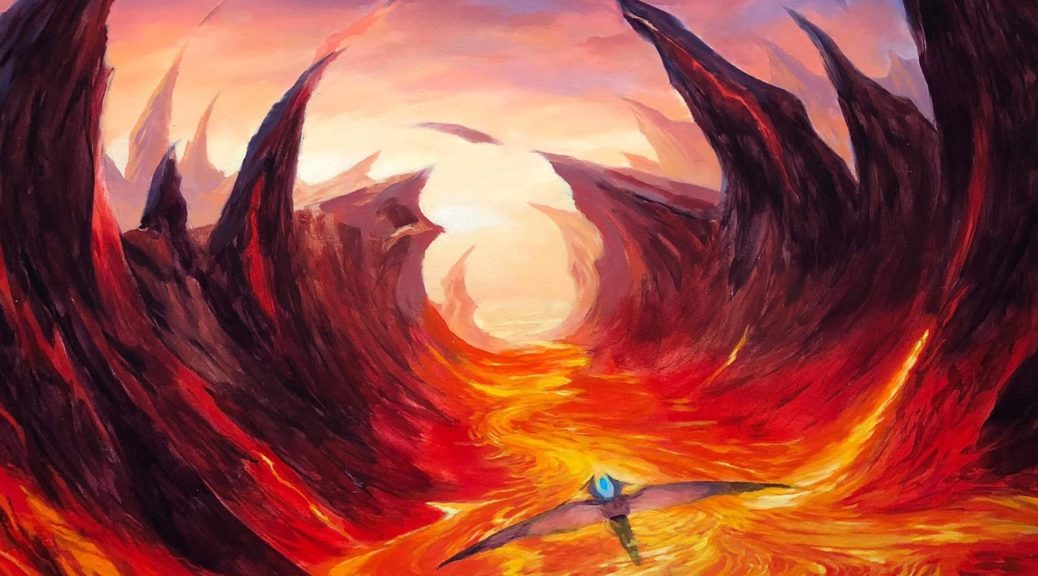 I know, I know, it’s a reductive title, but it’s accurate.

We are at max supply of Zendikar Rising, all the attention is on the Kaldheim previews that we’re getting, and all I want to do is buy lots and lots of ZNR cards. Let’s look at some of the tastiest options, where we’ll get in and where I’m hoping to get out.

Bala Ged Recovery ($2 regular/$4 foil) – There is no alternate frame available here, but in a different era this would be a slam dunk for an FNM promo. Yes, it’s a $2 uncommon when the set is at its maximum, but it’s already in a TON of Commander decks and this is exactly the sort of card you want as a double-faced land. Early on, you just want the land. Later on, it’s a cheap regrowth and you’ll likely play the card you just got back. It’s not super simple to reprint a foil double-faced card, and there hasn’t been a double-faced card in The List yet or a Secret Lair thereof. It’s possible that a Commander deck will have one random double-faced card, but that’s pretty unlikely. These look relatively safe from reprints and should start a steady growth, especially in foils. I won’t be shocked when the foils double up in a year.

Feed the Swarm ($1/$2) – Same principle applies, although this is notable for being targeted enchantment removal in black, which hasn’t really gotten this effect before. It’s not a great removal spell for creatures, but it’s got a lot of power due to the unique nature of the removal for enchantments. It’s already been put into more than 5,000 decks online, which is an amazingly fast adoption rate, just behind Bala Ged Recovery. The buy-in is low here too, as there isn’t a special frame to chase, just plain old foils.

The Pathways – I’m ambivalent on these. I think they are good, but they aren’t really staples the way that the Triomes are. Not fetchable, and not even as good as buddy lands or Temples. The adoption rate has not been low, but this is just going to be slotted in a whole bunch when you have them. The extended arts look good, I just don’t see a huge growth market because while they are flexible when you play them, you’re locked in.

Scute Swarm ($2/$2/$3 showcase/$4 showcase foil) – It’s already in nearly 5,000 EDH decks online, and while I don’t relish the idea of keeping track of something like this, it does grow at a geometric rate. Heaven knows there’s enough ways to make this go nuts in Commander games, and if you’re really feeling spicy, mutate something onto it first. This card is a challenge, and something that can already break Magic in its online incarnations. Players dearly love saying “How crazy can I go with something like this?” and that tends to lead to profits.

Felidar Retreat ($1.50/$1.50/$1.25/$3) – This has been added to decks more slowly, as it’s not in the mega-ramp color that green is, but it’s still an amazing card if you can trigger it regularly. I think it’s being added to +1/+1 counter decks more than token decks, but it does straddle those two worlds admirably.

Ancient Greenwarden ($14/$16/$18/$24) – I do love mythics at their lowest price points, and especially ones that enable all sorts of shenanigans. We’ve got crossover between the ‘play lands from the yard’ decks like Gitrog Monster that can power out value engine after value engine, cross-referenced with the doubling up of anything that triggers off of lands. Best friends for the Greenwarden include Polluted Bonds (already a big spike on that card though), Field of the Dead, and of course, Tatyova, Benthic Druid.

Thieving Skydiver ($1.25/$1.25/$3/$8) – It’s hard for this to go wrong. It’s been added to a lot of decks online and it does something we all love doing: stealing from other players. Your ramp is now my ramp, thanks so much! There are a lot of decks with comes-into-play abilities that are worth copying, but this one needs to be returned to hand to be used again. Erratic Portal should be the first thing you steal, but play it with Crystal Shard as well.

Malakir Rebirth ($0.50/$1.50) – It’s not as immediately popular as some of the other DFCs from this set, but this is a freebie. Most Commander games, you’ve got a creature that you want to keep in play, and this is one mana to save it from 97% of removal spells. No one would add just the spell to their EDH deck, though, but having this as a land when you need it makes it good enough. I especially like a low buy-in here, though it’ll require you to be a bit more patient on growth. An excellent target for buying in larger numbers, and then buylisting the whole stack.

Glasspool Mimic ($2.50/$3/$4/$6) – Clones are often awesome in Commander, but this one does have the drawback of only copying your stuff. Still, it’s a very cheap Clone at three mana, and it’s a land! I’m in the camp of ‘up your land count to 45+ in Commander’ using these rather than using them as an excuse to shave lands, but you do you. This is also used in a lot of Modern, Pioneer, and Standard decks online, and has the bonus of not rotating out of Standard until October of 2022, hopefully meaning that people will get to play with it in person again.

All five mythic MDFCs – I’ve written before about my love for these, and you should, at the very least, get the ones you’ll play in your own Commander decks. I’ve got Agadeem’s Awakening in every black deck of mine, at the least, and I’m equally big on Turntimber Symbiosis. I think you treat these as spells, and treat the land side as a bonus. Regardless of which version you like, they are all at their lowest price and are worth picking up.

Lithoform Engine ($10/$11/$14/$20) – Finally, a shoutout to a card that does it all. Copying spells is already awesome, but this offers a real ‘I can do it all!’ feeling. It pays for itself pretty quickly, copying the cool things you’re doing. It’s not in a huge number of decks yet, but being colorless it’s able to be put into any deck. Its popularity in Commander is reflected in the price: there’s not paper play going on, all price movement is EDH-based right now. This is the #3 mythic in ZNR based on price, and you should get your copies while they are cheap.