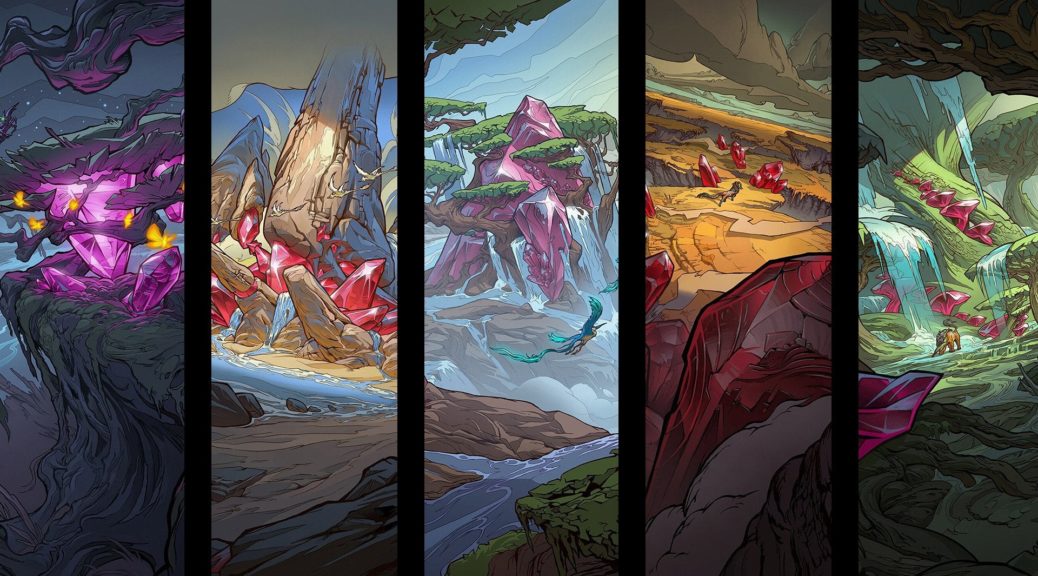 I don’t like EDH foils. I don’t like recommending a card to hundreds of readers when there are like 5 copies of a card left. I don’t like how my Commander Legends foils are curling, but not in the middle so they are straight trash already. I don’t like the fact that Collector Boosters have made foils and non-foils for regular, non-full-art cards basically the same price. I don’t like how foils are LP right out of the pack if the booster was jostled in transit or if you breathe directly on them before you get them in a perfect fit. You can tell me I’m wrong, but you’d be arguing with a personal preference which is a bananas thing for you to do.

Whether or not I like foils, I still feel duty-bound to advocate buying them when I deem it appropriate. I have been informed by MtG Price management that there are times I deem it appropriate. Fine. Fair enough. In fact, there does seem to be a case made for foils, and it’s case that I am going to add another preamble paragraph to qualify.

What I am about to say is speculation. I realize that’s what we do and I got started at a website that literally had “speculation” in its name (we sold gynecological equipment), but lately I have gotten hooked on a drug called “being right” and I am not ready to go back to freebasing “maybe being right” like it’s 2009. That said, this is advice, not instructions, so you’re free to find my case compelling or not. Today, we’re going to talk about foils and how trash they are right now and whether that is an opportunity or not.

I almost wrote today’s article about Double Masters, but apparently I JUST did that. However, looking at Double Masters prices made me realize foils are real weird right now.

Here is the non-foil from Commander 2017

Here is the foil from Double Masters.

Granted, the non-foil from Double Masters is considerably cheaper, but let’s compare these two cards. Is it comparing apples and oranges? Maybe, but perhaps you don’t know whether to buy apples or oranges and they’re the same price right now. Do you think apples or oranges will be worth more in a year? Yeah, bet you didn’t think I’d welcome that apples and oranges comparison, did you? You look ridiculous.

Historically, you’d want “apples” which I guess are foils because apples are sometimes shiny. Foils have a smaller supply so they tend to grow at a faster rate and have a higher ceiling. So do you buy the $6 masters non-foil, the $11 commander non-foil or the $10 masters foil?

I think the $5 non-foil running around makes the $11 non-foil look a lot less attractive. Those prices won’t grow at the same rate, at a certain point they’ll converge. The commander non-foil might come down in price, or the masters non-foil will rise to meet it, or both, but they’ll definitely converge, barring another reprint to muddy the waters.

Aetherflux went from a Washington to a Hamilton. What happened to the foil over the same period?

It went from $5 to $25, but back down again. The Mystery Booster printing didn’t affect the price of the foil, obviously but it plateaued. This is kind of why I don’t love foils. What about something from the same era that didn’t get a mystery booster printing?

The non-foil went from a Washington to a Hamilton as well. What did the foil do?

We’re not seeing much of a foil multiplier on EDH staples from before Collector Boosters, and it’s worse after.

Here is set foil. Yes, I double checked. So why is the non-foil still the same as the foil months later? It’s because there is a new foil in town.

It’s hard to say for cheap, non-mythics. Let’s take a look at a Mythic from the same set.

This is murky. Let’s take a look at a profoundly different alternate art card.

Finally, we see a foil multiplier! Even more interestingly, pricing trend data suggests this is actually at its floor despite the foil climbing slightly over the same time period.

If the foil showcase version is falling a bit and the non-foil is climbing, will they swap and the non-foil will be more expensive? Of course not. Will they converge until they’re within a buck of each other like the regular border? Also doubtful. It seems to me for unique, alternate art cards like these, you’ll see the hierarchy you expect – Set non-foil > Showcase non-foil > Set foil > Showcase foil. We aren’t seeing that right now, though, with this triome at least.

However, we are for some other triomes.

What does it all mean?

I think the set foil’s time is over. With quite a few alternate art non-foils being worth more than the set foil, it seems like people have expressed their preference for “special” cards that aren’t foil. However, the data isn’t conclusive enough to say that there is a clear preference. People may end up being divided and with 4 versions of every card to choose from rather than just 2, the most “special’ version may be a matter of opinion.

I think it’s clear that the “best” version is the alternate art foil where possible, and even on cards like Lotus Cobra and Moraug which haven’t shown they’re likely to follow that trend just yet, we’ll see that in a year or two. WotC has a tendency to re-use special art, though, so it’s not like the alternate art completely insulates the card from reprints, but I believe it does help.

I still don’t like foils very much. They get scuffed easily making them easy to get devalued, I have a hard time moving them, there are fewer copies usually so it’s tough to recommend a small pile to a large audience. I’ve said all of this. What I will say is that I think despite showcase foils coming out of the gate very expensive, they are apparently calming down after a few months and I think they could be excellent buys.

Since I didn’t really recommend any cards, I think I’ll do that now.

This is going to keep getting reprinted, but I am not sure how many more extended borders versions there will be. $25 seems decent, but I bet it comes down. Watch the price and if this goes below $20, that has to be the floor or close to it, right?

Three Visits is an OK card that was sort of hyped partly based on its scarcity before, but I also think that a mere 2x multiplier on a card that’s getting used more and more now that it’s not long priced out of decks is small and will likely end up a 4x or 5x barring another reprint of a special version.

This is worth a 3rd as much as the Green one.

Is 1620 more than 1568? Yes. Is it 3 times as much? Nope! Sure ain’t. I think that means that even if the Green one is overpriced (it might be) the Black one is still underpriced. The White one is played less than Green and more than Black and it’s at $17. I like Ambition a lot because it’s the only one I think won’t go down before going up. Watch all 4 (the red one kinda sucks).

The triomes tanked a bit after printing, but War Room seems like it’s starting to disappear under $20. I’d watch it and see if copies around $12 re-appear to replace the ones that sell or if $12 is the floor.

That does it for me this week. I don’t understand foils as well as I would like but I feel like I supported my position with data, which is all I can do. You’re free to make up your own mind and argue with me in the comments – I welcome it. If you’d rather argue with me privately in a Discord server, become a Pro Trader today and have access to that feature as well. Whatever you do, don’t buy like it’s 2012 and I won’t write like it is. Until next time!

2 thoughts on “Unlocked Pro Trader: The (Maybe) Case for Foils”