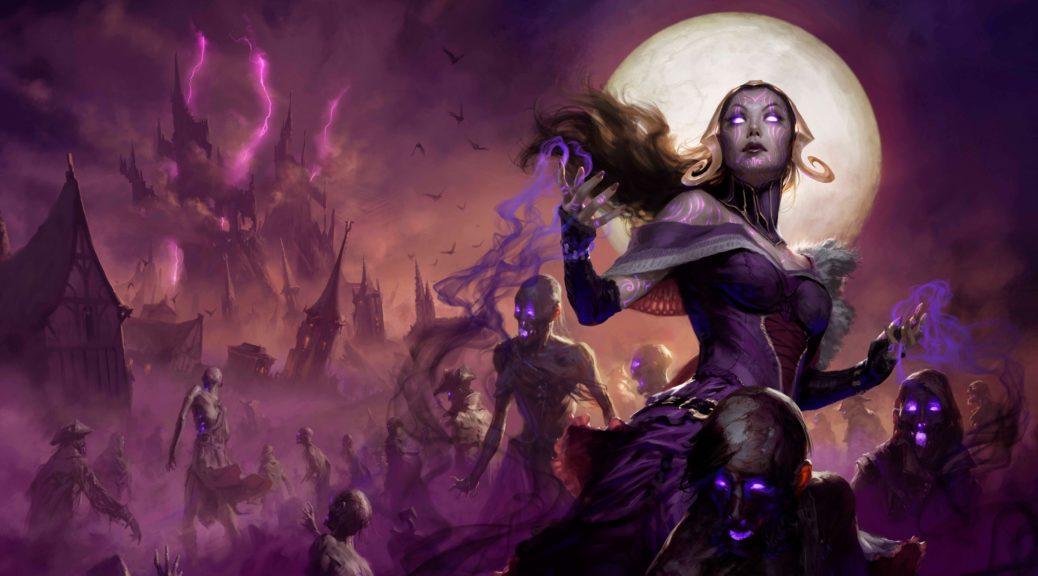 Usually I pick one commander, the most popular one, and do a whole article going very deep on just those picks before moving on to the next commander. The problem then became that by the time I got to the 4th or 5th article, all of the obvious picks had dried up. I feel like I was doing you a disservice by not mentioning big, obvious stuff while there was still time to get it. I can get granular for granularity’s sake later when the obvious stuff dries up. I think that money is money and picks are picks, but I also think you’re going to get sort of annoyed if I don’t mention obvious stuff because I tackled the subjects in the wrong order.

To that end, for this set at least, I’m going to try and cruise through quick hits for the set this week and for the precons next week. It’s not ideal either way – ideally I’d write a huge primer the second I had any data and you could all read it at once, but since that’s not really an option, let’s at least pick the low-hanging fruit, shall we?

The distribution so far isn’t quite how I expected it to go, but I think the precon commanders are liable to overshadow the set commanders a bit. That’s fine, I don’t love the idea of them jamming 35 Legendary creatures into every set now, anyway. We’re drowning in commanders and that has the effect of making everyone make every good one just to keep up rather than getting to spend some time with some silly ones. I don’t love it but that’s my commentary as a person who cares about the format. As a person who cares about prices, it’s probably not going to tip over the house of cards yet.

I didn’t really expect Extus to be number 1, but I was basing that on the fact that I like Extus a lot and usually the commanders I like a lot aren’t as embraced by the community. I also like Uvilda and Nassari and that deck isn’t even in the top 18 here.

I’m going to do the most obvious stuff from every deck in no particular order. Sound good? Don’t worry if it’s a little jarring, we’ll do this again next week and we’ll go deeper the week after. Let’s begin.

Fury Storm is perfect. It’s cheap for now, on its way up for the second time in the past 4 months, and most importantly, it does more copying for every time you’ve played your commander, which happens to be the spell you’re copying. This card was made for this deck and supply seems to be on the move.

No real deep analysis here – this is a bit of a no-brainer.

This would be a no-brainer if I wasn’t so afraid of a 4th printing, which I am. Still, this card does WORK and if that printing doesn’t come soon, there’s money to be made on a card that gives you an absurd number of tokens. Also, with Divine Visitation out, you never make a Thrull and he goes OFF.

I’ve been on about this for a few sets and I think this probably can’t get cheaper, but it HAS already flirted with $15 and it’s gettable for under $10 on TCG Player but selling out elsewhere. Seems significant.

I’ve called this before but it doesn’t appear to be too late, wow. That’s great growth and while a reprint will stamp on us pretty hard, I don’t know if one is coming in the next year.

While there was never a truly cheap time to buy in, it doesn’t look too bad now. A year on and things are starting to trend up. I wouldn’t wait if you’re going to buy these. Consider the extended art.

While it was obviously better to buy right when this got a Mystery Booster printing, isn’t it nice to know it completely shrugged that off and continued on its upward trajectory? This card is a monster.

After I wrote this, a reader pointed out that Archive is in the Witherbloom precon. Do I think it can shrug that off? Yes, and I think when it bottoms out, you can safely buy in. It will go lower than $10 this time, which is nice.

With Witherbloom being a lifegain school, I think just about every Witherbloom deck can use this. This is like $2 and it could be like $20 under the right circumstances. If all you want to do is pay $2 and buylist for $5 later, this seems like a slam dunk.

This was going to go up anyway.

That’s a lot of picks! I’ll go deeper later, but make sure you think about what each deck does and buy cards that go across lots of them, Lifegain, copying, saccing – some of the cards there are staples and some of them are specific to these decks. Go to EDHREC and mess around, find your own specs. I’ll be back next week! I’m out!