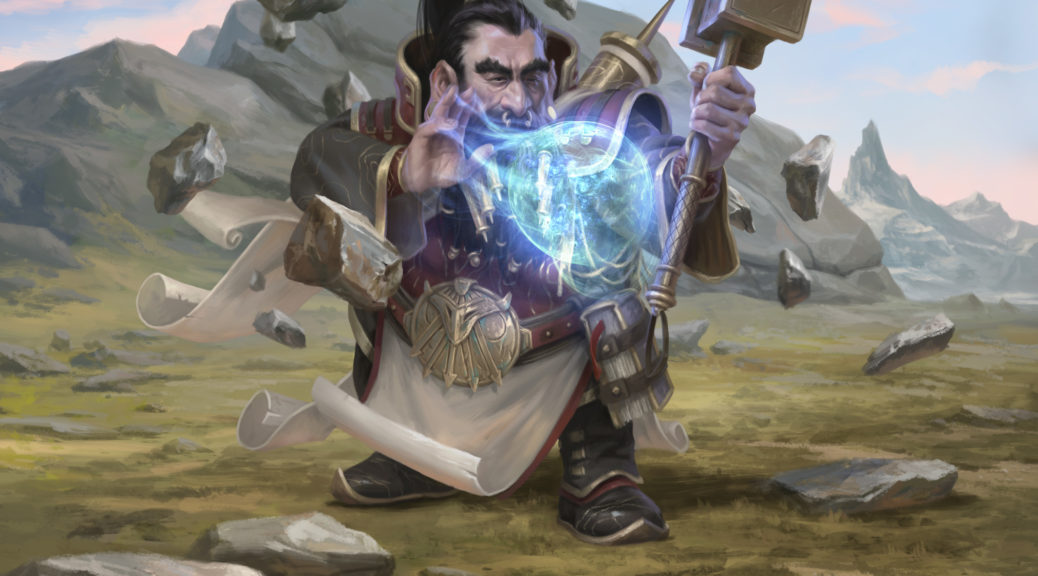 I love Hofri Ghostforge, not just because he does awesome things like make your Spirits get haste and trample, not just because he enables all sorts of extra value shenanigans, but because he’s a Commander in a tribe and color combination that hasn’t had a lot of direct support. Sure, Kykar makes spirit tokens, but that’s a commander for a spells-based deck that wants to get degenerate.

My personal preference is almost always tribal goodness, where synergies can grow and thrive. Hofri offers that, telling us to play a R/W Spirit deck and all the enablers we can think of. Let’s dive in, and see where the value is before others catch on.

Some of these are decent specs anyway, but keep an eye on Hofri’s status on EDHREC’s list of commanders. Currently #8, if that creeps upward some of these are going to spike hard, and that’s when you want to be selling.

Balefire Liege ($3 nonfoil/$14 foil/$3 MYB foil) – This was the first card that really caught my eye. Eventide was forever ago AND had a pretty small print run. It’s had two reprints: Planechase (also forever ago) and most recently as a Mystery Booster retail foil. There’s only 27 EVE foils on TCG right now, and only 7 are NM. That’s a really low supply, and MYB foils weren’t exactly common to begin with. An excellent pickup, even before you get into the awesome synergies that the Liege offers with all the things you’re doing.

Eternal Dragon (less than a buck) – Mostly, I’m looking at the Pro Tour promos for $10 or less, and thinking about how there’s none of the original foil left. Right now on TCG there’s three LP foils, for $60, $225, and $275. Someone read my mind already, as that foil was available for under $40 until just a couple of weeks ago. It does everything a deck like this would want, giving long-term value and even giving you a way to trigger all of the ‘leaves graveyard’ effects on a regular basis.

Hokori, Dust Drinker ($8/$25) – Hokori has never had a reprint, and is one of those cards that makes a table grind their teeth in annoyance. This is not something you can apply one-sided, like Urza and Winter Orb. A reprint would hit this card pretty hard, as it’s not in high demand anywhere. This price is all the scarcity of being the middle set of a block that did not sell particularly well and was 16 years ago. That said, because copies are so rare, it won’t take much to cause a price bump.

Jiwari, the Earth Aflame (50 cents/$3) – 5 NM foils on TCG for a card that’s both niche and should see a lot more play. Channel is an ability that is hard to interact with. You can Disallow the ability, but you can’t Counterspell it. It’s repeatable killing on the table, or a semi-boardwipe, all in a tasty Spirit package.

Karmic Guide ($7 up to $140 for the OG foil) – There’s been a few versions of this over the years, but it’s such a ridiculously easy card to abuse! Being from the first foil expansion set has kept the foil value high over the years, and the Angel synergies tend to play a part too. If Spirits start taking off as a tribe, I’d expect these $7 copies to hit $15 quickly.

Kataki, War’s Wage ($1 up to $35) – Two reprints to check on here: One was Modern Masters 2013, the other was the infamous Modern Event Deck, the only one of its kind. Should Commander players start picking this up, look for the MM foils to shoot up first, as there’s about a $20 gap between that one and the Saviors of Kamigawa original.

Myojin of Cleansing Fire ($3/$25) – Only one NM foil on TCG, for a card that’s never been reprinted. Sure, it’s eight mana to destroy all other creatures, but that’s the dream in Commander-land. Triggering this with Hofri out will get you all the tokens for the other creatures you control, so use with caution.

Nobilis of War (25 cents up to $5) – Having the Modern Masters 2015 reprint probably means this won’t take off, but it’s fantastic in the deck. Giving this Spirit a boost, plus trample and haste, means that it and any other Spirits are going to come down and hit hard. Unlikely to have a huge gain, unfortunately.

Oyobi, Who Split the Heavens ($1/$7) – I get that this is a seven-mana card that requires you to cast more Spirits, but to Commander players, that’s not a downside. We run a search for the creature type in the text or type line and get to it. This will have wonderful returns once it’s in play, and is the kind of card more casual players fall in love with. So many Spirits!

Ryusei, the Falling Star deserves special mention here as it’s got not just the OG foil from Kamigawa, but the alternate-art prerelease foil that is a sweet-looking Dragon Spirit as well! There’s a whole lot of cheaper versions, and also two other foil versions from Iconic Masters and Modern Masters 2013.

Twilight Drover ($3/$10) – One of the most incredible token enablers ever, the Drover has surprisingly avoided much reprinting. One Duel Deck appearance, and then that’s it. The foil is primed to explode, with only a handful of copies left and very few of those NM.

Now, a couple of enablers I love:

Emeria, the Sky Ruin ($10/$40) – The foil price is a bit misleading, as there’s very few NM foils around. White has a whole lot of one-shot reanimation effects, and I like to plan for the inevitable mass death of creatures. I was gobsmacked to find that this hasn’t been reprinted even once, but if you’ve ever seen someone recur Sun Titan with this, you’d understand the power level.

Homura, Human Ascendant ($3/$10) – Not a spirit, but a card that’s got tiny supply and is begging to be abused in an aggressive deck.

Marshal’s Anthem (50 cents/$6) – This is one of the only ways for white or red to get back more than one creature at the same time, but having the anthem tacked on is a nice bonus. No foil reprint for this, but it’s only in 3300 decks on EDHREC. It’s been in several Commander decks over the years, including Kaldheim’s set. Focus on the foils here.

Sword of Light and Shadow ($25 up to $100 for a Masterpiece) – A lot of Masterpieces have seen recent spikes as collectors exert a heavy toll on prices, but this hasn’t gone up yet. White doesn’t have a lot of creature recursion, and this is one of the few re-usable effects. I’d prefer that it comes back into play, but you can’t have it all. The Masterpiece is where I’d want to be, although the old-border judge foil is also super sick art and has been more than $75 in the past.