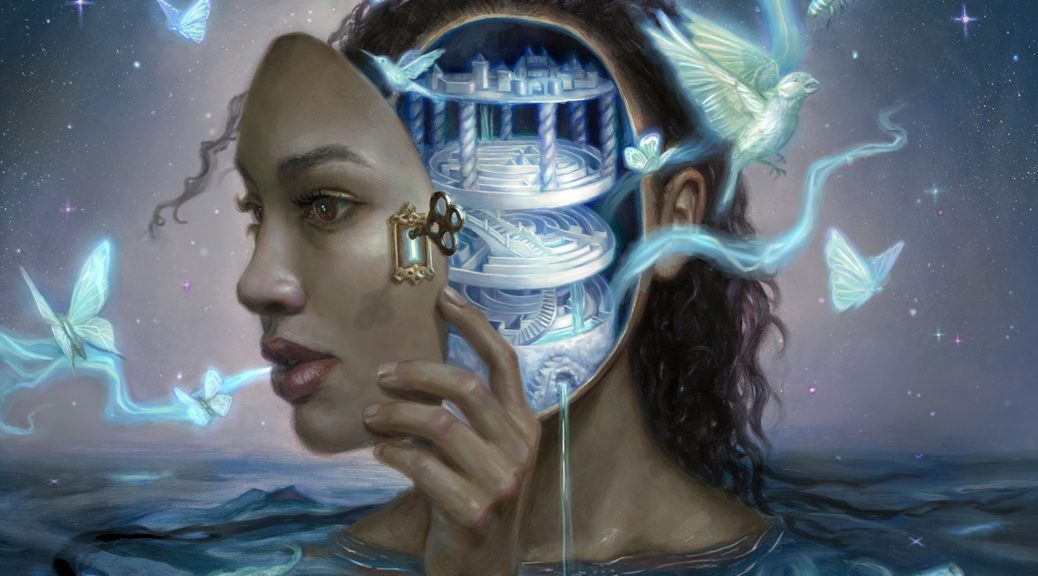 In late September/early October, rotation is going to happen for Standard. I don’t know the exact date yet, but it’s whenever the big fall set comes out. In years past, pre-pandemic, cards that are rotating out of Standard start to slide around February, and there is often a delightful window to acquire some of the best as Standard-only players sell off their cards and move on to the new format.

It’s not clear that the same patterns hold this year, given the lack of paper play. However, given that the sets rotating include some of the most powerful sets in recent memory, it’s worth taking a peek and making some tentative plans. I’m not buying yet, unless something screams at me, but I do like to consider these things well ahead of time and make a note of where I’d like to buy in.

What I’m looking for is cards with high levels of Standard play and good levels of Commander or Eternal play. Hopefully, as Standard players sell off, there will be an opportunity to gain value by buying at the lows.

Fabled Passage ($9 original/$13 foil/$24 extended art/$50 foil EA) – I’m aware this was reprinted in Core Set 2021, but this is a budget fetchland, the only one that’s Pioneer legal. It’s not a perfect land by any means, but it’s registered in 55,000 EDH decks online. If you’re thinking that it’s weak compared to ‘real’ fetches, I invite you to consider the sheer number of decks that play Evolving Wilds (166k) and Terramorphic Expanse (135k) as compared to Polluted Delta (76k). I’m actually thankful that this was reprinted, because it gives us second chances at picking this up cheaply.

The reprint risk is real, as we’ve already seen and we got a reminder of. This is one of very few cards in the four-version era (regular, foil, EA, FEA) to be reprinted in all four versions, and even with the same art. Still, look at where it was when the reprint hit in June 2020:

It doesn’t look like Fabled Passage is going to go down again at rotation. The slow climb upward is likely due to casual players popping their copies into Commander decks instead of trying to sell them someplace. If you’re comfortable with the reprint risk, this could do very well for you. Remember that the FEA version was more than $100 for the time that people were drafting Throne of Eldraine.

There’s a recent wrinkle: an old-border foil that stores will be giving out to players as a reward for spending $50 in the store! It’s not clear how many copies there are going to be, or how long this promotion is going to go on, but I think this is a wonderful card to pick up as copies start getting dumped on the market. Dumping is the right word, as people are going to go buy stuff, then run home and throw the card on eBay. If we’re lucky, it’ll fall as far as $25, a price at which I’ll fill cart after cart and just be patient.

These being three colors, it’s trickier to fit into decks, but it’s worth it. I imagine that five-color decks use this the most, but even the FEA versions are up $5 in the last few months. Those versions of the card won’t be going down at rotation, but these cards would be a delight to pick up in a larger quantity.

Ugin, the Spirit Dragon ($33 all the way up to $230) – Ugin is a powerful force in Standard, giving ramp decks an ultimate out and a way to clean up pretty much everything on the board. It’s hard to argue that midrange is playable when ramping a little offers something so ridiculously powerful. The price on Ugin has been going up steadily for the past few weeks, but it’s hard to say if that price is on the rise because of Standard play or because it’s in 15,000 Commander decks. Clearly we’ve missed out on the lowest price for Ugin, back when Core 2021 was new:

However, missing out on the lowest price in the past just makes us ask ‘Is this the lowest price right now?’ and the answer is clearly yes. You’ve got multiple special versions that are dividing interest, so your play here should be to pick up plain ol’ nonfoils. Hopefully prices drop a few bucks on those.

Sublime Epiphany ($3/$4/$7/$14) – This has moderate Commander demand and is in enough different Standard decks that I’m watching out. The cheapest versions are up a dollar or so in the last couple months:

This is a card that will always have some sweet things to do, and it’s worth holding the mana open for this sort of five-for-one. One of these modes is a little questionable, but can be quite handy when you’re facing down a Time Stretch with a Double Vision trigger! With the demand profile that it has, and the small amount of Standard play, I’m hoping this falls back into the $2 range but I’m not holding my breath too hard on that. It’s already had a small bump since Valentine’s Day–there might not be much of a sell-off, and that means it’s time to get in.