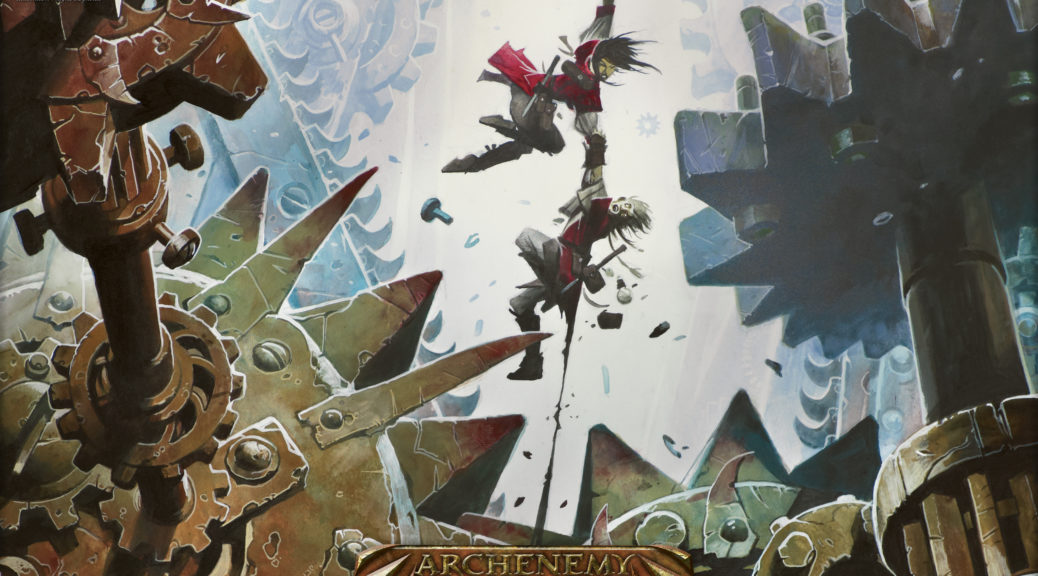 Last week, we did a bit of a quick hits article since there wasn’t much data but since there is a lot more, now, we can go a bit deeper into the data. In general, I think this set should get more decks built than the D&D set even though there were more precons for AFR than for Innistrad: Breaking Dawn because, and I don’t think this is controversial, Dungeons and Dragon’s Maze was a bad set and Innistrad: Team Jacob edition seems better. The commanders are better, the in-set Legendary creatures are better and the full-frame editions aren’t those awful yellow PHB designs. With more decks about to get built, cards are about to pop, so let’s take a look, shall we?

And this isn’t even all of them. Yikes.

Luckily, we don’t have to go through the ones with 2 decks and we can focus on the heavy hitters. Stickfingers is the most important one this week – We have already determined Toblerone or whatever just has Wolf tribal cards and that’s about it and that hasn’t changed since last week, so the second-most-built and most novel-looking one is where I want to start.

It seems like a pretty standard reanimator deck, but the enchantments are interesting. Likely nothing doing here, unfortunately, although this makes me wish I had snagged as many Praetor’s Grasps as I thought maybe I should when they were cheap. Oh well, there are no missed specs, only money invested elsewhere (sobs openly).

So you’re building a Golgari deck…

PAY DIRT! Old Stickyfingys is a combo deck! You don’t care about his power and toughness, you care about how much he can dredge you. The Necrotic Ooze/Phyrexian Devourer combo is in play, and historically, those cards can get there just on the basis of it doing well in one Legacy tournament. I never sold my Devourers and they keep going up, which is nice.

If you can get Ooze under $10, I suggest you go for it. This is a $10 card waiting to happen and it wasn’t just Stickyboi that did it. It went to $7 in 2019 which means this second spike will be harder since there won’t be cheap copies in dollar boxes or people’s trade binders. This is a dealer-owned card due to the first spike and we’re in for a real price push. There is money to be made here that there isn’t on Devourer, imo.

At the beginning of the year this started to climb just on the basis of it being on the Reserved List, but I think this stays above $20 basically forever and the Stickfingers combo won’t hurt it at all.

I am a little more cautious here. This is too good for a lot of eternal formats and very niche in EDH. There are a lot of printings and therefore a lot of copies. It looks like a nice buy-in with a historical precendent of a $15 cap, but I don’t love this given the printings. That said, this might go up with a combination of this set and the next set since Green has to do SOMETHING with the Vampire stuff happening.

Stickybuns is a pretty standard reanimator deck, but any combos that work from the graveyard are in play here, so it’s worth looking into cards that work here better than they did before. Here is a card that is also important in another deck.

Solgurk and Stickfingers both have a card in common and I bet you can guess what it is. Did you guess? Oh, right. You have no way of telling me if you got it. I’ll wait. OK, ready? Here it is.

If you can get Loams under $20, I would. It’s great in both of these decks and with Innistrad being a graveyard-based block, the next set could give us another reason to Loam it up. Loam has demonstrated the ability to approach $35 after multiple printings, buying it for half that seems prudent, secret lair or no.

Wilhelt seems kind of boring, but people are pairing it with one card that is old as hell, on the RL and you may have a few in your collection like I do.

I noticed talk about this in MtG Fianance Discord groups and didn’t really love it as a spec, so this is a nice reminder to sell into the hype since $50 for a really niche and not that playable in anything else, really, but if you want to hang on, that’s fine. What I would NOT advise is buying in at $50.

Joey Schultz tweeted something pretty funny but it made me think about whether there wasn’t actually a deck here.

As soon as you play March of the Machines, you make a loop that makes infinite clues that die as soon as they come into existence, triggering another investigation into the mysterious death of a 0/0, sentient clue token. There are lots of ways to kill someone when this happens.

The buy-in is very low on this given how many printings it has, but it is possible either people notice this stupid combo or other cards that do the same thing later also make March go up? I don’t know, let’s look at foils.

$6 doesn’t seem too bad. Mebbe. Mebbe mebbe. I mean, mebbe not. Probably not. But mebbe. Especially if I build this deck and try to do this on stream, which I absolutely will. The problem is, if they deal with your Blood Artist, the game ends in a draw unless you can break the loop another way- I recommend Phrerxian Altar or something like that. The deck will already run it anyway.

That does it for me this week. Lier is very popular, but it doesn’t do anything new and I don’t see any opportunity there. Do you? Argue with me in the comments section. Until next time!