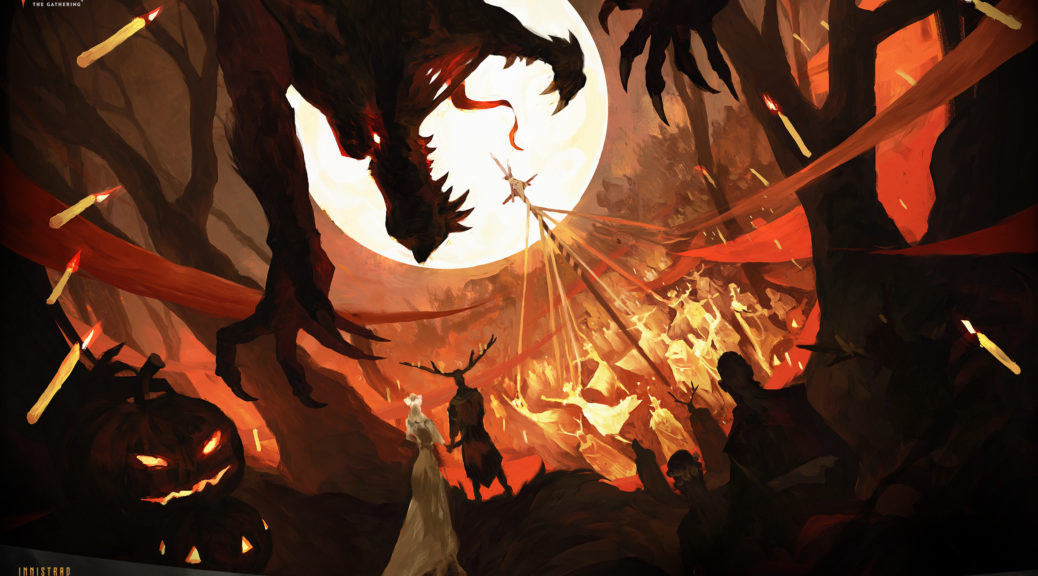 We talk about how there are no “missed” specs, only opportunities to invest money elsewhere, and doesn’t it take a lot of experience and mental discipline to start to feel that way? When you miss the boat on a spec, it feels bad – doubly so if you wanted copies to play with as well. I won’t tell you we didn’t miss some stuff by virtue of ignoring it because it sounds like I’m making excuses for something it was too late to talk about – Wolves and Zombies going nuts. Predictably, very predictably, Wolves and Zombies got some extra attention with A Zombie precon and a Legendary Wolf creature in Innistrad: Team Jacob last week. We could do a post-mortem on what you should have bought so you know for next time, but we likely still would have under-estimated the demand based on how things shook out the last time we traveled to Innistrad. Instead, let’s look to the future and remind ourselves that way more people play EDH now than did 5 years ago and anything we get right here is bound to look even better in a few months.

It may be a bit too late for some Vampires, but not all specs are created equal. Do we expect Stromkirk Captain to be $9 just because Immerwolf went nuts? Not exactly, and any mitigating factors will be discussed here. However, we DO expect some movement, and we expect some reprints, too. So how do we get ahead of the movement and avoid the reprints? By doing what we always do – guessing.

Guessing with data, sure, but still guessing. Ultimately we may be way off-base with some of our guesses, but let’s look at some prices anyway, shall we?

Immerwolf has a very powerful effect, one printing, is the closest thing this tribe has to a Lord and is in the color of every wolf deck.

Stromkirk Captain has 2 printings, including one in a commander precon, is just another Lord in a deck with many and is in colors that aren’t always necessary to play in a Vampires deck considering there are a lot of White and White-Black Vampires in Ixalan. So do we expect this to do nothing? No, not exactly. The foils have only been printed once, can’t be in a precon and are basically gone from the internet. The foil basically went from $2 to $20 overnight, so that tells me the non-foils, preferred by actual EDH players anyway, are in play. At a $0.50 buy-in, these will buylist for a couple of bucks if not reprinted. Is the reprint risk kind of high? Yes, and that’s another reason why Captain can’t go off like Immerwolf did. Let’s look at cards with more potential.

WotC has said about 20 different times 20 different ways that they’re not putting DFCs in the precons. That means Bloodline Keeper has a basically 0% chance of a reprinting next month. This is already on a moonward trajectory, but these will be gone under $25 very soon and you’ll likely be able to get out closer to $40 than $20. This seems like a pretty sexy spec to me and $15 is just the beginning considering it got that high when the Vampire precon came out and more copies are in the hands of dealers than they were 3 years ago. All of this points to a pretty nice payday for people in a position to sell when the precon list is spoiled. Let’s be ahead of the curve instead of cursing ourselves for not predicting Gravecrawler would pop.

Foil Indulgent Aristocrat is a high buy-in at $10, but it also seems like the floor for now. Dealers seems skeptical given the high amount of daylight between retail and buylist.

Nocturnus is affordable and has been stable since the 2018 precon came out. However, it’s somewhat reprintable and while it’s obvious to people who built Vampires back in the day, it might not be obvious to new builders. I still think if you can get in under $10, and you very much can, it seems safe.

This seems like it mitigates reprint risk a bit by being kind of a weird Ixalan specific vampire. It doesn’t have a keyword ability or anything and it’s already gained a lot of value this year, so if you want to skip it, that is probably a decent call. Still, this is a card that doubles in price minimum under the right circumstances, so I would be remiss if I didn’t point out there was a chance for this.

This card is halfway between shrugging off its last reprint and flirting with $3 again. I think it gets there.

There are a few ways the deck can go. So far I’ve been looking at Edgar Markov lists for synergistic cards, but the different vamps have different high synergy cards.

I stuck with Edgar Markov because the Midnight Hunt precons were two color and they were the colors of the tribes in original Innistrad. That seems to basically rule out White vampires, but it doesn’t rule out a lifegain synergy rather than a +1/+1 counter one, so you could get ahead of the curve by correctly guessing the subtheme of the deck. You can buy specific cards when the decks are spoiled, but then you’re competing with everyone else and the whole point of thinking about this now is to avoid the rush later.

That does it for me this week, folks. Remember to go to the Vampire tribal page on EDHREC and look at the lists from every Vampire commander before you buy anything. Until next time!