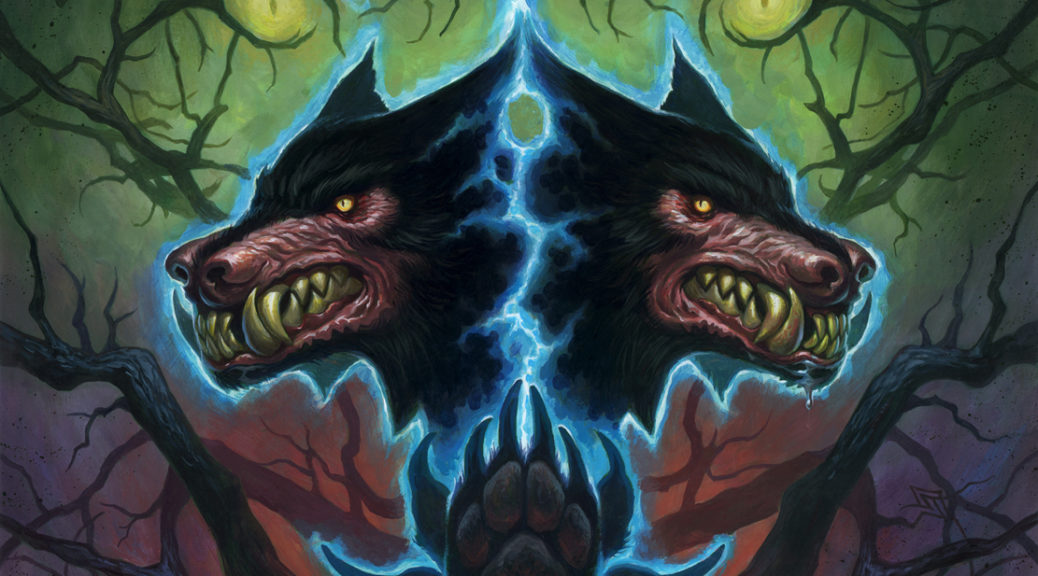 It’s the best time of the year for speculators! Mark Rosewater has released his giant, cryptic puzzle and it’s up to us to scramble to solve it and post our guesses that will likely end up being hilariously wrong. If there is anything that makes me think we should pick something up or get out of it, I’ll mention it. This should be fairly straightforward and involve a lot of guessing, but it’s going to be fun and stupid and we all need that. Let’s look at what Maro said, shall we?

I’m going to go point by point down his list and see if there is anything we should care about. Sound good? Too bad, here we go.

I don’t think there is much here. New counters are whatever, and without any clues, I’m eager to just move on.

• A new mechanic that removes something never removed before

A lot of people are speculating that this is emblems. That certainly makes sense – emblems are impossible to interact with and it’s annoying sometimes. I don’t think there is much doing here, but if the ability to remove emblems is unique, the card itself could matter. That said, it likely won’t – most emblems aren’t a big deal.

Of course this isn’t Snapcaster, but there are a few cards it could be. I am not sure which, but I have a few ideas.

With several printings already and a low price, this fits the bill description-wise but a lot of other factors make me think it’s not it.

I don’t think this card is safe for Standard.

I think the card here is most likely not legendary, not reprinted before and over $20, but I don’t there is money to be made selling and trying to rebuy every card that fits that description. Despite being the most-discussed point on twitter, I don’t think we can reliably make money here.

• A new artifact token, along the lines of Clue, Food and Treasure

Please stop. It’s too much.

OK, that’s pretty cool but I don’t know which cards it will impact. It won’t be a landfall thing, and Dragons are pretty big which means it won’t be something that gives you a lot of tokens so this is most likely something that is cool but middling and we can probably ignore it. As usual, new commanders making new archetypes gives us the most movement, one individual card can’t do as much.

• A mechanic that first appeared as a faction mechanic returns

There are too many to guess which one and whether it would matter. In general, mechanics that have an associated “Fluctuator” type card might see that card move, but not much else.

Olivia and Edgar the happy couple, I assume.

The cheapest version of Scroll Rack is $15, and the cheapest foil is… gross, also $15.

Scroll Rack is going to be able to interact with this card no matter what color it’s in, unlike a card like Mirri’s Guile or Sylvan Library. If you want more topdeck ideas, look at a topdeck deck like Aminatou.

My personal feeling is that if the card is in Black, Citadel goes up immediately. If not, Citadel goes up until it’s reprinted. This is a very, very good card and it’s going to see play forever.

I think the buy-in is too high here.

• A legendary character returns, but now as a Vampire

People are speculating that this is Thalia and if it is, cool?

Next, here are some rules text that will be showing up on cards:

All of the Vampires cards are in play, especially ones like Edgar who make tokens.

This seems like an impulse draw thing. In addition to the artifacts we mentioned before, there is another way red decks can stack the deck.

Goblin Recruiter is another good one. I like Snoopy long-term, especially the EA copies.

Irrespective of whether it pairs nicely with this new card, Snoop is a buy.

• “Zombies you control have flying.”

Gross for anyone on the ground

• “At the beginning of your upkeep, any opponent may sacrifice a creature.”

“may” catches my eye here. This likely lets them trade for something better, which could make this a chaos or group hug card, but it’s impossible to say what would go up.

Any card that has flirted with $10 is a buy at half that even if it doesn’t pop as a result of this new card, which it might not.

• “twice that many of those tokens are created instead.”

Is this Parallel Lives? It would be INSANE if they reprinted Parallel Lives, but it seems equally insane that they would do a functional reprint. Could this be on a creature? I don’t know, but what I do know is that Parallel Lives is long overdue a reprint, and anyone holding now could get dinged really bad.

I don’t particularly want to lose $50 a copy and this announcement has me spooked enough to consider this number.

I haven’t decided to dump my copies, but I’m sure thinking about it.

• “Whenever a Human you control dies,”

• “equal to the number of permanents you control that are Spirits and/or enchantments.”

This could be VERY cool. I don’t think any spirits move that weren’t going to on account of there being a spirits precon, though.

• “Then if you control exactly thirteen permanents,”

Man, I don’t know. Sac outlets? I don’t think telling you to buy Ring of Gix is making anyone any money, though.

Finally, here are some creature type lines in the set:

I spent a lot of time looking at these without a single smart though occurring to me. I’m fine just letting the chips fall where they may here.

A lot of this was guessing, but thinking about these clues and making safe bets can give you a leg up over everyone who’s waiting for everything to be revealed. I think there is bound to be a big, splashy card in Crimson Vow and if it’s not Parallel Lives, that reprint is coming in the next 6 months at the latest. Thanks for reading my guesses – until next time!