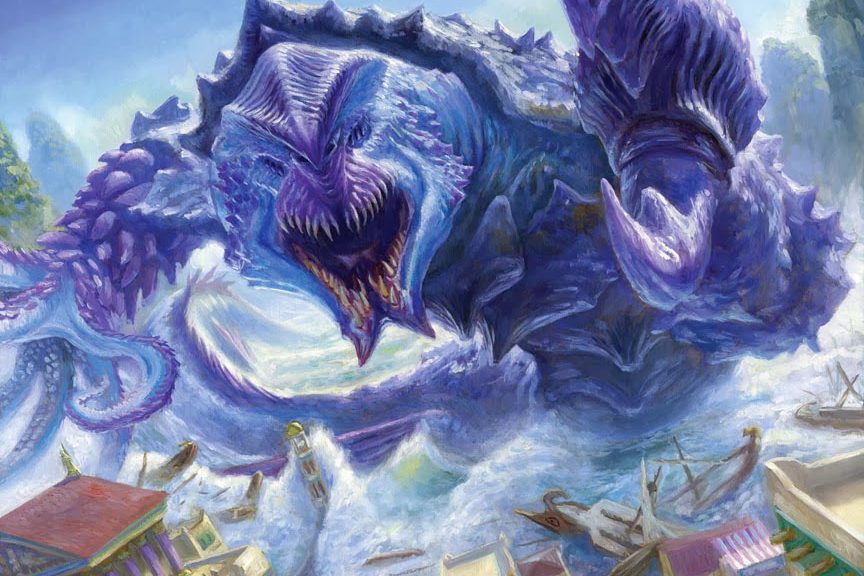 I really tried. I thought about the Elliot Page movie “Juno,” or Runo the red-nosed Zombie Cleric, or Runo nothing Jon Snow – I probably spent two hours and 45 minutes trying to come up with a good pun for the title of this article so you’d know that I am writing about Runo and also that I am very funny and clever. Disarmed by my wordsmithery, you’d immediately drop any pretense of skepticism and follow my finance advice to the letter. I’m sad to report that I wish I’d spent that time teaching my daughter to read instead and that I’m still no closer to pulling off a decent pun title. I hope that’s not a problem because I’ll be honest, I’m feeling some pretty bad writer’s block, but just about puns. You see, this week I aim to let my specs do the talking for me. It’s an installment of my Pulitzer-prize-eligible series, my babies, and it’s all about Vampire Clerics and the betentacled sea monsters that they somehow make clones of.

First up, why Runo?

Umbris is last week’s news, this week we’re all about Runo. And Grolnok? @#$%ing Grolnok? There are like 6 total frogs in Magic, and it’s just another boring self mill- you know what? I’m not going to let myself get angry at data today. I don’t get paid to be angry at data or I’d be a climatologist. I’m someone who has to digest and regurgitate the data for my hungry spec babies and if I don’t like how some of the data tastes, it’s not my job to pass that info on. I just look at it and say “Oh wow, I guess Umbris isn’t as popular as a stupid tribal Frog deck that doesn’t even make the Frogs harder to kill in combat, which is great because they’re all like 5 mana 2/2s. Let’s all buy Xenograft since, you know, no Frogs.” The data has me mad enough to dump on a Simic deck. Jason Alt is disrespecting a Simic deck.

Toxrill at #2 seems legit to me, it’s a -1/-1 counters deck that doesn’t interact with any of the previous cards that gave creatures -1/-1 counters, so that’s neat. I hope you own Swiftfoot boots because Dimir decks do not have a good track record when it comes to paying 11 mana to get their commander out of the command zone. Dimir also doesn’t have a good track record of supporting Krakens and Sea Monsters and Leviathae (I assume that is the plural of Leviathan). No color combination supported it, until a Vampire came along and did it for us. I bet the high synergy (played in a large percentage of Runo decks and a small percentage of decks in general, meaning they’re overrepresented here) cards are going to be a trip.

I know I normally like to look at High Synergy cards first, but in this case, it’s going to be a lot of garbage cards under a buck. I think foils might be in play, and maybe some alternate art versions, but in general, we’re going to look for cards that can give us some more help.

A lot of the high synergy cards that were going to pop because they’re obvious have. Sure, Wrexial is good in the deck, but it’s not something you think of when you think “Sea Serpent tribal” the way other cards are.

Wow, you just straight cannot even blame Runo for this. If anything, this is actually a good buy at $5 since it has flirted with $9 without any help from Runo. I have to assume Koma did this? Imagine having a deck where you can tap all of their blockers and paying 6 mana for a card that makes some of your creatures unblockable. Maybe I’m the one who sucks at building Koma? All I know is that people complained when I play the deck so I took it apart. That’s right, I’m THAT guy, I’ll build any Simic deck, and even I don’t get Grolnok. Calm down, Jason, you said you weren’t going to do this. Just bring it back around to a spec and stop losing your cool, you can do this OK everyone I think this is actually not a bad buy under $5 but I bet there are better picks. File this under “maybe” and I’ll show you something remarkable.

You can be forgiven for seeing a $6 serpent that looks like it should be a bulk rare sitting there and thinking “Oh man, all of the good Serpent cards spiked already” and abandoning this page entirely, but I think that despite Quest for Ula’s Temple (BSB potw) popping, people just don’t know what goes in a Sea Serpent deck and don’t all know how to go to EDHREC and check. Also, there wasn’t a ton of data last week. We knew less than, so obvious stuff like Quest and SOYD for short popped but the meat and potatoes of the decks were tougher to sus out. Know how I know there is more money to be made than there is money made already?

You see it? Just in case you don’t, let me help.

This isn’t that unusual, though. You see this a lot when a card sells out on Card Kingdom. They went out of stock at the old price and it never updated, meanwhile TCG Player has been getting cards back in stock all day as individual sellers, responding to the spike, list their copies for more. If you click the link and go to Card Kingdom, you’ll see they’re out of stock.

OK, then. I’m stumped. It seems like there wasn’t actually a run on this card yet, despite it being in a third of all of the instances of the most popular deck from this set. Surely this is the only example.

OK, this is really shooting a lot of my holes in the “we missed the boat” hypothesis. We missed the boat on 2 cards, both of which went up when Maro wrote that teaser article and we went through it. Didn’t I even call Quest for Ula’s Temple IN THIS ARTICLE SERIES like 3 weeks ago? I want to say I did. If it was obvious to a dip#$% like me who didn’t notice that the wording on Necroduality was NOTHING AT ALL like the wording on Parallel Lives, it was obvious to savvier people who scooped up those obvious Leviaspecs. Eww, that doesn’t sound good to me, give me another crack at it. 3 colorless and 2 Blue chips. Eww, no. Krakenvestments. This is hard! The point is, there are more cards to make money on, so let’s do that.

These are at an all-time low, Gyruda is actually kind of good in Commander even if you don’t run him as a commander or companion, and this is collectible (within reason, come on). Gyruda is good in this deck and in general. Does the existence of a $0.50 copy or a $3 extended art foil dampen things?

Sure does! Extended art foils may be a better play. Gyruda is very good in the deck, but there are a lot of copies and there are a lot of cheap ones before the good ones go up. What is older than Ikoria? How many more cards from the Teferi precon that’s already insanely expensive can hit $10 this month?

3 printings, already went up in January and one of those printings is “The List?” *audible fart noise*

Neither at an all-time high nor low. Maybe we can look at another graph for comparison to see if we see a similar shape.

Cryptbreaker, a card with many more copies out there, suggests the ceiling for Kederekt Leviathan could be as high as $10 a copy on Card Kingdom. Is that good?

Paying $4 a copy for a card you can flip into $6.50 in credit isn’t sexy, but it does seem safe, and I’ll take safe sometimes.

I have buylisted Heartless Summoning for $3 more than I paid on more than one occasion. It seems only right that it should happen again. Heartyboi would be a little tricky to reprint, synergizes well with the raft of expensive creature tribal decks we’ve been seeing lately, is popping up more and more, is between its historic low and historic high and is one weird Modern card away from being $10 again. This isn’t as sexy at $2 as it was at $0.50, but it doesn’t suck at $2 if you ask me.

You know I don’t like foils, but I don’t hate them, either, especially since a lot of this deck outside of “tribal deck” staples is $0.39 cards, making it an attractive deck to try and foil out.

If this stops at its historic high, it will hit $6. I am not sure it will stop at its historic high. That said, there are a ton of copies of the Commander Legends foil out there – I singled out M11 because the first printing is usually considered the “best” foil, but that stuff barely applies here. That said, stock is very low. Not trying to trigger that Fight or Flight response some human brains have to FOMO, I’m simply, as they say, sayin.

This is a lot of specs, I did a good job this week and I had fun doing it. Did you have fun reading it? Who asked you? Rude. Anyway, your homework for the week is coming up with 3 specs of your own and posting them in the comments section. I bet there is a lot that I glossed over. Always remember to investigate every instance of Card Kingdom being cheaper than TCG Player and don’t take any wooden nickels. Until next time!