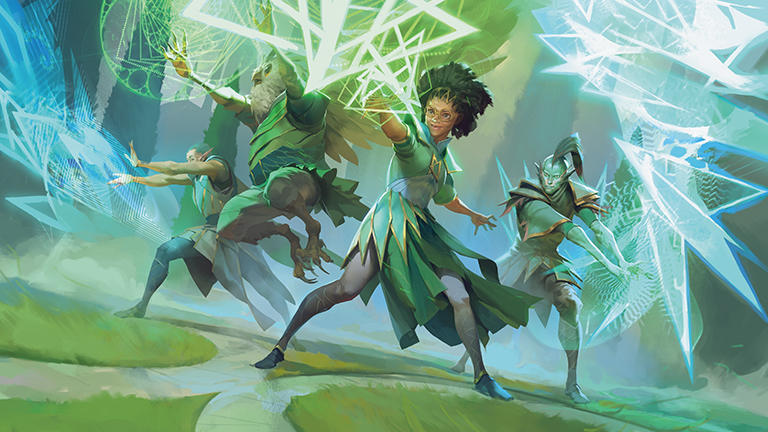 Here is my 1,000 essay on The The Command Zone Effect.

Welp, see you next week!

OK, apparently I’m being told that I have to do some more work on this article to get paid for it (humbug) so I guess I’ll elaborate in the space I have left. Looks like you’re getting 2,000 words today instead.

If you want a more recent example, I have one.

This is $11 literally only because The Command Zone said it shouldn’t be $1. They were right, of course, but this leapfrogged a lot of other good cards. So what happened here? Did the Command Zone create ALL of the demand for this? Did it merely accelerate something that was going to happen anyway? Is it a mix?

Thinking logically, if they created all of the demand for this merely by mentioning it, then the cards that get played more but are worth less shouldn’t go up. So if you reject that premise as unreasonable, we can assume that cards played nearly as much or more but which cost less will cost more eventually. Is this a good premise? I don’t know, but it’s what I want to talk about this week. Which underpriced gems from Commander 2021 “OOPS, all Strixhaven” so I think are in play? I’m so glad I am pretending you asked – here is another 1,000 word essay.

OK, I’m not going to repeat the bit where I think I’m done but pretend someone is telling me I have to keep writing, and I won’t do the “1,000 word essay” bit again for another few weeks. One thing that’s not a bit at all is how underpriced some of these cards are relative to how we expect Curiosity Crafter to behave.

I think all 6 are good targets, honestly.

Archy’s Map is played quite a bit.

In a world without Josh Lee Kwai and Jimmy Wong, what do the price trends of these two cards look like? The trend for a card played more than 3 times as much as Curiosity Crafter is flatish with a pinch of downward movement. If you can get Archaeomancer’s Map for less than Curiosity Crafter, either both prices are wrong or only one is. If you think Curiosity Crafter is a sell right now, you’re right, of course, but for Map to not be a buy, you’d have to think Map isn’t done going down. If you think Map is a sell and Crafter is a buy, congratulations, you’re literally everyone but me, it feels like. But like, how can that prevailing opinion possibly be true? Crafter is going to go back down, probably to the midpoint between 13 cents and 13 dollars, but Map is likely too cheap. I realize 11 bucks for Crafter is a meme price, but Map has never been cheaper. I think it’s time to just go hog wild on Map. How reprintable do you think it is? Do you think a reprint happens before it hits $20? I don’t.

Inkshield is in 1,000 (13.7%) more decks than Crafter. This is an absurd Magic card and while its color identity keeps it out of some decks, might I reiterate that it’s played 14% more than a card that costs twice as much. This seems like a slam dunk for a double up even if you agree that Crafter is headed for the $7 neighborhood.

This is where we really test our hypothesis. If this goes below $5 on Card Kingdom, I think we just buy in. This is in 10.8k decks currently and while it’s true that it becomes less appealing the more its price approaches that of Smothering Tithe, players are actually allowed to play both cards in their deck, and might, and also this seems tough to reprint. Like, every card in a Commander precon seems like it could be reprinted easily, but how often do they do it? To prevent you from making money, they would need to have committed to reprinting it 2 years ago, basically. They could throw it in The List but they won’t yet. This and Map are so spicy right now.

This is in 10k decks. I’m starting to think the price of Curiosity Crafter might be predicated on a fairly thin premise. Also, how is this worth less than Ink Shield? It’s in way more decks. These prices don’t make sense and I think someone needs to buy every copy of all of these cards and let the market sort it out. I’m barely kidding.

OK, we can analyze this without mentioning Curiosity Crafter, right? This is trending up in price on CK, it’s in 7,893 decks and TCG Player is selling it for half of what CK is right now. This is a steal under $3. I wish I’d noticed it was this powerful when CK had them at $2, but we were all distracted then and it wasn’t seeing as much play. This card kind of rules and I don’t see anyone talking about it.

Ultimately, I think The The Command Zone Effect has pushed the price of a recent non-mythic to a level it may have never attained on its own, but I think if it can hit that level, even artificially, it’s worth looking at cards with way more solid fundamentals. I like these pick-ups in light of The Command Zone mentioning a card from this set, something it could do again later, and maybe someone in the MTG Price Discord becomes a member of the CZ Patreon to warn us before the 2 times a year those guys ruin a price forever. Also, they didn’t do anything wrong – this is a result of the community’s fundamental lack of imagination, not people correctly evaluating that a card is too cheap. That does it for me, until next time!