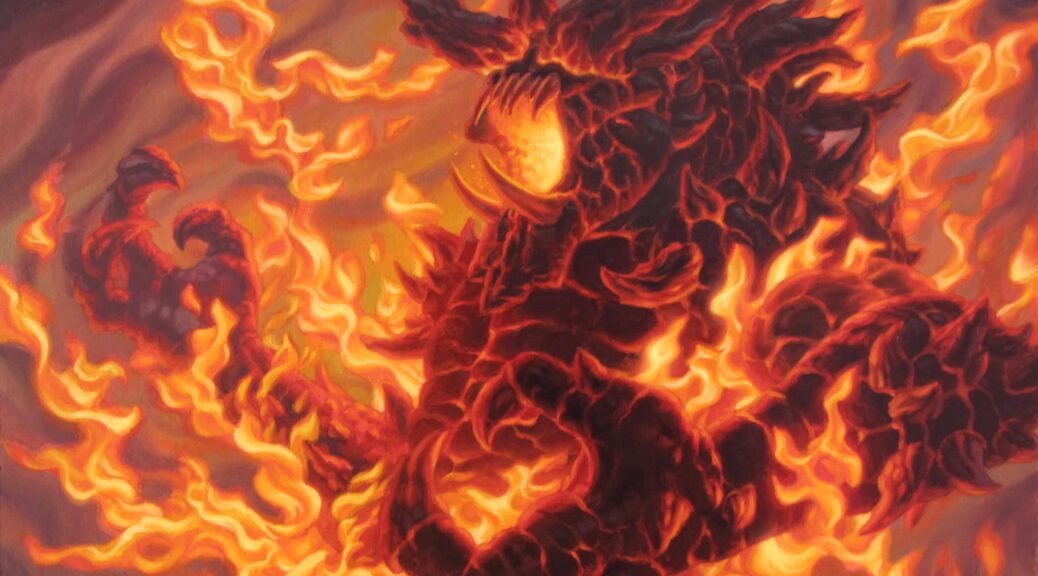 Good news as a set is coming out that I don’t have to do a bunch of analysis for because it’s all reprints. We don’t know what cards in new sets will look like in a year, but we can better predict cards in Double Double Toil and Trouble Masters’ trajectory by looking at past trends and talking about all of the factors I think contribute to a card either recovering or not. To me, a recovery is getting to the pre-reprint price before it’s reprinted again. You can hold on longer than that, but I don’t think I want to, so cards that fell a lot because they’re expensive are better opportunities, which means they need to be expensive to start with.

You’ll remember from the last decade that I don’t love expensive cards. I like lower risk stuff like my analysis of EDH cards provides. However, if we know a card is bound to recover, it’s low enough risk that I don’t mind betting big money no whammies on a proven staple. Reprints are a risk, the card becoming obsolete is a risk, bear attacks are a risk. To quote Al Pacino in Heat, “you could get killed walking your doggy” which makes sense if you saw the movie but less if you didn’t, but that’s your fault for not watching the movie Heat this whole time. What are you waiting for? It’s a good movie, it’s only like 3 hours long and the whole walking the dog quote will make slightly more sense. Or take my word for it that it means risk is inherent in all things. Why make safe, low-value specs when you could get killed walking your doggy? If you don’t have a dog, a non-zero number of people have had frozen blue blocks of ice from an airplane toilet fall off of a plane, reach terminal velocity and slam into them with like a million joules of force and turn them into a human pancake covered in thawing pee. It’s not likely, but the chance isn’t 0, so let’s stop worrying about risk and start worrying about profit, shall we?

The profit will come from buying cards when they bottom out and then holding them as the price goes back up. I have done this type or article a few times and I usually over-explain my picks, so rather than do that, I’ll pick 10 cards – 5 to pick up and 5 I think you should probably avoid. Let’s do it up!

Here is What I’d Buy

Vault is a slam dunk. It might not get above $100 again, but if you can buy a Mana Vault for under $50 like I think you will soon be able to, you’d be a fool not to. This hasn’t been printed since 2018, which is a 4 year gap I don’t expect a repeat of, but it only took 2 years for the price to triple, which is how long we probably have.

This is another slam dunk. It took a while for it to bottom out last time, so watch to make sure it goes down. I might not wait forever, if people start to really play Modern again soon, this is going to be $100 before you know it.

This is not a $50 card again, probably, but even with Jumpstart and DDTATM back-to-back punching this price, I don’t think it can possibly stay under $20. I think its inclusion data is also skewed by the fact that it was $50 at the peak of EDH’s popularity – a $10 Oracle goes in a ton more decks and doesn’t stay $10 long.

This has historically gone from $10 to $55 in a short period of t ime and despite its 43k inclusions in the past 2 years, I think it can go up even more given the relatively small period of time people had to get these cheap. Will Double Masters sell more than Core Set 2019? Probably, but it’s not rarity down-shifted in this set and I think the demand can triple you up easy.

I think the graph of this card speaks volumes.

Here is What to Not Buy, Probably

This was a bulk rare that Joh Lee Kwai made expensive by playing cards on other people’s turns on The Command Zone. That’s cool, but it hasn’t been printed since that happened, but now it’s a rare in a Master’s Set and it’s currently like $15. I think the poor inclusion data, its rating as a meme card and higher supply than ever before bode poorly for this card.

Reprint Risk: The only reason I don’t like it as a pick-up

I think they want this to be under $20 and I think they’ll keep reprinting it. Its 108k inclusions make me really nervous. I think you can make some money on this but I will be so nervous about a reprint I’ll sell too early and regret it. This is a card that will regain some value but it’s so volatile to me I don’t want to touch it. I feel a similar way about…

I think they’re just going to print this into dust. People were so mad when it hit $100 again, and they saw how insufficient a masters set printing was at curbing prices. I’m prepared to be wrong on this, and if you want these to play with, certainly don’t balk at $30 or so, but I think these aren’t done going down and I think we’re going to see another printing of this in the next 12 months or I’ll be shocked. This could be a really big miss, but I think misses are only bad if you don’t spend that money on a different hit of mine, which seems like a thing you could do instead of this, which seems riskier to me.

This is a bad card that was expensive because P3K was only sold at Toys R Us and the stoner who stole all of the P3K from my local Toys R Us wouldn’t sell to me back in high school because I made fun of his white boy dreadlocks. I have owned Imperial Seals and always been glad to be rid of them as fast as I got them. Actual supply is doom here, this card’s price is in freefall. I’m not even including inclusions.

Same deal here. I think if this reprint had hit in the midst of Obeka fever, we could be having a conversation, but

That does it for me this week. There were a few cards I wasn’t sure about so I ignored them. Got a specific question about a specific card? Let me know in the comments or the Pro Trader Discord, otherwise assume you’re on your own because I didn’t have enough of an idea to stick my neck out. That does it for me, readers. Until next time!