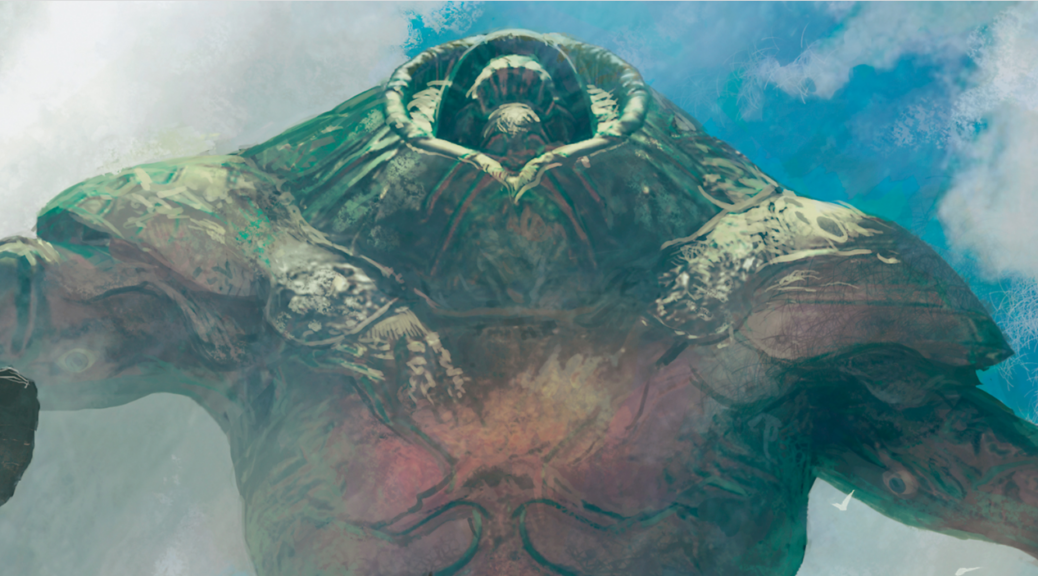 I’m back this week with more Modern talk! Last week we discussed how the Modern format still has an impact on card prices, despite less extensive paper play. This week we’ll consider a few more key role players, all of whom have proven to be resilient in the metagame over the last year. Each of these cards is a Modern Horizons 2 (MH2) mythic rare, which helps ensure that their price floor is reasonably high. If you look at the current price of all mythics from original Modern Horizons, the lowest priced card is around $5.00, meaning that even if the metagame shift, these cards are unlikely to lose most of their value.

Murktide is a known quantity. It’s been dominating Modern and Legacy for a while. It’s the best at what it does, which is sticking a very fast clock for a small amount of mana. Despite its continued success, Murktide’s price remains near its historical low due to new supply entering the market. One factor that has helped suppress the price of Murktide over time is the possibility that it could get banned in either Modern or Legacy. While this is possible, I don’t think a Modern ban is in the cards anytime soon (if anything, Omnath would be the first target). WOTC has taken a hands-off approach to Modern lately, so I’m not worried unless the metagame becomes even more heavily skewed in favor of Blue/Red Murktide. In Legacy, I do think a ban could be possible, but even if that occurred, I don’t think it would be anything more than a blimp on Murktide’s price trajectory. Legacy’s impact on paper cards is nominal these days, especially for a basic no frill version.

Like most other MH2 cards, I’m not sure whether Murktide Regent is already at its price floor or whether it will continue to decline through December, but personally, I plan to start moving in on these cards slowly over the next five months until the end of the holiday season.

Archon of Cruelty has come and gone in several different shells already. Current decks that run it include Five-Color Indomitable Creativity, which has seen the most success, Esper reanimator, Dimir Control, and more. What unifies these shells is that Archon of Cruelty is the best creature threat to cheat into play at the moment, even better than Emrakul, the Aeons Torn in decks that have both options, which is a bit absurd honestly. How does an 8-mana mana value card compete with the biggest baddie of them all? Much of Archon’s success can be attributed to it having an enter-the-battlefield (ETB) effect that has the potential to be a 3-1. And if it lives, the effect compounds. That’s pretty back-breaking. The original Archon shells were more fragile, but over time they have built-in resiliency and more redundancy.

On top of Modern play, Archon of Cruelty is in 13,677 decks on EDHREC.com. This is solid for a mythic from MH2, trailing only Ragavan and Sword of Hearth and Home. So even if Modern doesn’t apply enough pressure to Archon, over time Commander may take care of the job on its own.

A strong three mana planeswalker that is played as a full four copies in a top-tier deck? Sign me. Grist was clearly designed to be a strong, yet unique card. It seems to have succeeded in both – being limited generally to one type of deck, but is able to be very strong in that deck. The mix of uniqueness combined with power reminds me a bit of Urza, Lord High Artificer, except of course that Urza was designed to be crazy powerful while Grist is a value card. But neither can be just thrown into a random deck – they both require build around synergies.

It’s hard to evaluate whether Grist’s ability to be a create when not on the battlefield will ever be more useful than it is today. I could see a world where Green Sun Zenith gets unbanned, forcing Grist’s price to spike hard. But this is not a scenario that I would want to rely on, it’s rather icing on the cake. I could also see a world where a two-card combo comes together that allows Grist to efficiently mill one’s entire deck via its +1 ability, but that seems even more unreliable to count on.

Grist is run in 7,100 decks on EDHREC.com, plus an additional 2,235 decks as a commander! While these numbers are too low to be the basis of a speculation target, they do help Grist a bit here.

Did you see that epic steamer Kanister ran a full four copies of Hydroid Krasis in his 6th place (two main, two sideboard) list during the recent Modern Challenge as part of Amulet? And he wasn’t the only one.

Is Hydroid Krasis, once the terror of Standard, getting a second life in Modern? My guess is this innovation will be a flash in the pan that won’t be around in a few months. Amulet, more than other decks, seems to “find” new tools and then forget about them quickly. Some stick around like Cultivator Colossus, while others go by the wayside.

My advice here is to keep an eye on Amulet decks for the next few months – and if Krasis continues to do well – then consider picking up some of the Double Masters 2022 Etched-Foils, which are unique, much rarer than other editions, and fairly gorgeous.