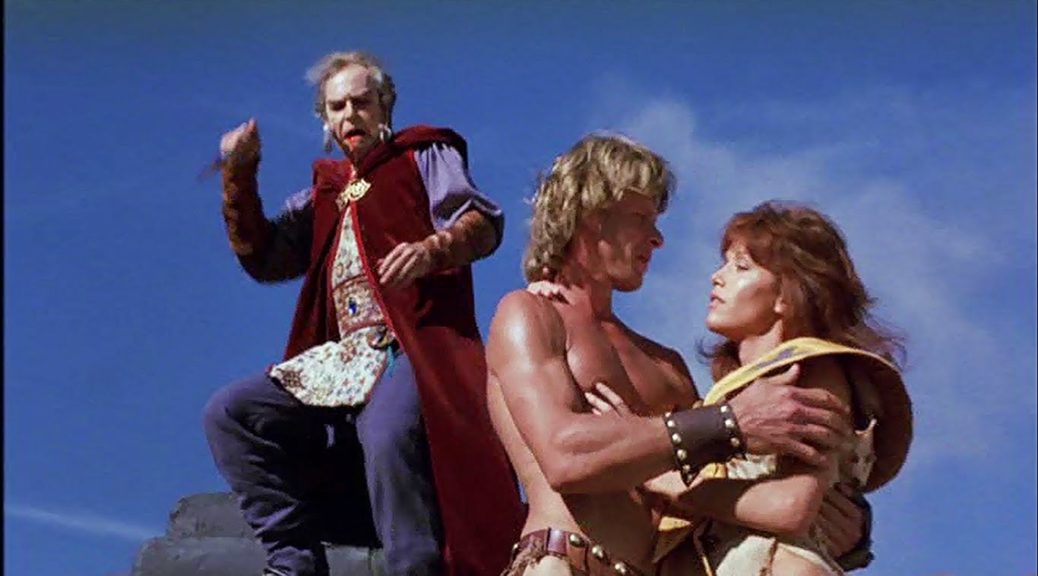 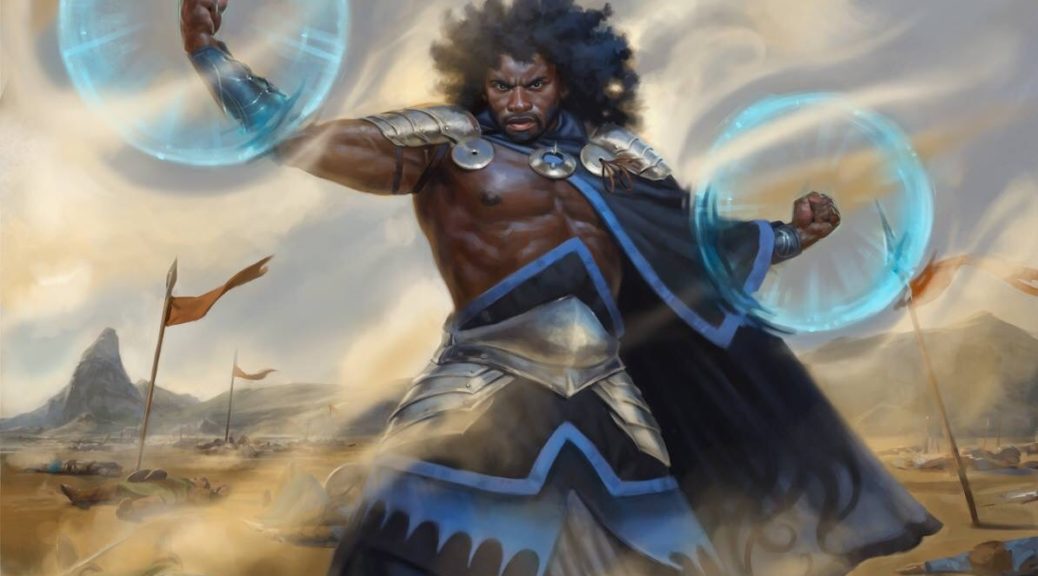 World Magic Championships is a cool component of the greater Magic world, and we’re all better off having it. Players have been leaning into nationally-inspired costumes more each year, and as a result we got to see dinosaur (?) onesies and facepaint that most would recognize as “that thing Mel Gibson did in Braveheart before he started yelling about Jews.” All in all, a nifty event.

Not useful for our Monday crowd though. Because it’s team unified, players can’t share cards between decks. E.g. if I have four Torrential Gearhulk in my deck, nobody else on my team can have any. As a result it’s a tiny and weird meta, which while produces cool lists, success is often not reproducable in a, uh, standard Standard metagame.


We got the SCG Invitational too, which is a little better. Standard was mostly a bore, with a ton of energy. I suspect this format is going to be what it is until energy rotates, but we’ll see. Modern was a little cooler, with a diversity that we’ve become accustomed to. The biggest surprise was probably seeing humans in the list of top performing Modern decks. At this point, I’m comfortable calling that a legitimate Modern deck.

We’ve talked about Humans a few times in a few different places. Our takeaway was “looks cool, but I want to be sure it’s real before I start throwing money at it.” Turns out the deck is quite likely real. As a top performing archetype at the SCG Invi, it’s hard to make a case otherwise.

Reviewing the list, I found myself noticing the full playset of Reflector Mage. Anyone who has played enough Modern knows that getting Mage’d a single time can be a massive tempo loss depending on your hand. It’s also amusingly obnoxious in EDH (especially Brago), and slots into cubes of all sorts.

You can snag foils right around $5 right now, and given that a legitimately actually new Modern archetype is running a full set, it’s good in other formats, and supply is already low (about 16 copies under $7, about 30 total) we could see this north of $10 within a few months.

Mentor of the Meek (Foil)

Do you remember this card? Many don’t. If you don’t play EDH you almost certainly have no reason to care, and even if you do, if you’re a Timmy type, this is irrelevant. Why would you want small creatures??

Turns out the card is pretty dang popular. I stumbled upon it when looking at popular commanders this month, and saw that Alesha was in the top 10. I was a tad surprised to see that, and took a gander. It’s no surprise that Mentor of the Meek would be a top card in the list and, as it turns out, is in 11,500 EDH decks. I’ve considered the card myself a few times for EDH decks, but never really thought about it. Turns out plenty of others have as well.

What’s more interesting is the grand total of 20 foil copies on TCG Player right now, and 6 others on SCG and ABU. None of the prices are high either, which sets this up to be swept up by anyone with a few bucks and a glint in their eye.

Without a reprint, this massively popular EDH card is destined for greater price tags.

While it’s not a slam dunk the way some of the other cards we look at are, Cathartic Reunion may be a solid sleeper.

I noticed this in the Alesha deck as well, and it jumped out at me since I’ve tossed it into several Modern combo decks myself. There’s not really a better rate in that format for the effect, and it’s solid in EDH as well apparently, with 3,500 decks listing it. That’s not a major impetus, especially for a newer common, but it does mean there’s going to be consistent demand there.

Moreso than EDH I like the Modern appeal. It’s an efficient combo piece, and there’s always going to be decks in the format trying to do degenerate things with this card. When there are, they’ll probably want several of them. And there’s always the chance that another graveyard based combo deck will show up in the format, adding even more demand to the card.

Supply is solid on this guy, with probably 100 foils floating around out there. That’s fine though. At $1.50 or $2, you can stash these away in a pile and wait for a rainy day. Copies will get gobbled up one or four at a time, and within six months or a year we could be looking at fifteen left on the market, not one hundred. Once that happens? Well, original printing foil Manamorphose is out of stock, but the market price is $18. 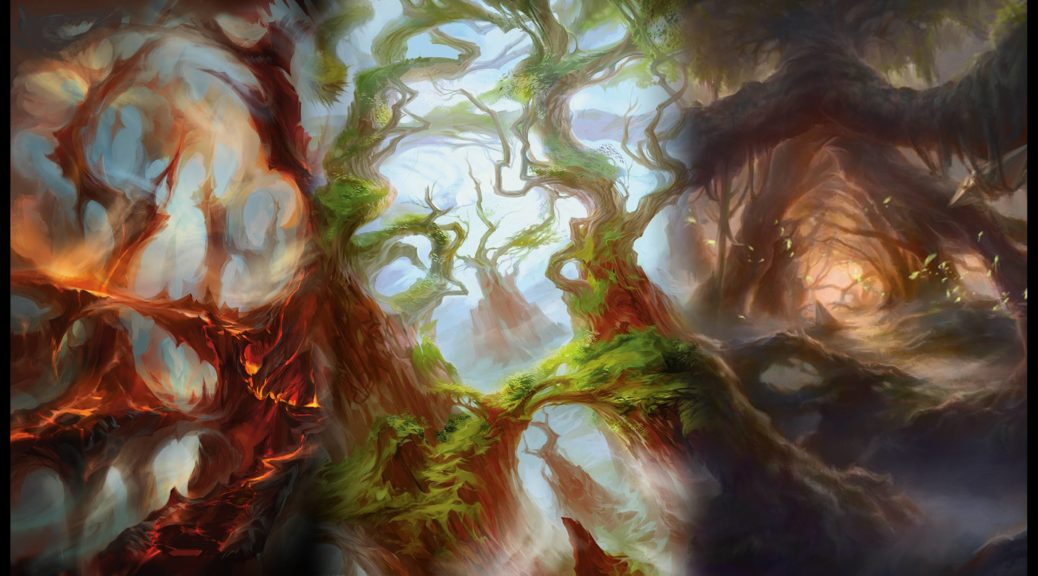 It’s a Monday morning and we’re all waking up from food-induced comas that lasted the last four days. As we trudge into work, there’s not even exciting results to reflect on. This weekend’s only event was team limited in Europe. Blegh.

Unstable has been completely previewed, so that’s cool. It seems as if the community at large is looking forward to the set moreso than most of itself had expected. I’m suspect that this will mean much for the prices in the long run though. It all looks new and shiny and fun today, but after four drafts the novelty may be well worn. Chances are a few of the cards in foil will hold value well, but not many.

Other than that, the only real news in Magic over the lasts few days was a stirring on social media when a prominent cosplayer decided to quit due to the constant harassment she receives, a lion’s share of which comes from one particular unsavory individual. I’m not looking to write at length about this here, but I’m not going to completely forfeit my soap box, small as it may be.

“Don’t harass people” is a simple lesson that we all should have picked up in kindergarten. A more salient point to take from all of this that’s less obvious is that choosing not to engage is engaging. Inaction is action for the status quo. Claiming that you don’t want to choose a side is choosing a side. We’re afforded no luxury of sidelines, and like it or not, you’re either supporting a message or resisting it. 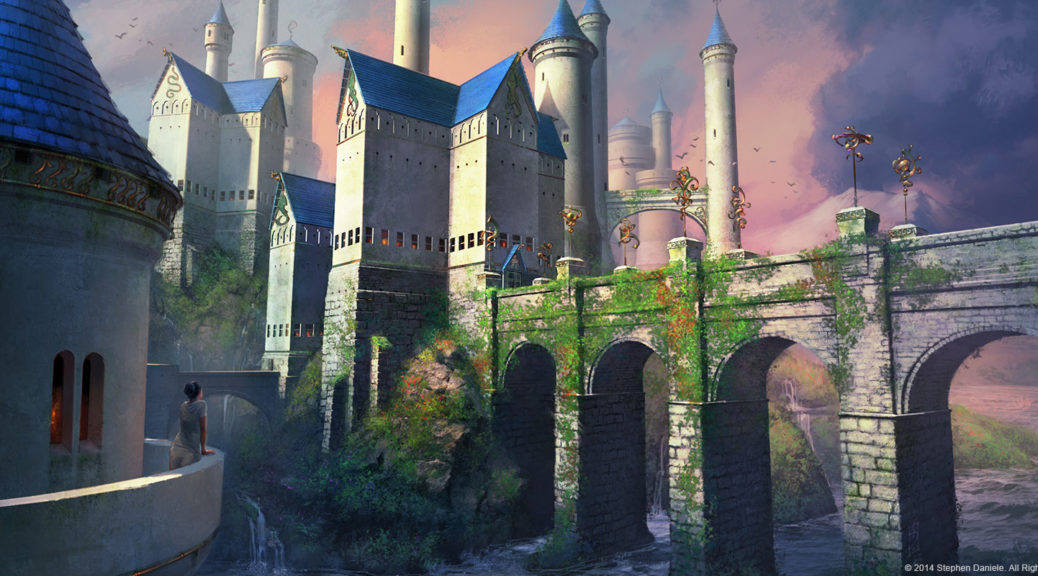