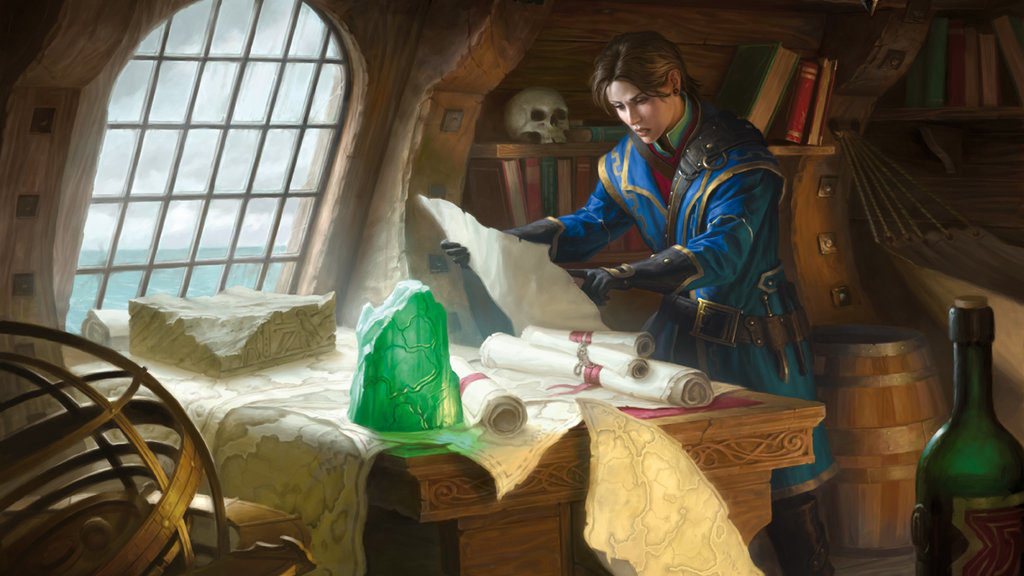 The PT starts today. Right now, as a matter of fact! I’m posting this at 6 am PST, two hours before the first draft starts, and I’m stoked. I agree with the people who say that the three hours of broadcast would be better spent showing us different drafts for 2/3 of the time and then maybe the finals of a draft pod. I don’t like watching the draft games, but I’m not in charge.

I’m also on the watch for decks that are going to be played, and what cards are ripe for a spike. There’s a few factors at play, but it’ll come down to camera time, frequency of play, number in a deck, and final performance. Making the Top 8 will be good, but winning will be better.

With all this in mind, here’s the cards I’ve been picking up this week. I haven’t laid any big bets, but I’ve picked these up in trades and sniped a couple of auctions.

Ruin Raider – I suspect that black aggro will be in play this weekend, even if it doesn’t put up a huge finish or a big slice of the metagame. There’s a lot of flavors of aggressive decks, and this is a creature that allows a deck to catch up on cards, especially if Fumigate is all over the place. This is a card that rewards players for attacking, which is all an aggressive deck wants to do anyway. Plus, it’s relatively cheap at $1-$2, depending on fees. It’s also got two years to get good, so even if it doesn’t see play this weekend, it’s got good potential.

Bomat Courier – If aggressive decks are as prevalent as I suspect, then this is a card with room to grow. It’s got about 11 months before it rotates out of Standard, and that’s going to bode well for this card. It went up to $3 when Ramunap Red first premiered, and now it’s down in the $1.50 range. This is more of a ‘sell into the spike’ sort of card, it’s not for long-term holding. 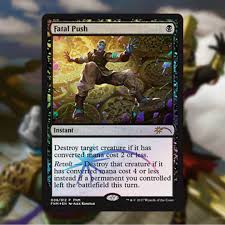 Fatal Push – This has quickly become one of the top removal spells in Modern and Legacy, dealing with a wide range of problems for one mana. It’s also very widely played in Standard, and I don’t see this as something that’s going to drop anytime soon. Nonfoils are about $9, foils are $30, and the FNM promo can be had for $10. I am a big fan of grabbing the foils at $30, as $50 seems in play within a year or two, and it would be unusual for it to be reprinted too soon in a Masters set of some sort. (Note I did not say impossible!) Supply is at maximum, and you should acquire accordingly.

Rogue Refiner & Blossoming Defense – I think this is going to be a big weekend for these two uncommons. They aren’t exactly cheap now, but after the PT, you’ll be able to buylist these for a little more than you can today. Both are efficient at their mana cost, and Rogue Refiner is a great pick to bump to above a dollar.

Glint-Sleeve Siphoner – I really want this to be good, as it’s a way to convert energy into a more tangible advantage in a long game. It’s $2.50 now, and just like the Hydra, I think it’s due for a weekend where it breaks $4 or $5.

Rampaging Ferocidon – Ixalan is probably not going to have a huge weekend, considering the spikes that have already grown to impressive numbers. This is a $3 card, as a four-of in a lot of Ramunap builds, and it takes away one of the big advantages of Approach of the Second Sun decks: the 7 life gained is often just enough of a cushion to get there. I think this is a good candidate to break $5 if the Red deck runs rampant.

Dread Wanderer – If mass removal is all over the place, I like this as a recursive answer alongside some Vehicles and some Scrapheap Scroungers. Being able to reload effectively after a big Fumigate is a real test for some of these decks, and while you need to dump your hand, Hazoret the Fervent wants you to do that anyway. This is at a very low price, can be had for $1, and is ripe for the picking and ripe for a bump.

Chart a Course – I don’t think this is going to be big on the PT, but it’s got a foil price that is about 10x the nonfoil. Two mana to draw two is amazing, especially if you dropped a Delver turn two in Modern or Legacy. It’s a two-of in Vintage Delver, even! Standard decks looking to abuse the graveyard with God-Pharaoh’s Gift love casting this turn two as well. I’m snagging the foils whenever I can get them around $5, and I’m prepared to be patient. 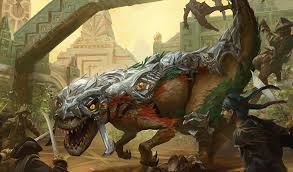 Carnage Tyrant – This is due to drop. There’s no deck playing this as a four-of, though the biggest deck, Temur Energy, is playing one main and one in the board. The big dino has been slowly declining from its initial spike to $30, and is already sub-$20. I think it’ll get to $15, though I highly doubt it’ll go down to $10. Once we are done opening Ixalan packs, I’ll have to see if I pick some up for a spike about October 2018.