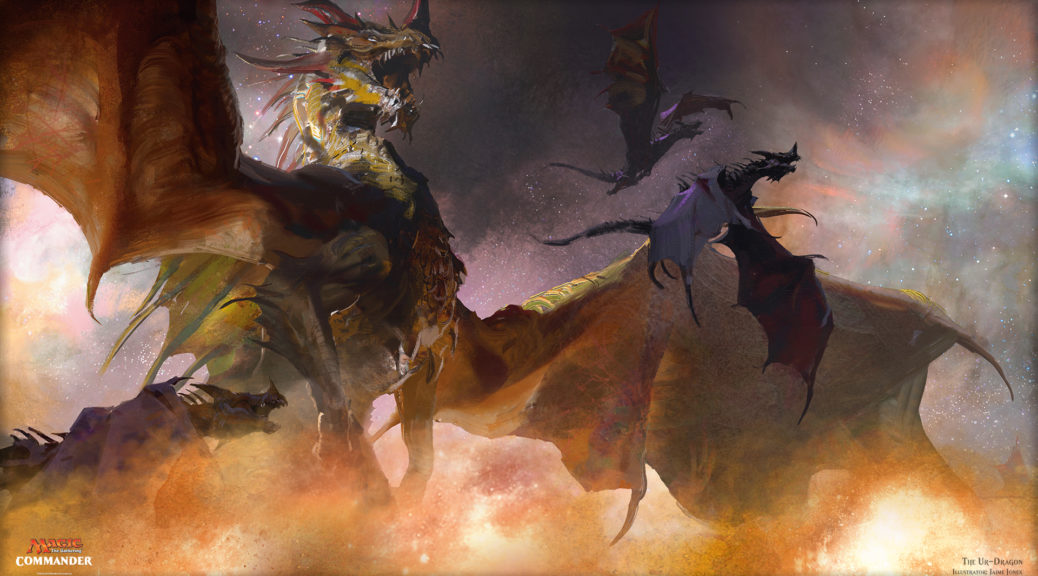 I got the data like Arby’s got the meats. If I were to continue rhyming, there are a lot of different directions I could go in like “beats” or “treats” but I’m bored with this already. Everyone knows Battle Rap is the purest form of rhyming and I’m not going to dredge up painful memories of the summer when the other battle rappers found out I played Magic. What I will dredge up is pleasant money-making opportunities, which is why you clicked on this article. Let’s do the thing, shall we?

This isn’t quite what I expected because Ghired is, well, terrible. However, we need to think less like a spike and more like a casual if we’re going to truly grasp what EDH trends are driven by. We can wait for data, but when competitive players turned speculators try to guess what’s going to happen, you get Vannifar specs in a world full of Teysa decks. That rhyme was uninentional. You want to know what was intentional? Look at the first letter of every sentence in this paragraph.

People are building Commander 2019 decks, and not the ones we expected, either. But let’s take a look at some data real fast, shall we?

Probably not what we would have predicted 2 years ago. The spikes were all over the Wizards deck and cards like Wanderwine Prophets and Anthroplasm and all sorts of other Wizards spiked but never really did anything. Kess was better in Legacy. The Mairsil deck was solved day 1 and it was boring and slow and scooped to graveyard hate. I don’t even remember what the other one was because no one ever built it and that I can’t remember it actually strengthens my point. My point is, Ghired and Atla Palani may end up winning out in the end but I guess the end is starting way sooner. Kadena seems to be the spikey choice but there are way more people that want to do Rakdos things, it seems. With that in mind, let’s see if Anje has anything for us because I’d hate to have to delve into Ghired this early in the cycle.

It’s a trash deck full of trash cards. I can’t think of a constructive way to say that it’s a hash of every cheap spell with madness, including stuff that should never see play in EDH like Gorgon Recluse and Strength of Lunacy, two cards you have to look up. If this continues to be a top deck next week, I’ll re-evaluate but from where I am standing, no one is doing anything interesting with Anje despite it being the top deck of the week. If there were money to be made, I’d tell you about it. I’m sure I missed something and, if so, drop it in the comments section. The link to the page is here but I imagine you can find it on your own. Here is the average deck. It’s super boring.

I’m not harping on casuals in any way. Casual cards for casual players are my bread and butter. I literally quit going to SCG Opens when Dark Ascension came out because trading with spikes was so miserable and I started mainly focusing on GPs. The fact is that building around mechanics is a pretty lame idea because it limits your options a whole lot and they didn’t even pick good mechanics. You’re going to maybe make short-term money on Ixidor but you basically would have had to have already had them. I don’t know what goes up from this besides some commons going from bulk to picks and I’m not going to waste your time with a whole article on what is a 5 minute segment on my podcast. I will say peruse the whole list but I looked into this a lot and didn’t find anything.

These are basically gone under $4 right now. I don’t like the new price as a buy-in, but if you find these in bulk boxes like you’re liable to, yank them and try to flip them for around $4-$5 if you can.

I think I want to look at Ghired next. It’s just as obvious and most of the decks on EDHREC have a high volume of cards from the precon right now, but there could be some gems.

Shooty boi goes in enough decks that I’m pretty sure it will break out in one of them. Hard to reprint, very strong, very casual, very Jamie Wakefield, this card is something that you could play in Grismold decks as well so that’s two precons that potentially give us commanders that want this. Each upkeep, not each of your upkeeps. It’s on a down-swing which means I don’t love the graph shape so maybe you wait for these to begin to rebound or, go full Wall Street and buy a bunch and if the price lowers, buy twice as much so your average unit cost is lower and you feel better about throwing good money after bad. I don’t know, this is a good card, whatever.

Poor Man’s Earthcraft, as it likes to be called, is also downish but we saw a pretty recent period where buy price went way up. Its current retail is what buylist used to be and with this card being tough to reprint and powerful in token decks, decks which are always getting made since they’re easy and casuals like them, I think this has long-term potential. I can’t see being sorry I bought in at $4.

Growing Rites is a card that’s also really hard to reprint. I can’t see a flip card in a precon and I can’t see this becoming obsolete because they decided to go a little closer to Gaea’s Cradle in a new card, Lotus Field notwithstanding. I think this is just a card that goes up in price, and with Card Kingdom getting $12 out of this, I think paying half that on TCG Player is doable, especially since that puts the spread near 0.

Card Kingdom sold out at $17. I think this is due to jump and it’s not like Battlebond boxes are getting busted anymore. Not much to say here, this is good in more decks than just Ghired and the store where casual players overpay for cards sold out of this at a high price. Seems fairly obvious.

That does it for me this week. I am really frustrated with Commander 2019 and that may be another article or future podcast rant. There isn’t much room to improve these decks because of the mechanic theme so expect the next set to impact Commander with people hungry to actually build a deck. Until next time!