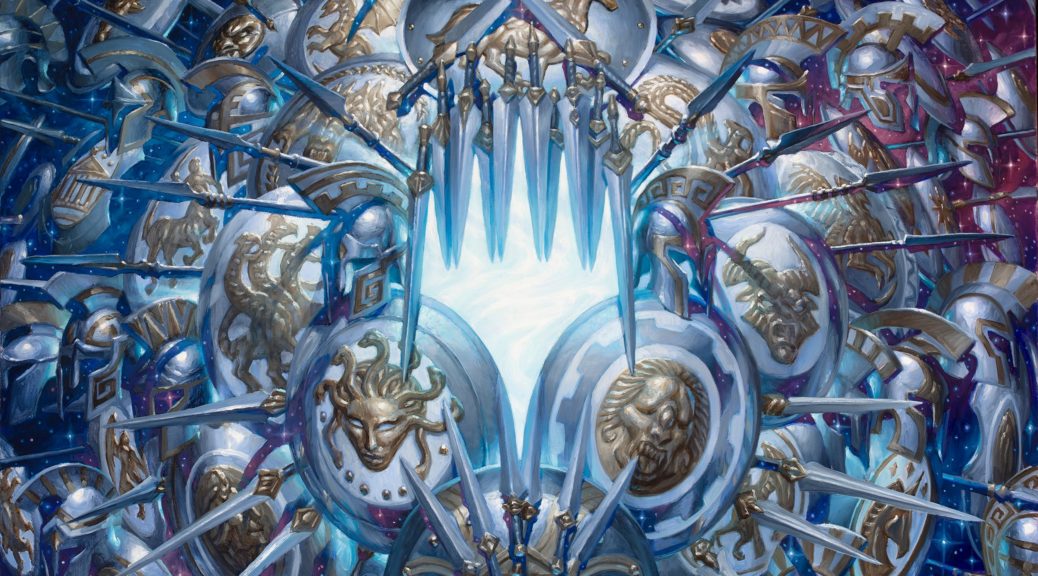 This is the part of the spoiler season is where I check EDHREC data and do a double take. I could have taken a stab at guessing how the week one deck distributions would shake out but I would have been way off. For the set, my guess would have been.

I got exactly one of those right and the others were WAY off. If you’re guessing that I had the #1 deck in my Top 5 but just not in the #1 spot, YOU’RE way off. Here’s how it shook out.

I liked Siona, but Siona at number 1 is pretty breathtaking. Uro below Kroxa, Thassa below Dalakos and Athreos below Purphoros are all pretty big surprises, which is why my accuracy rate started going up when I based my picks on what people were doing and not what I assumed they would do.

What people ARE doing is building two Siona decks for every one Uro deck, so let’s dive into Siona, shall we?

Number one with a bullet is this auto-include. This is sold out on every site but TCG Player but it still hasn’t quite crested the $3 mark there. With copies in Commander, Explorers of Ixalan and Gideon’s spellbook, it’s going to be pretty tough for this card to get over $5 but I think with a potential feeding frenzy we could get there. I think this is a little volatile, too recent and too abundant to care about and while it may feel good to snag a forgotten $1 copy or two, I think your best case scenario is a buylist double up after fees and while that’s good, that’s unlikely to be something you do with more than a dozen or so copies at most. If you can buylist 100 of these and make a buck or two a copy, you’re going to feel OK but I think the potential to be left holding the bag is too high to recommend this. Cards like this are a target, though, especially older ones.

The time period where one store runs out and restocks and another store still has copies at the old price is fascinating because you can see jumps in real time if you check often enough. This card doesn’t know if it’s $2 or $10 but I suspect even if it’s played less than we think, it’s old enough to end up wedged between the pre- and post-spike price and that’s a nice payday for the quick and the witty. I like this a lot more than S.B.F. and I think this may be the best spec of the article if you can find these. Stores that aren’t super organized will still have these in their bulk rares, so check there first.

Old Theros was a while back and a second spike on a card that has less stock than people think is primed for movement. I’m a real champion of this as a spec and there aren’t cheap copies to ferret out like there were last time so this is going to be purely controlled by the supply on TCG Player hitting a tipping point or not.

This is one of those specs that got away. I loved it, saw the price was flat forever, never said anything to anyone about it to prove I liked it, bought 0 copies on purpose and when it spiked, it seemed so obvious in hindsight. I have a tendency to second-guess myself even on specs that are super obvious and sometimes it’s just a matter of TCG Player restocking as fast as it sold out, something moderate, organic demand has a tendency to do. If there were a way to sort by cards that move briskly but don’t fluctuate in price much, I bet this would be among those. You had a chance to get in for half a buck and I bet no one recommended it and that feels pretty bad. I want to say this is done going up, but we’ve established I don’t know anything about this card.

I don’t love this as a spec. I do, however, want to point out that this was never affordable, 0 boats were missed, no one could have made more than a buck before fees here and that’s crazy. EDH cards that are this powerful don’t fly under the radar anymore. Is that partly my fault? Yeah, but we also have to address the reality we live in and the reality is that new cards aren’t usually great EDH specs. I like Siona making Rether $8 but I don’t like Siona, savez?

This isn’t a spec but it’s hilarious because the deck makes infinite tokens at sorcery speed and this is the only way to win that turn in Green and White without using them to make infinite mana or gain a ton of life. When I brewed the deck for CoolStuff I was durdling by recasting Rancor and saccing the creature to Phyrexian Altar until I could kill them with Aetherflux Reservoir. This is neat.

Perhaps we should have had the “second spike” discussion last week but I was writing about something else. There’s still money to be made and all of the copies haven’t been accounted for yet.

That does it for me. This deck is being built twice as much as decks I thought would be built more and while that won’t necessarily hold (there could be an early spike due to excitement around the Shielded By Faith combo, a combo I’ll point out needs Crashing Drawbridge) it’s good to know what’s really getting built.