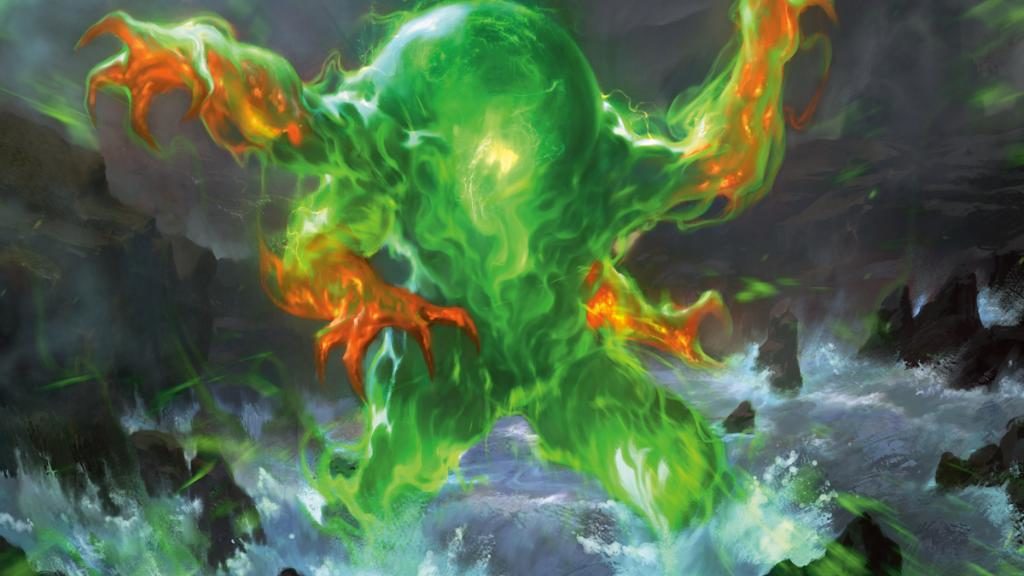 You know how I always tout my success rate using my new method of waiting until decks develop on EDHREC so we buy what players are actually using and not what they might use? How has that worked for you so far? Are you enjoying having more of my advice be actionable? Are your gains higher, thereby giving you more confidence in my advice, allowing you to feel safe buying deeper and realizing even more gains? Is that a good feeling? Has that taken our relationship as writer and reader to new heights? Has it made you become an MTG Price Pro Trader? Perhaps have you tracked down my podcast Patreon and given something back? What if I told you that for 1 week I was going to ENTIRELY DISREGARD EVERYTHING THAT IS CURRENTLY WORKING FOR ME and do something that is literally 90% or more speculation?

If you’re someone who has enjoyed my rational, data-based approach to EDH speculation these last few years that I have been killing it, please stop reading now. I’m serious, this will erode your confidence in me unless I am so good at what I do by now that I can pick what people are going to play before they even know. How far in advance are we talking? I’m going to pick cards that go in a deck based around a creature I assume will be a legal commander in a set that isn’t at all previewed yet based on a picture of a deck wrapper. It doesn’t get any more speculative than that, I’m serious, this is a really bad and risky idea. I wrote a bunch of good articles this year, go back through my greatest hits.

If, however, you’re in a feisty mood like I am and you want to get a glimpse into my thought process as much as see cards I’m 90% or more sure I’m going to put in this deck no matter what the card actually does, buckle up, buttercup, because the hype train has no brakes, it’s like the Chrysler Building on wheels and Tony Scott isn’t around to tell us how the story ends. Let’s speculate as wildly as we possibly can.

Omnath is back, baby, and he’s got a white-looking arm. MaRo said that characters we know are coming back with more colors, and they have very consistently jammed more colors onto Omnath over the years. I’m certain enough that we’re getting a WURG Omnath in Zendikar Rising to devote an entire article to the notion.

The first Omnath soaked up all of the Green mana he could find and it made him huge. Mana and growth became associated with Omnath even though his abilities shifted later.

Mana still matters, but here in the new Zendikar, Omnath got a formal landfall trigger rather than the generic “It sure would be nice if you fed me some delicious mana” ability from before. Omnath grows out, not up, and his elementals matter as much as lands do. This was a much more fun deck than Mono-Green Omnath.

We kept the landfall trigger but only after a certain point since it would be really disgusting to have a 4 mana Tatyova with Red in the identity that could also dome people when it came into play. This Omnath feels more like he was tailored to the needs of the set than he was tailored to Omnath’s needs as a character.

If the design moving forward means Omnath will be built around the needs of the set and we’re going back to Zendikar, it is fairly safe to conclude that there will be a landfall ability. In any case, every Omnath has been built around ramp mattering.

Remember, High Synergy cards are going to find cards that are more likely to be found in that specific Omnath deck than others. High Synergy cards aren’t generically good cards, they’re cards that are more likely to synergize specifically with that commander. That said, we see some overlap. I think it’s very unlikely that there will be an Elemental tribal subtheme so we can cut a lot of middling Elementals that a lot of people insist on running. Avenger of Zendikar has a 90% chance of making the deck, imo.

The ship has largely sailed here. There have historically been opportunities to buy in very cheap and if it gets reprinted, that’s something we should take advantage of. There are a few more products this year that could contain Avenger so let’s not buy in now, but let’s also note that this shot above $10 everywhere and no one really noticed.

The mystery booster retail edition foil printing of this card has really attenuated its price. For people who don’t like foils, this could be a good time to buy in while the prices are converging. This was a $6 card before they printed a small number of foils that have had a hard time getting integrated into the market, this price will rebound and it will also figure heavily into a landfall deck, should Womnath have a landfall ability, which seems likely, unless there is a set mechanic they want to highlight that works very different. Either way, there has never been an Omnath deck where playing a bunch of lands was a bad idea and this card is as good as it seems.

Here’s another card that got hit much harder than expected by the Mystery Booster reprinting. None of the non-EDH formats that play this card are running right now and it’s unclear when they will again so EDH will have to do the heavy lifting, but this card at $4ish is way too cheap right now. It’s sort of insulting, honestly.

It’s not just existing, temporarily-embarrassed cards that have upside, imo.

I’m clearly not the only one who thinks this likely gets a spot in Womnath as it’s headed up. Even if it never materializes, the price likely heads near $20 and stays above $10. I have been a big proponent of this card forever, so I obviously think it’s got upside, but if Womnath is a landfall deck, this card will finally be able to join a landfall deck that can trigger it.

Foil Ruin Ghost has flirted with $3 before and I think it can get there again. I use Retreat to Coralhelm in Omnath already and with access to Ghost, the card does even more work, giving you an infinite number of landfall triggers. The non-foils are probably getting an upgrade from “total bulk” so it looks like a rising tide can lift all boats. I like Ghost a lot. There are a ton of sub-$1 foils but it’s hard to imagine where the restock will come from when they sell out.

This has been printed into dust but it can only go up, right?

Finally, here is the average EDHREC deck for Omnath Locus of the Roil. If you’re not familiar with how a deck like this works, familiarize yourself with this and a few lists from the site. See how people think a deck like this needs to work. A new color doesn’t mean that 25% of the deck will be white – there is quite a bit of immovable infrastructure, a lot of it Green, that needs to be in place for the deck to function. I think you pick up bucks where you can like with Admonition Angel and maybe foil copies of cards like Ruin Ghost and Retreat to… the White one. It’s possible there is room for Emeria Angel or Emeria Shepherd to go up, also. Ultimately, this is a spot to showcase a set mechanic and if that’s not landfall, the cuter cards won’t work but ramp still will, so bear that in mind. When the card is actually printed, I’ll do another article but it’s never too early to think ahead. That does it for me, everyone. Until next time!