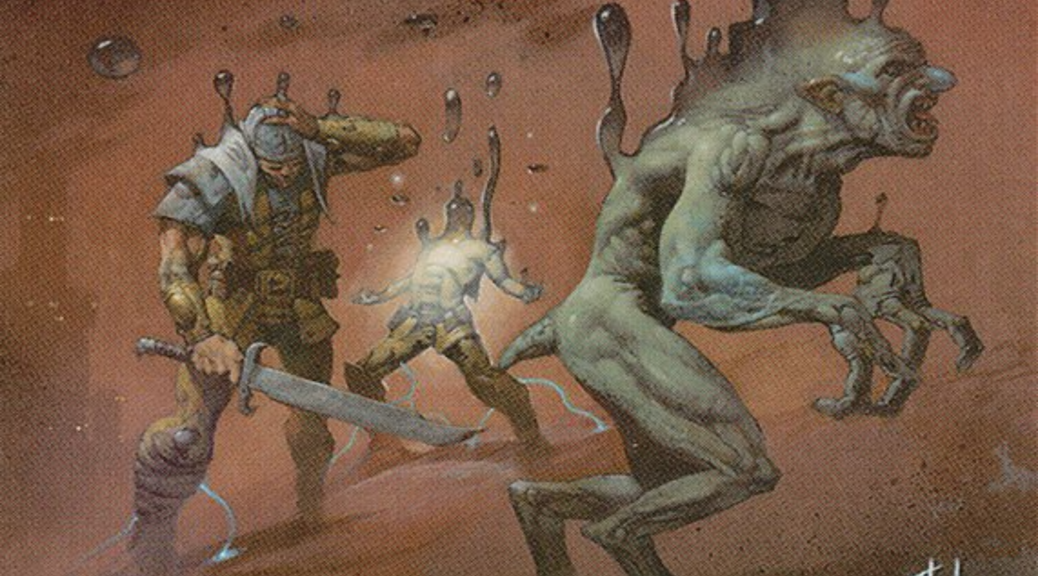 We have done some baseless, semi-baseless and mostly baseless speculation on this column. Not everyone knows this, but in my day, I’ve even done some quiet speculation. I have largely gotten away from the uncertain where I can, preferring to look at solid data from EDHREC and base my picks on what people are actually playing rather than what I think they’ll play. Today, I am going to do a bit of a hybrid approach because I think what people are going to play soon will be very similar to something played already and I’m going to see if I can figure it out weeks before anyone brews a single deck.

My Thoughts On Leaks

Leaks suck. If you leak cards, I hope you get a splinter under your fingernail every day. I hope WotC sues you and turns your house into a camp where arsonists learn to paint minifigs and one of them burns it down with all of your stuff inside. Leaks are like telling a child Santa isn’t real, except in this scenario, Wizards of the Coast contacted me ahead of time and told me it was cool if I told everyone Santa wasn’t real and I worked for like 10 hours on a video about it and then you just blurted it out a week before I was allowed to post my video… ish. Like, in this scenario, I’d be a monster because I was about to tell everyone Santa wasn’t real… OK, this metaphor is off the rails. The point is, leakers are a combination of people who tell children Santa isn’t real but also someone who shouts out the punchline to a joke before a comic delivers it. Yeah, great, you’ve heard this one before, but the reason I’m telling the joke and not you is that I have something called

My Thoughts On Leaks Continued

That said, if the leaks are out, they’re out. I make lots of different kinds of content for a lot of different websites and they all have different philosophies about how to handle leaks. From a finance perspective, other people are acting on this information and we should, too. We’d be doing our readers a disservice if we didn’t provide the same analysis the competitors are providing. We can’t put the toothpaste back in the tube, so let’s look at the cards that leaked, namely the two face cards from the Commander decks.

Lathril, Blade of the Elves 2BG

Whenever Lathril, Blade of the Elves deals combat damage to a player, create that many 1/1 green Elf Warrior creature tokens

Lathril is kind of spicy – having a win con in the command zone is useful. I played a different GB elf deck and it was tough to kill them without Craterhoof – I often found myself resorting to using Jarad (I went with Jarad) or Shaman of the Pack to kill them. I miss my Nath of the Gilt Leaf deck, but it gets to live on this week as the inspiration for basically the exact deck everyone is going to build around Lathril. It may have fewer discard effects, but it doesn’t have to considering Nath goes in the 99 and Discard effects are good.

This will be a bit of a Voltron deck as well, and I can tell you the kinds of cards people will likely include in a deck that wants to hit hard and will have lots of tokens.

This goes in the deck, but is it good? I don’t know. It’s crept up a bit from its floor of about $0.50 on CK but it’s not quite at the $3 it was flirting with, either. It might take more than Lathril to make this the $5 you’d want it to be if you’re buying in around $1.50, but you can make money here, albeit not easy money.

There is a heavy Discard component to Nath, so if we want to play this safe, we should ignore than stuff since it’s not guaranteed to be in Lathril. Instead, we can focus on on the common cards between the two likely decks.

You know how I feel about foils, but there are so many non-foil copies of this bulk card that the foils may be targeted. Again, I don’t personally like the foils of EDH cards but some people do, and you may just out these to greater fools if you sell online. I think this card and Pennon Blade deserve a look.

Unfortunately for Pennon Blade, it was just in Commander Legends and foils of this are everywhere due to the Collector Boosters. I think this cad is cooked, which is too bad because foils were flirting with $2 but most people had these in their foil bulk, which is almost always unsorted, meaning the market would be slow to replace the copies bought quickly. There’s no money here; thanks Commander Legends.

On the other hand, here’s a card with 2 foil printings (Legions and Eternal Masters) and whose foil flirted with $9 already. I like this for $4 if CK was getting $9 for these earlier, irrespective of if Lathril can replicate the demand that led to that earlier spike (it can’t).

Card Kingdom selling out of a card only played in EDH makes my speculator sense tingle. This won’t be $4 when CK restocks, which means it’s pretty likely their new buy price will be above what you can get these for on other sites right now. It won’t be enough to bother arbitraging, but it will be enough that the TCG Player price likely goes up to approach the new CK price, which means you profit.

Let’s look at the other one.

Flying, vigilance The first card you foretell each turn costs Snow to foretell. Whenever you exile one or more cards from your hand, and/or permanents from the battlefield, create a 1/1 white Spirit creature token with flying.

I don’t know what the foretell ability is all about, but we can look at the rest of the deck and assume foretell is going to be fairly easy to pull off, otherwise there wouldn’t be much point putting it in a commander deck that’s likely to have some reprints.

That said, this is a blink deck that gives us value when we blink, and just like looking at Nath helped us with Latrhil, Brago can help us here. Also, don’t forget that it triggers when you exile their stuff. This could be fun.

This hit $4 once, it can do it again. If you can get these for half of that on TCG Player, I don’t hate it. Interlude and Ghostway are both in play, but I worry about them going in the deck, especially Interlude.

As much as the non-foil price is tanking a bit, CK has been sold out of the foil for a minute. I think paying $4 for the foil elsewhere for a card with (I think) high reprint risk when the non-foil was $4 on CK a while back is a good plan.

Wave and Tide are pretty old tech, but the more time that passes between today and the date Nemesis was released (February 2000), the more the trend in the price is upward. I think these will grow unbidden and a helping hand from people taking a second look at Brago tech next January will give these even more of a boost. I wouldn’t be surprised if this hits $10 for a bit.

Remember, Ranar says when you exile a permanent from the battlefield, not when you exile a creature of your own from your side of the battlefield, so this is even nastier than it was in Brago because you get value. You’ll want to blink this before the counters all fall off. They’ll get their lands back but you can rebuy a bunch of token creation. You can opt for the $15 foil, too, if you want.

That does it for me this week. I think that when we get a bit more info about the rest of the deck and what foretell is (I have to assume it involves exiling a card from your hand) w’ell know more. Until then, stay safe and if you must buy foils, remind yourself that we’re all making do in pandemic times. Until next time!