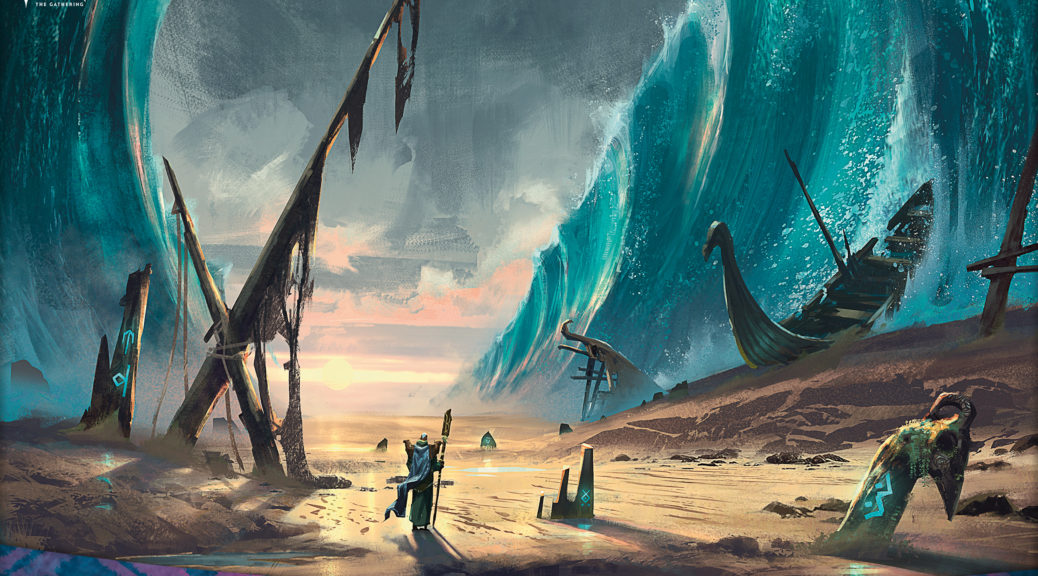 I know I love to do a data-driven series. and you love to read such a series, but 2020 is almost over, and I think it’s time to take a look back at stuff that came out in 2020, will be expensive later, and which you can get for less now. Let’s have the “wait, when did that get expensive?” conversation now that the stuff is gettable for a reasonable price, shall we?

I’m serious, I usually do a few paragraphs of preamble to have something “above the fold” so to speak because we like to tease non-Pro Traders for a few days to incentivize people to buy the membership but I am too eager to get into it, let’s talk about cards I love from 2020.

There was never a “great” time to get this card. It’s going to go up, especially the extended-border versions. The ship has largely sailed on the $40 foil (I didn’t really expect its initial price of $30 to be a bargain, but it never dropped below $30). Beyond Death is a weird, topheavy set that was the first set to have collector boosters, was hit hard by distribution issues related to the pandemic and rares in the set are somewhat overshadowed by the marquee mythics in the set. Theros Beyond Death actually has quite a few cards that I like bordlerless long-term.

I haven’t looked at how the most-played cards from that set have shaken out, and if I was surprised, it’s possible you will be, also.

What is this, a picture for ants?

You can check the page yourself and peruse through the entire set – it’s worth it. The surprises here are Underworld Breach played a lot in EDH, Heliod’s Intervention in the Top 5, Calix in the Top 10 and Nyx Lotus, Athreos and Woe Strider not in the Top 10. I didn’t like Nyx Lotus much, but I thought I was alone.

Focus on Theros – it’s a year old already and prices are flat but demand could catch up to supply soon. EDH is basically the only plague-proof paper format, thanks largely in part to spelltable. You can find some cards I missed, but I’m going to move on.

These are all too cheap. They look great, they’re not curly-ass stupid foils (I like the showcase foils, too, though) and they’re played a lot.

Cards 1, 2, 3, 4 and 5 in the set are the Triomes. The fact that the showcase versions aren’t just full art but their stylized, sexy, unique art tells me that they are going to be the go-to in the future. I hate foils but I don’t hate making a deck look nice and now I don’t even have to use foils to make my deck look nice if I don’t want to (I don’t).

The extended art triomes are too cheap. They look to me like $1 Rishkar’s Expertise and Aetherflux Reservoir used to. Buying in above $5 is a little loose but it’s reality and is likely a bargain. I don’t know how reprintable these are, but I suspect “not very.” I think there is a lot to like from this set, but a lot of it is “very good” and not “slam dunk” but I think the full-art triomes are and always have been a slam dunk. I don’t see anything in the data to suggest otherwise. All of the top 20 cards in the set are worth looking at extended art, but the triomes are far and away my favorite. I am considering ending the article here so you don’t get distracted by other picks.

Core set 2021 was a real mixed bag. I expected… some of these things. #1 card is Sanctum of All? Granted, it’s sorted by percent inclusion, meaning a significant portion of the 5-color decks made in the last 2 years include Sanctum because a significant portion of them are sanctum decks. It’s generating its own headlines, essentially. Check out this Top 20 – it’s nuts.

At $11 on TCG Player, I think this is a fine pick-up. It might not have the most upside at this price, but it’s been flat for too long and this stupid card draws too many stupid other cards. It’s too good. You know what card I hated and James said on Fast Finance he liked and I said “No, that card sucks” and now everyone is playing it but it doesn’t matter because the price hasn’t changed much?

Could this go to $5? Maybe. It’s a non-mythic rare from a core set, but no one even drafted the set and the extended border gives it so chops. I hate foils, but the foil isn’t unattractive.

As this approaches the price of the non-foil, I more and more relax my anti-foil stance. The card is played a ton in EDH and it reminds me of cards that end up in a ton of casual decks and become $5 overnight, surprising everyone. I don’t want to be surprised, I want to have a lot of copies when this goes up. Let’s all look at the price graph and marvel at how James said it was a great card, I said I hated it, everyone is playing it, and he would have been wrong to buy them in July and I was right not to. MTG Finance is easy when you’re never punished for being wrong.

I’ll do another article like this in 6 months for the stuff printed more recently. We have time for long-term specs to materialize but, until then, stock up and prepare to look smart later. That does it for me this… year, I guess. Thanks for being great readers and we’ll see you all in 2021 where Boston Dynamics robots will become self-aware or a meteor will hit or something will make us all tweet “Man, I thought 2020 was bad.” Until then!

One thought on “Unlocked Pro Trader: Before “When Did THAT Go Up?””