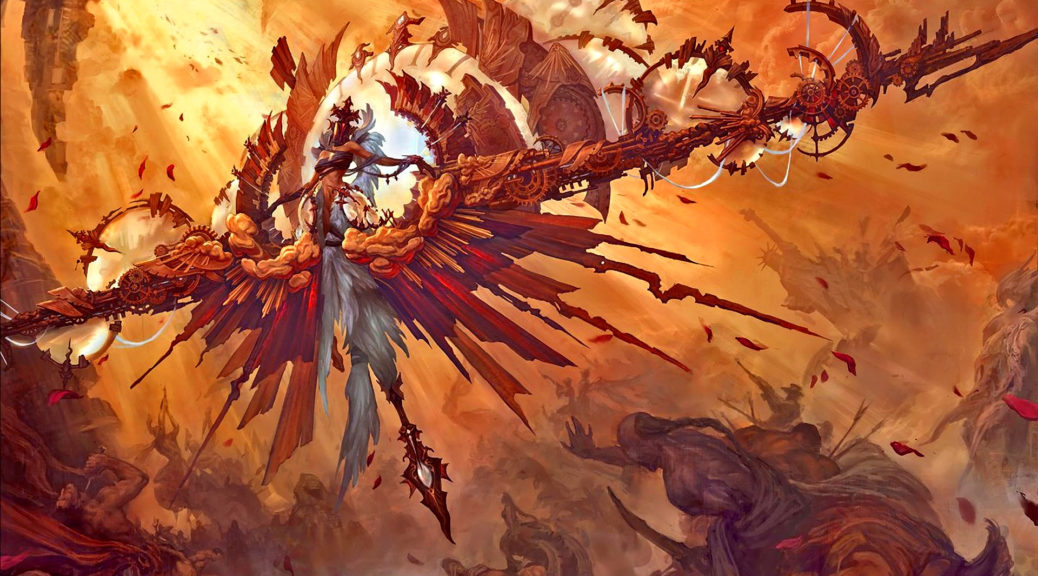 There’s no getting off of Mr. Hogwarts’ Wild Ride, and with sexy Japanese alternate art versions of cards in Collector Boosters, potentially replacing the MS Paint alternate art cards that are already going to sling a lot of boosters, we’re in for a set that’s going to make some real waves. What waves in EDH, exactly? Well, it’s too early to tell for sure since all of the cards aren’t revealed and we don’t have any EDHREC data to parse yet, but I have some ideas about where to look first.

There are a few cards that are on their way to popping already, or have popped but they might be mispriced.

The Twincasters will be included in the EDH decks and since their revelation, people have been thinking about how they might be broken.

Helm was already on its way, but this didn’t hurt it at all. I would say the reprint risk is pretty low since these were already over $10 when the decks were being built. Still, even if Helm is reprinted, a steep growth curve like this ensures it will shake the reprinting off and you’ll be able to get out for more than you paid. I have a bunch of copies in the mail I plan to ship out before the decklists are finalized but if you’re feeling diamond-handsy you can always hodl and let me know how it goes.

Rite is down off of its peak and that spells profit possibilities. It spiked recently and calmed back down and that’s a perfect opportunity to grab copies before they go even higher. I’d say the next 6 months have way more opportunities for a new impetus for this card to go up than opportunities for a reprint, and since people are holding off, expecting a printing in the precon, you can be greedy while they’re being fearful.

I don’t have any EDHREC data so, again, I’m speculating but I think this stuff likely matters.

Unlike with Adrix and Nev, it’s less obvious what will be good here. I read a couple of reddit threads where people were brewing, and if you’re not doing that, you really, really should.

Here is what could matter from Hofri, besides the obvious.

If Spirts end up being a thing at all, paying under $2 for a Kamigawa foil on this seems fine, especially with Card Kingdom selling out without anyone noticing.

Meanwhile this $5 foil never got a reprint. If Spirts are a big factor, other cards could be in play.

My inclination when someone tweets something I don’t agree with is to make sure my position is supported by data.

At first I was skeptical because I didn’t think just spirits being a thing would matter for Kykar since it seemed more likely people would build new spirits cards around new spirits commanders, which would be Lorehold and the decks couldn’t include Kykar, and would people really build Kykar? So I went looking.

I don’t know whether cards like Hofri Ghostforge are going to make more people build Kykar, but it turns out they never really stopped. Kykar is the 12th-most-built commander of the past 2 years. Here’s another thing.

Kykar is played half as much as a non-mythic that only costs twice as much as Kykar, and it’s played twice as much as a Mythic with the same number of printings that costs 3 times as much. For whatever reason, it looks like Kykar may be undervalued and even if Spirits in the new set don’t make Kykar do anything, the incongruity of a card being underpriced should do it on its own. Let’s look at the trajectory.

It’s hard to distinguish the moderate upswing it’s on right now from noise, but it could be on its way past $5 on Card Kingdom for good this time. How many copies are we talking about?

OK, then. Looks like my gut was wrong, and that’s why we always look at data.

Speaking of data, we’ll have more next week, and since the window on getting stuff is shrinking quite a bit from where it used to be, it doesn’t hurt to get updates from me more often than once a week in these articles, just sayin’. That does it for me, everyone. Until next time!