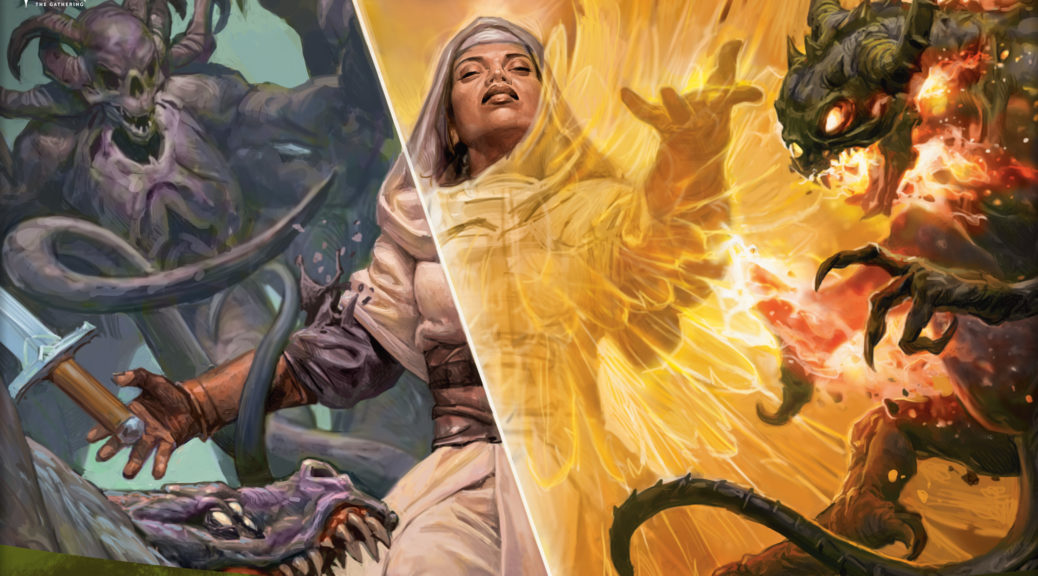 I’m back with the follow-up to last week’s article, which can’t possibly surprise you because I promised last week I’d do exactly that. If you didn’t read last week’s article, this is a weird place to jump in, kind of. You should really go read it. Is this the first thing of mine you’ve ever read? Welcome, it’s always great to make new fans. You should really read last week’s article and come back. Let that serve as the introductory paragraph where I get you used to some finance info by priming the pump with some high quality banter. If I’m doing that, I can probably cut this paragraph a little short and cut abruptly to

Strixhaven came along with some baggage in the form of Commander 2021 which was kind of Strixhaven but not really. It’s like how Commander 2020 was Ikoria but not really. Strixhaven dumped like 22 legendary creatures on us, so why not dump 20 more the same week? It’s been a lot to slog through all of this set, but it’s my job, so let’s move on, shall we?

Commander 2021 resembles Strixhaven a lot in that it has the same “colleges” which are what we’re calling guilds in this set. The colleges don’t have much overlap with the guilds from Ravnica but they have overlap with Strixhaven which means stuff that matters there will matter here and there are multiple commanders that can make the same “class” of cards relevant. There are quite a few utility cards that have extra chances to go up. Remember when we used to build a new world and then stay there for 3 sets instead of moving on immediately? It’s like that’s still a thing. Extus, Oriq Overlord is the number one commander from Strixhaven so I bet you can guess what the number one from Commander 2021 is, right?

Wrong, you guessed wrong (I assume). I know I did. The strange thing is, there is one commander from each deck represented in the rankings before any of the decks repeat, and the second commander from a previous deck isn’t from the same deck as the most popular commander. The top 2 are very close, closer than in past sets.

Osgir is VERY popular, and it’s funny that the other commander from the deck, Alibou, is the least popular and is in fact ranked below a mono-colored talking bear.

Osgir represents a trend in Commander, which is Wizards reaching out to people like Sheldon Menery for help designing Boros cards that don’t suck. People have been waiting for a Boros commander that doesn’t suck for a long time, and while Osgir is pretty boring to me, players seem super into it. In fact, let’s look at Osgir before we look at Veyran.

This deck is fairly straightforward, which is a bummer. That means it’s very playable with cards out of the box it’s in, which means that the good cards just got reprinted and anyone who bought the deck doesn’t need them from you. The other good stuff just got reprinted in Double Masters or something. That’s bad news for Ichor Wellspring, but good news for this guy.

This is absolutely going to recover from its reprint until it gets rereprinted. We’re at the bottom and I expect it to recover nicely given how strong it is. I doubt it goes back to $8, but $5 is pretty reasonable, which means it will buylist for about triple what you paid if you get in cheap, and that’s free money.

I like this under $5 as well. It’s reprinted in the deck, but while we’re talking about cards that will recover, this will recover.

I don’t see a ton of additional opportunity here, but look for yourself.

I’ve talked about this card at length in the past, but this is basically your last chance before these dry up everywhere forever.

My rule of thumb for all of the cards you look at today is that if it’s from Double Masters and you think it can recover, now is the time it would start doing so. Look at Scepter for example.

It’s basically sold out everywhere at $10, up from its all-time low of $4, so Double Masters stuff is ripe.

This was reprinted in C19 and dodged one in C21. I think this would be closer to $10 than $5 if it hadn’t gotten that reprinting, so make sure you stock up.

See that U shape we love to see? It took 5 years but got there. It’s at its pre-reprint price and climbing. It’s not the best time to buy these, but this has demonstrated it can recover from a reprinting and I think it’s about to get real affordable to buy in.

Cards like this are the reason I started developing the method I now use. It went from a completely obscure bulk rare to a car that was in a large percentage of the iterations of a new deck. This was always useful, as people will find soon, but since it damages your creatures, people never wanted to use it before Gyome made them indestructible. This is the perfect card for this deck and that’s about it. Try to get ahead of this one and sell into the hype, but I think we have a perfect graph to look at for the exact “Black Torment Rare goes from obscurity to prominence based on a Commander deck” parallel to look at the price trajectory we can expect.

Will Last Laugh hit the same as Insidious Dreams? Maybe? I don’t know. I DO know that a lot of the conditions I can think of are the same, so it’s up to you to figure out a factor I didn’t think of, otherwise you could be the one getting the last laugh (cause you’ll laugh when you make money on it, but also to make money, you’ll need copies of the card Last Laugh so it’s like a double pun. I spoil you).

Anyway, that is all of the obvious stuff. I’ll dive deeper next week, but I should say a LOT of the cards in most copies of the decks are in the precons and therefore not really financially relevant. We can talk about whether they should be, but they are and that’s reality. We need to dig deeper to find cards like Last Laugh, but once we do, we should be prepared to bet money that they’ll hit like cards that are obvious to non-players did. I’m rooting for it, that’s for sure, and not just because I suggested it. That’s it for me, readers. Thanks for reading, and hit me up in the comments for once. Until next time!