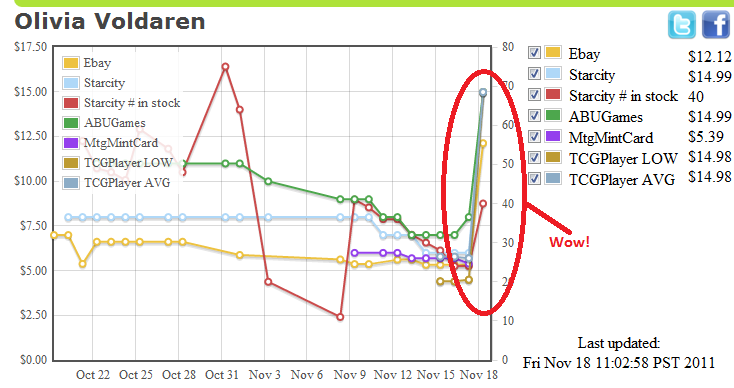 We’re steadily moving towards our target “beta 1” release date of December 1st. We still have a few more major vendors to add, some tweaks to make to the “fair trade price” algorithm (which I’ll outline soon), two major features and a LOT of bug fixes (right now, Planeshift is entirely missing and the site has lots of missing prices and some missing cards.) Oh, and foil cards too 🙂

Still, we’re making steady progress and met another milestone yesterday with integration of the prices from tcgplayer.com and their affiliated stores. TCGPlayer collects information from a large number of smaller stores – something that si generally harder to track and we greatly appreciate them allow us to use their data on this site.

As always, if you have any comments, please let us know below!