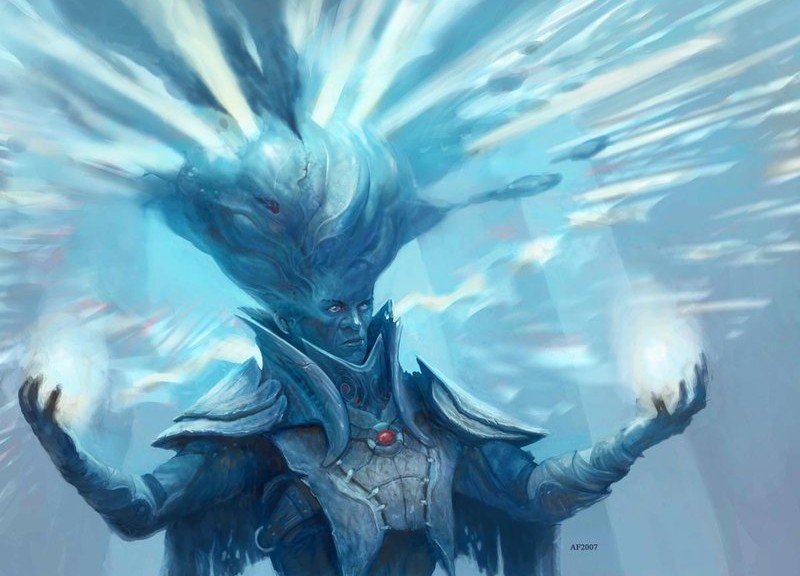 When this article goes live, I’ll either be in or en route to Las Vegas, along with what feels like what must be a quarter of the Magic-playing population. I haven’t been aboard the #hypetrain that three-fourths of my Twitter feed has been, mostly because I’m incapable of experiencing these “emotions” I hear people constantly have, but I’m looking forward to it nonetheless.

I suspect that my plan for the event is similar to many: I’ll participate in the main event because I’m there and it should be fun, but it’s hardly the flagship activity of my attendance. Other activities, all just as important, will be two-headed giant events with friends, social mixers with various Magic personalities I’ve yet to meet in person, distributing MTGPrice loot to a handful of individuals, writing up coverage about what’s hot on the floor, taking in a show or two, and maybe even hanging out at the pool in the naked desert sun. If you see me wandering around the floor, feel free to stop me and say hello. I’m always happy to meet the few poor souls that read my articles.

I’ve spent the last three weeks writing about Modern Masters 2015, so I’ll spare you from that this week. After all, big price movements will be happening after all the events wrap up and tens of thousands of cards end up hitting dealer buylists or local binders across the world. A week or two after the festivities will be a good time to check in on MM2015 again. In the meantime, let prices settle a bit, enjoy the draft format, and see what else is going on.

With Dragons of Tarkir fully in the rear view mirror and Origins a good six weeks away, we’re smack dab in the middle of Standard set releases. This makes it a good time to discuss cards whose value can and frequently does run up close to release dates. I’m speaking of cards on the banned and restricted (B&R) list.

It seems that nearly every regular set release is accompanied by B&R speculation. What’s coming off the list? Are they finally banning card X? Was last weekend’s GP enough to push them in one direction? What would be good if format Y gets card Z back? And so on and so on. Speculation runs rampant. People make absolutely ridiculous claims about what would be fair to unban and how good the card would or wouldn’t be if legal.

Perhaps a bit anecdotal, but it feels like Modern chatter is cyclical to me. A set release will bring with it extensive B&R speculation, and when the article finally goes live on DailyMTG, we get an answer one way or another. Banned cards hit buylists within minutes, unbanned cards are bought out even faster, and social media fills with complaints about dealers that cancel orders. Unbanned cards mostly fail to make an impact and prices slowly fall away over several months. Golgari Grave-Troll is a perfect recent example of this. 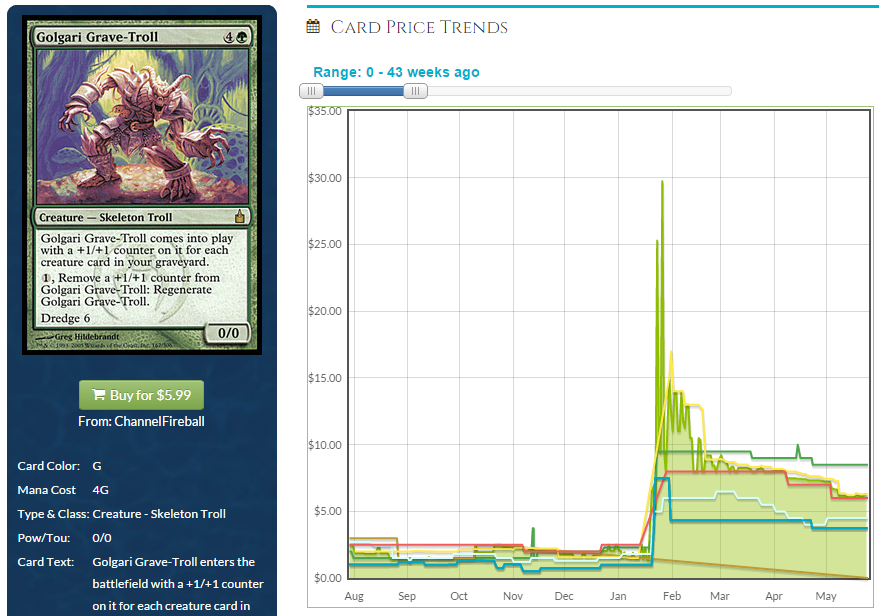 By the time the next set release rolls around, nobody seems to be talking about anything. I often forget that it’s going to happen until a day or two beforehand. The article is posted, no changes are made, and life goes on, at least until the next update is two weeks away and the speculation mill starts up again.

Back when Fate Reforged was on the horizon, everyone thought Bloodbraid Elf was coming back. Check out the price graph: 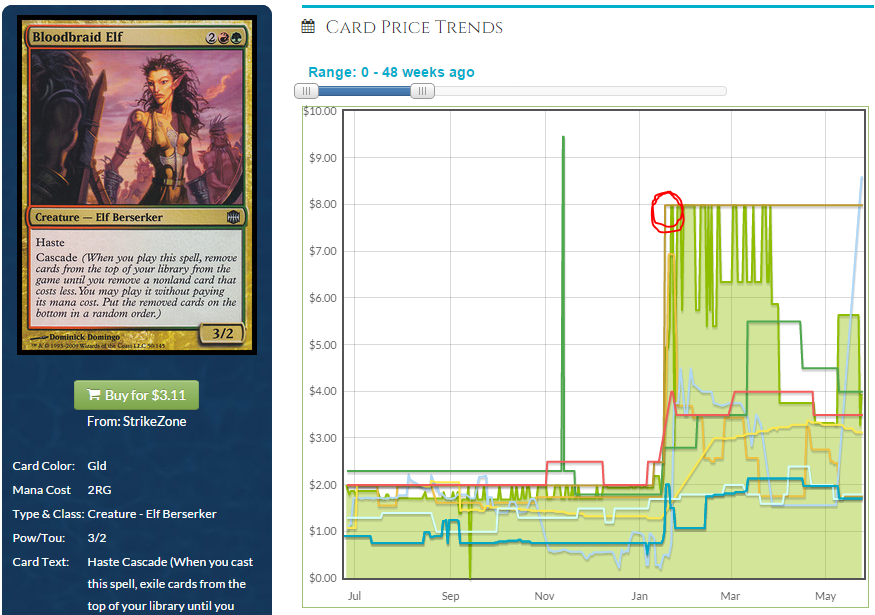 What’s amusing here is that 90-degree turn in the red circle is about a week before the update occurred. Rather than waiting for the update to find out if BBE would actually come back, people began moving in hard entirely on speculation. The update came and went, BBE stayed banned, and now we’re back to about $4, half the price of its frenzied peak, and double-ish the pre-rise lows.

Movement on cards ahead of B&R updates is happening earlier and earlier, and is exactly why we’re talking about this in the middle of two set releases, when speculation on the list is at its lowest. The time to buy cards coming off of the B&R list isn’t seconds after the update—everyone and their dog is trying to do that. Somewhere between a fraction to all of your orders will get cancelled, and you won’t have the cards until after the prices have already started to settle. If you really want to profit on B&R list updates, waiting until the list changes is a fool’s game. Action is required when nobody else is paying attention—now, essentially.

This is the primary lesson of today’s article. You don’t make money by buying cards immediately after updates. You make money by picking up cheap copies when nobody is looking, and then selling everything you have the second it’s unbanned. 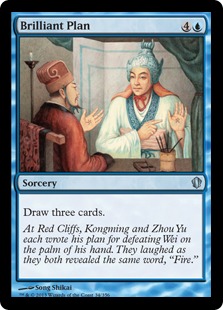 The secondary component of this article is looking at what’s on the B&R list today that’s worth picking up. Two key factors on this exercise: there’s no certainty whatosever in this process, not in the way that “Tasigur is going to go up” or “reserve list cards are safe” are certain. A card could be considered by the entire community to be impotent in a format and undeserving of a ban, but until WOTC scratches the name off the list, it’s going to languish in the bulk bin.

The other factor is urgency: there is none. You don’t have to run over to SCG or TCG or ABU or whatever immediately after reading this and go deep on Black Vise. My preferred acquisition on B&R targets is slower and less deliberate. If I see one in a trade binder, I’ll pull it out. People are often happy to move a card that has no immediate applicability. If I’m placing an order for something, I’ll see if they have any of my preferred banned cards in stock at reasonable prices. I also scan big sales like SCG’s back-to-school  for discounted cards on the list. Hall off on Mind Twist? Sure, why not.

All of that said, what’s currently on my watch list?

Bloodbraid Elf
While she missed last time, I’m confident that we’ll see her again eventually. There’s a good reason her price ran up so high before: a lot of people think she’s completely fair to add back into Modern, especially with the introduction of Siege Rhino as competition at the four-slot. If a portion of the community thinks that she’s fair to reintroduce to civilized society, there’s a good chance a few decision makers over at WOTC feel the same way. Also consider that when BBE was banned, Deathrite Shaman was legal. now that DRS is gone, the Jund strategy that BBE was supposedly propping up has mostly disappeared, replaced instead by Abzan.

Before the huge run-up in price, I liked FNM copies at $3 to $4. Post-surge, this price has stuck a lot closer to $10, unfortunately. While promos would probably hit $20 or more if she was actually unbanned, I like the normal copies more right now. They’re considerably cheaper, with $2 copies available if you look, and these will spike to $10 or more should she return. It’s also a lot easier to pick up a few $2 copies here and there than $10 copies.

Green Sun’s Zenith
With Birthing Pod’s departure, there’s a lot more room in the format for GSZ. The largest roadblock to Zenith returning is Dryad Arbor, as a single Arbor in your deck means that GSZ is always a better Llanowar Elf on turn one. A popular solution is to ban Dryad Arbor, which adds absolutely nothing to the format right now, and unban GSZ (hell, it’s worth banning just for that FTV: Realms art. How a card that deceptive passed inspection is beyond me).

Admittedly, this card was more interesting last year, while the price was still south of $5. Since 2014, we’ve seen the buylist increase significantly to keep pace with what appears to be casual and EDH demand. That’s good news, though. A solid demand profile without existing competitive appeal means that we’re unlikely to get burned holding copies, and prices could continue to rise from other sources while we wait for an unban. If this ever comes back, I expect prices in the $25 to $35 range out of the gate, and I’ll be right there with every copy I have.

Jace, the Mind Sculptor
I just want to take a moment to say that this is actually a terrible card to pick up on unban speculation. WOTC’s offices would be burned down if they unbanned Jace without printing a butt-ton more copies at the same time. Stay away on Modern speculation.

Black Vise
The fact that people are scratching their head on this card every three months bodes well for Black Vise. Listening to people that know more about these strategies than I, it seems that this card is a completely fair addition to Legacy. A facet of the card is that it provides a way for burn strategies to beat up on combo decks that don’t manage to go off immediately, which is helpful in a matchup that currently leans heavily in combo’s favor.

With both Fourth Edition and Revised printings, there’s no shortage of copies out there. I’m targetting FTV copies, since it’s the only foil that exists. At $2 each, this is an easy $5 to $15 card should it get unbanned.

Mind Twist
Losing your entire hand to someone on turn one or two is the biggest fear with regards to Mind Twist. Some combination of land, Dark Ritual, Grim Monolith, and maybe another rock or two means you can take five to seven cards out of an opponent’s hand before they can meaningfully interact. However, under a slight bit of scrutiny this fear is easily allayed. A single Force of Will completely screws the guy casting Mind Twist, since he went all in to cast it, and his opponent is now only down two cards instead of six. And even if the Twist resolves, what’s left to do? The Twister casting it has a land, and maybe a mana rock or two left over, while the Twistee has maybe one card remaining. Advantage goes to the Twister, sure, but it’s not like the game is locked up. Both players are in top deck mode. Land, land, Tarmogoyf out of your twisted opponent is going to suck big time.

At $2 to $3, the buy-in is quite low. Like Black Vise, we’ve seen this in Fourth Edition and Revised, but at rare rather than uncommon. Concerns over the card being too good will abound in the days following the unban, with plenty of dark mages looking to play Twister in the near future. This will be $10 easily with a return to Legacy.

Mind’s Desire
I really doubt it, but I’ve got a small stack just in case. With only a judge promo and the original Scourge copies on the market, and a nearly guaranteed four-of status in any deck where it sees play, the reward is high enough for the risk that this never comes back.

These are my current favorite B&R list targets these days. I’m curious to hear arguments for other options in the comments. Remember that the best time to scoop up these types of cards is exactly when nobody is talking about them. Set alerts on your calendar to remind you when to start looking if you have to.

As for those of you heading off to Vegas: see you on the floor!

One thought on “UNLOCKED PROTRADER: Going Hunting on the Banned and Restricted List”